The mosque has a pink exterior topped by two huge 18 storey high octagonal minarets with marble domes. The structure also has three huge bulbous domes, an impressive main hallway with attractive pillars and marble flooring, similar Mughal architecture to that which can be seen at the Jama Masjid in Delhi. 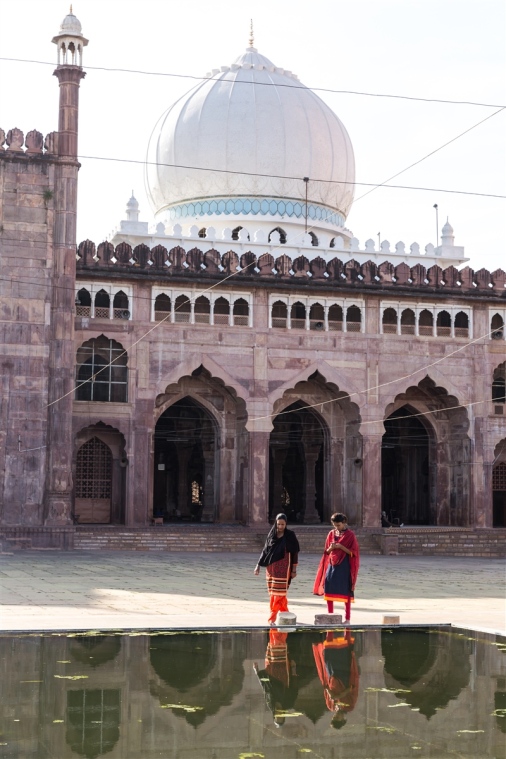 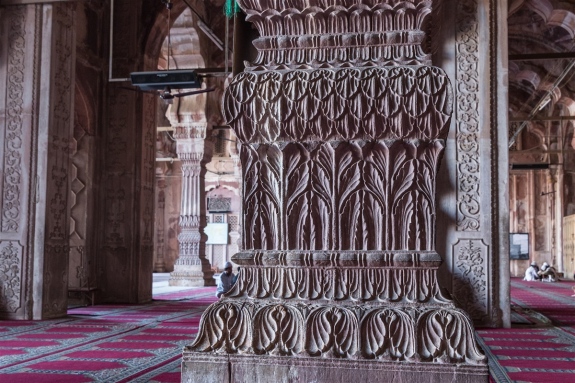 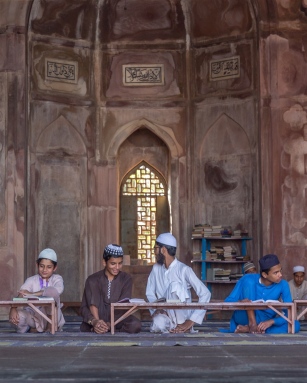 The mosque is used as a madrasa (Islamic school) during the day time, so when you visit there is always quite a lot of activity going on. I believe the school starts at 6am, if you were looking to visit here early in the day. 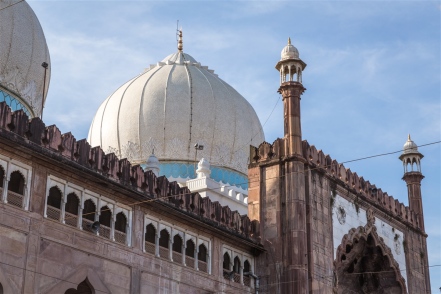 The mosque’s construction started during the reign of the Mughal Emperor Bahadur Shah Zafar, by Nawab Shah Jahan Begum of Bhopal (wife of Baqi Mohammad Khan). The building not only continued through her lifetime, but also that of her daughter Sultan Jahan Begum. 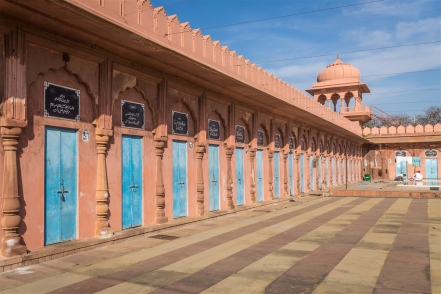 Lack of funds was the primary reason why the mosque took so long to complete, as well as a lengthy dormant period due to conflict up until 1857. Construction was finally resumed as recently as 1971 by Allama Mohammad Imran Khan Nadwi Azhari and Maulana Sayed Hashmat Ali Sahab of Bhopal. Finally, in 1985 the building of the mosque was completed, just in time for the eastern entrance gate to require some renovations.

My first visit to the mosque was late in the afternoon, usually a good time for photography but not when the sun was shining on the courtyard just behind the mosque itself. So I returned 10 days later at night, hoping the building would be open to visitors and I might be able to capture the structure lit up at night.

Although there weren’t any other visitors, I was allowed in and spent what much have been an hour trying to do the place justice at night. If you are able to do likewise, it is well worth the effort ! 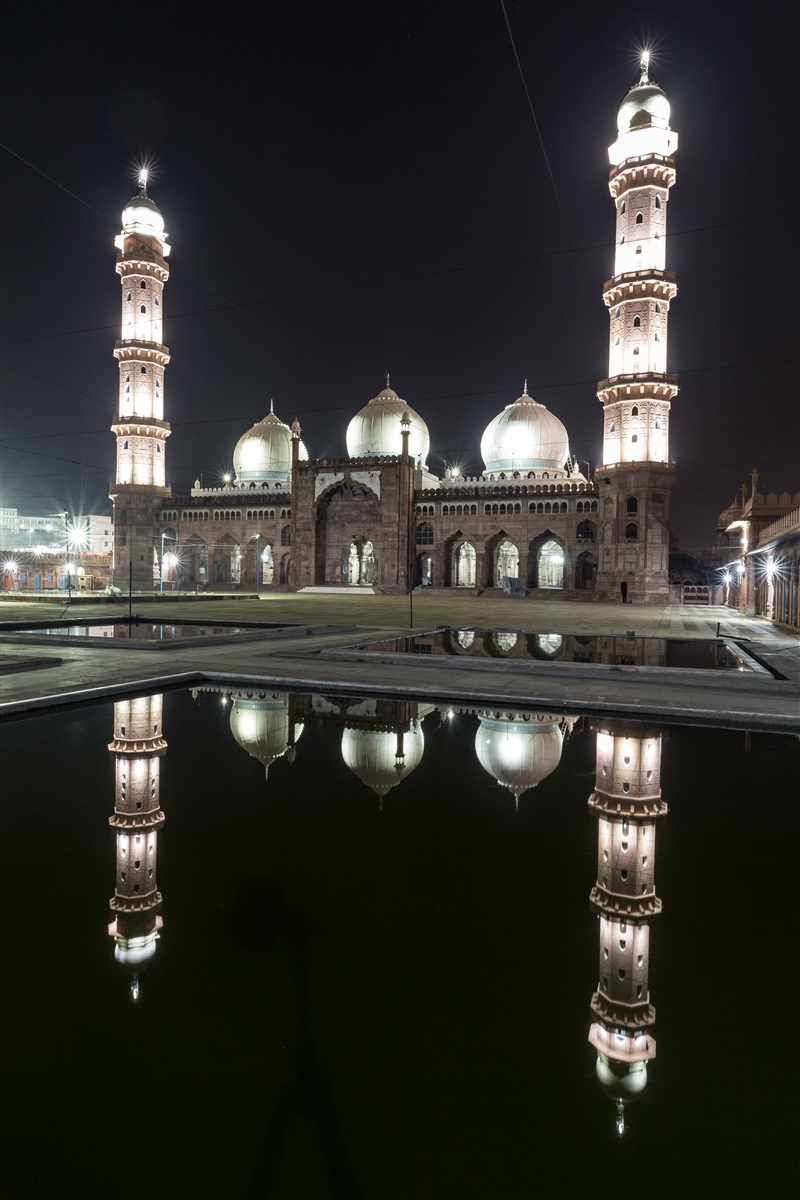 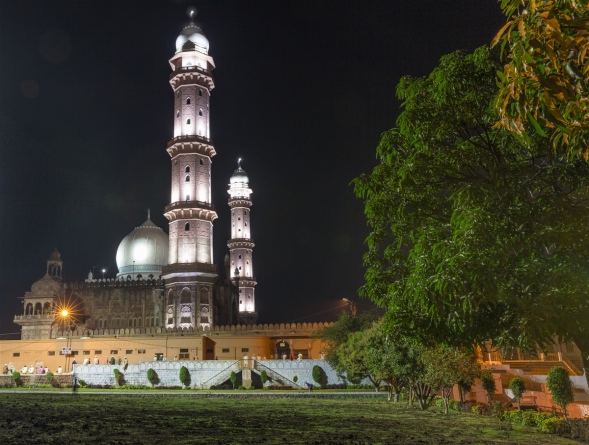