“Leh, Ladakh – you must go to Leh, Ladakh !”. I’ve lost count how many times I was told this during my work visits to Pune over the last 10 years. I’d never heard of the place, but knowing it was in the foothills of the Himalayas and having loved my time in Nepal, I figured this was somewhere I was likely to fall in love with. And I have, many times over.

I spent a week here in June 2014, perhaps the perfect time to visit the region. A couple of days set aside for exploring Leh itself, then two one day excursions along the valleys Gompa hopping, before spending a further three days in the Nubra Valley. In terms of the itinerary, it was just about perfect. But I want to go back, and soon…

There are two primary sights I wanted to visit in Leh itself, Leh Palace and Namgyal Tsemo, both right next to each other.

The Palace is a little dilapidated and partly gutted, but the nine story fort like structure dominates the landscape, an imposing edifice. Ladakh’s king Sengge Namgyal built the palace in the early 17th century, but it has been damaged many times by invading forces.

Reaching the Palace on foot is an interesting experience. It’s best approach via the maze of narrow alleyways that thread through Leh old city. Here I was sometimes walking under the cover of buildings that had been laid over the top of the pathways, testament to how old these passages are. The view from the top makes it all worthwhile.

Sadly, I missed out on some of the temples that reside before the palace entrance. There’s no signage, so you’re left to figure things out for yourself. A return visit here will mean I can finally see Gompa Soma, Chamba Lhakhang and Chnrezig Lhakhang.

Once inside the palace, you’re left to your own devices to explore and see where your senses take you. The palace is a labyrinth of corridors, halls and small chambers – quite run down and it’s easily to get a little disorientated.

Within the palace complex I came across a door, unmarked, but I decided to go in. This opened up into a small temple that was simply a photographers dream. It was dark but luckily I had the tripod, thankful that I had made the effort to walk up to the palace with it.

I have no idea the name of this small temple, if anyone can enlighten me I’d appreciate it ! 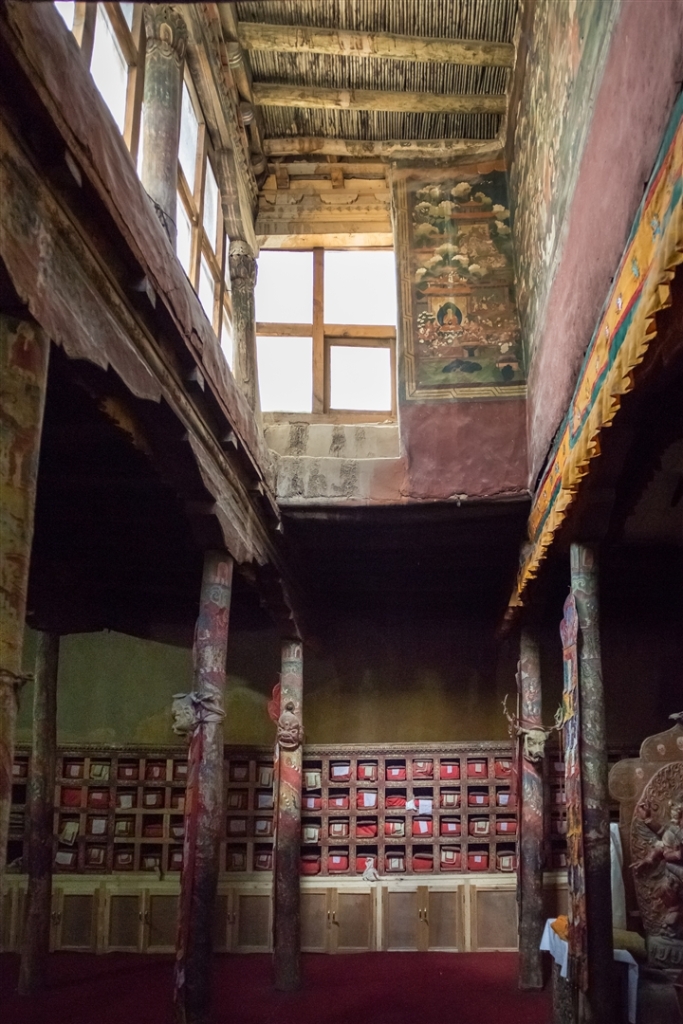 Upon exiting the Palace it’s worth exploring the exterior for some nice views of Leh and the backdrop of mountains. 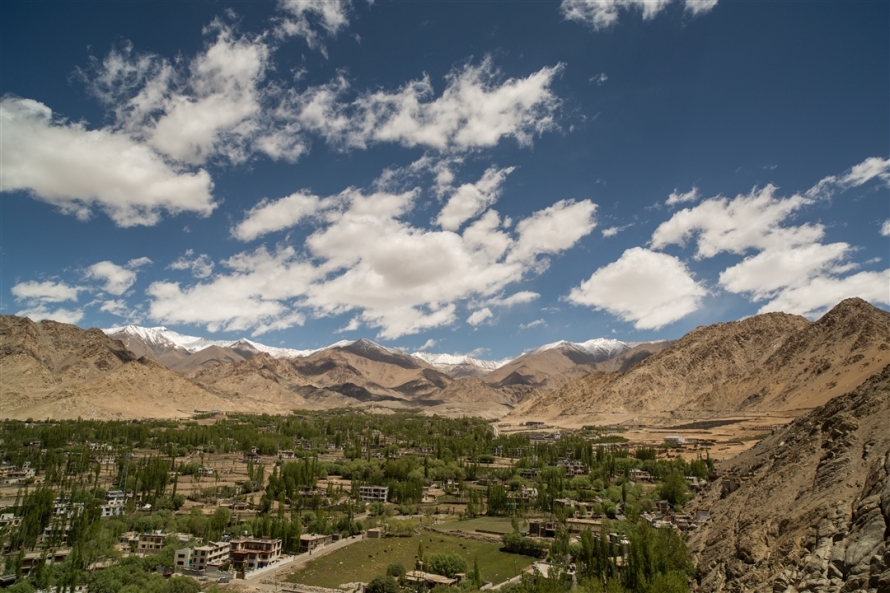 To the east of the palace, high up on the crest of a ridge, lies Namgyal Tsemo (Peak of Victory). You can drive up to this gompa but I chose to take the zig-zag path from the level of the palace that slowly traverses the hillside. It’s quite a climb, but worth the effort.

This is the 16th century palace and fort of King Tashi Namgyal, and Leh’s first royal residence, although historians believe there was a fortress here dating back to the 5th century. 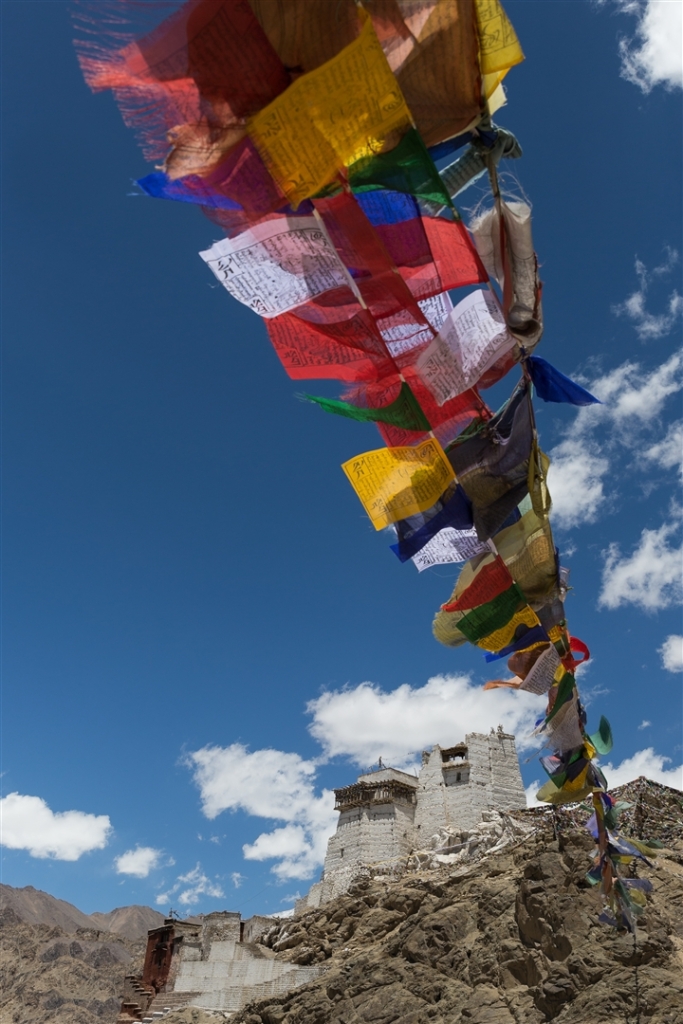 If you want to properly explore the area on foot and you’re staying in Leh, I would recommend almost a full day. This ensures a steady pace (don’t forget the altitude!), and gives you plenty of time to see what lies behind those doors with no signs outside. Be happy to get a little lost, it will be worth it…

The next two days I spent exploring the many monasteries in the region. I decided the best plan of attack was to spend one day exploring the region to the south of Leh, and then to likewise explore the north.