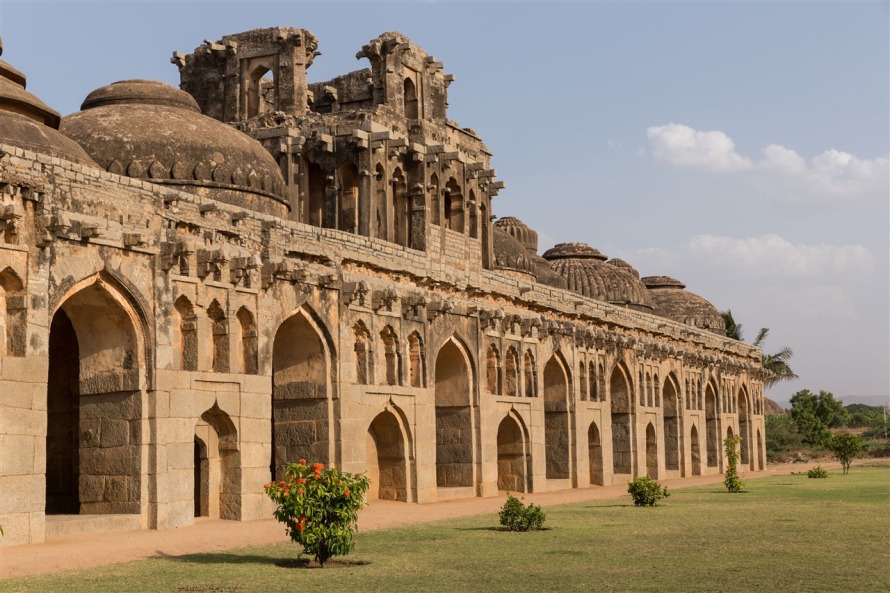 Having rested for a while in the pretty gardens surrounding the Lotus Mahal, I exited the Zenana Enclosure through a doorway in the east wall which leads to the Elephant Stables.

This is by far the most impressive and imposing courtly structure in the Royal Centre of Hampi. 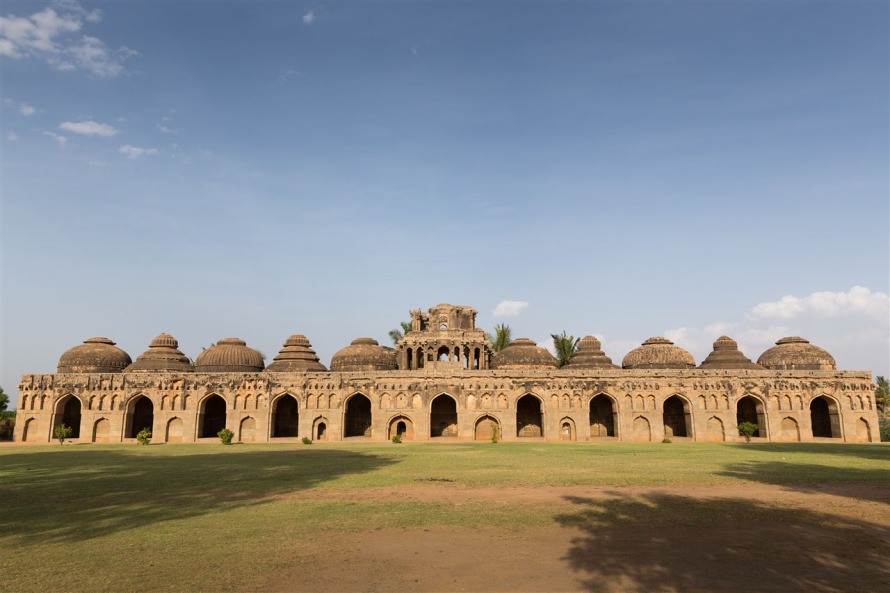 Arched openings and wall recesses dominate the exterior, with a large open space at the front which I can imagine was used as some sort of parade ground.

It’s believed that each individual stable housed two elephants. Metal hooks can be seen on the inside roof of each stable, used to tie the elephants, plus a small manhole type opening (now bricked up) which gave rear access when the front doors were closed.

It was a beautiful time of the day when I visited, late afternoon and entering what we call the “golden hour” for photography. I wish I could see all of Hampi with this light and slightly cooler temperatures.

At the south end of the Elephant Stables there’s a path heading east which takes you to small cluster of Hindu and Jain temples that once lined one of the principal roads of the city.

Unfortunately I’m not quite sure at which temple the these photographs came from, my best guess is what’s labelled on the maps as the Vishnu Temple Complex. 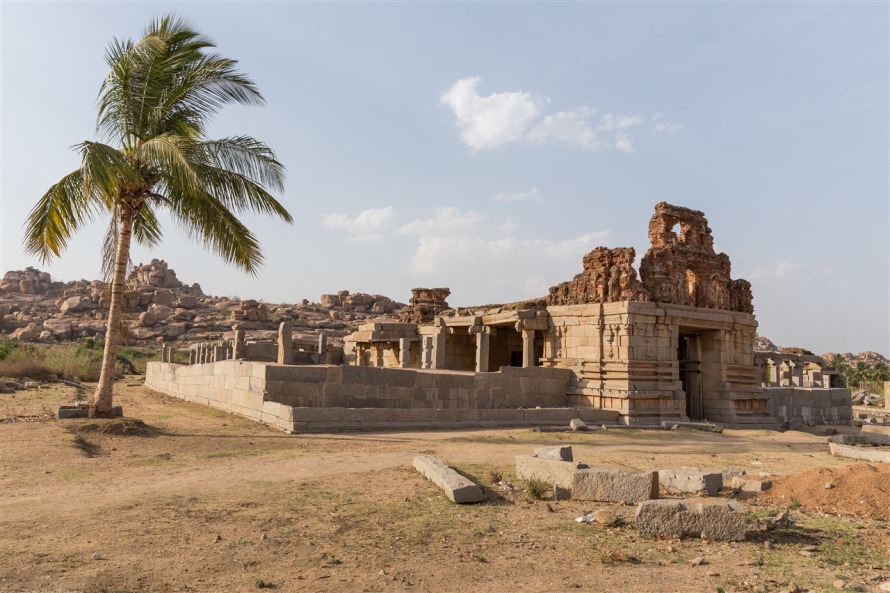 These are of course hardly ever visited, but it’s a glorious setting to be in as the day draws to a close. Once again the ruins and their surrounding landscape leave you feeling deeply connected, and very much at peace with the world.