Dominating the shore of Lake Pichola, the City Palace in Udaipur is enormous. The same can be said for the crowds of people that visit the Palace each day, so if you are staying in Udaipur try to get there early before the steady stream of coaches arrive.

If you enter the palace from the north (furthest away from the lake), you will first come to Manek Chowk, a large courtyard with shops and restaurants that offer views overlooking the city. Here you can also see the impressive multi-storey walls of the west side of the palace, with upper level balconies and carvings.

Stairs lead up to the entrance of the City Palace Museum, this isn’t a series of rooms with glass cases, the museum is effectively your tour around the palace. The route takes you through 17th century rooms and a series of pretty courtyards. 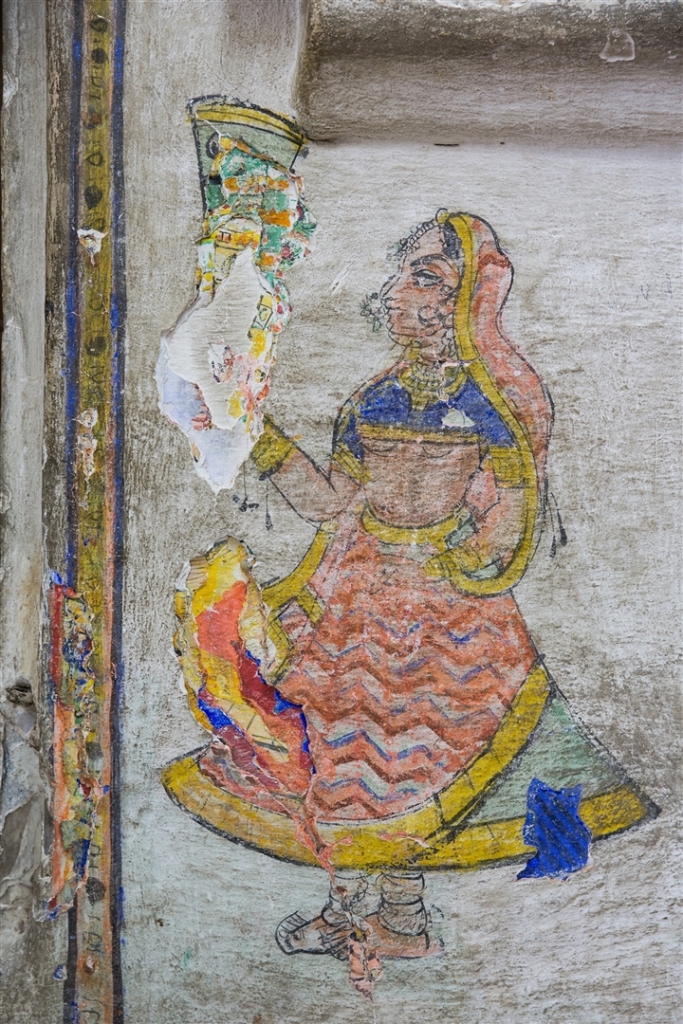 The oldest parts of the complex date back to 1567, when Maharana Udai Singh founded the city as the new capital of Mewar. The complex was subsequently added to by many rulers bringing a mix of architectural styles. About half the palace is now hotels, and the central part is a large museum. 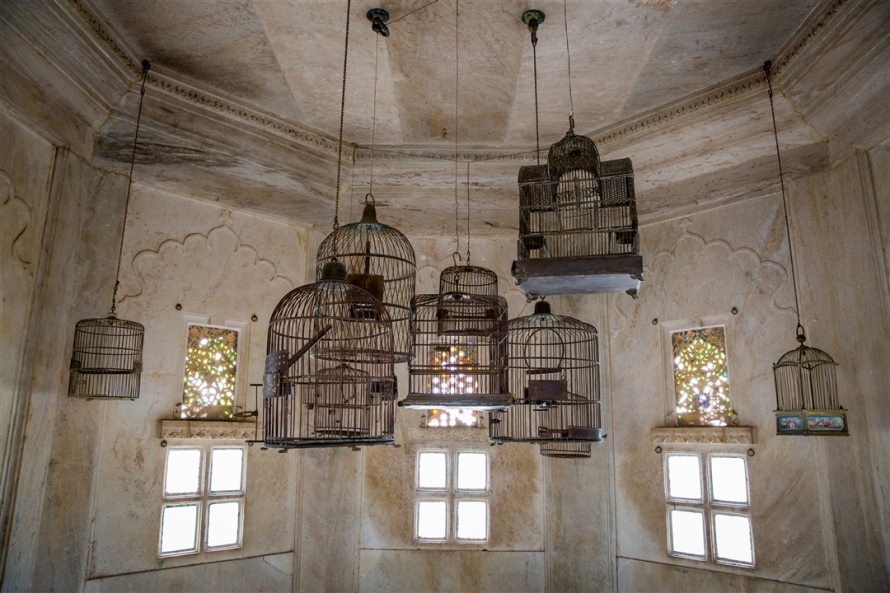 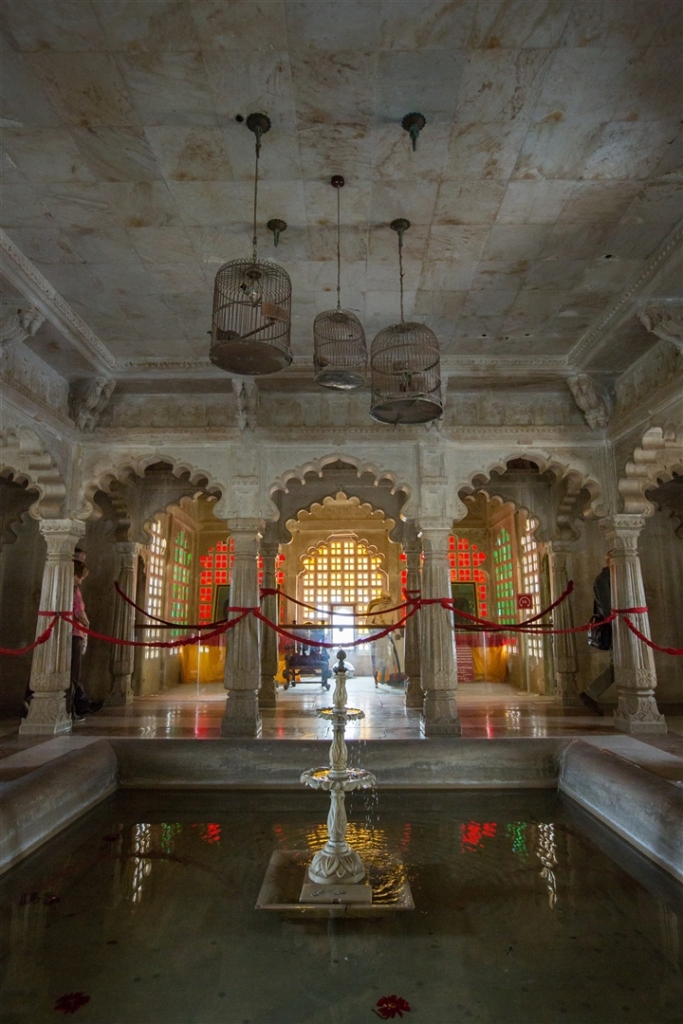 This roundabout route eventually takes you to Moti Mahal, or Pearl Palace. Here the rooms are highly colourful with glass and mirror-work. 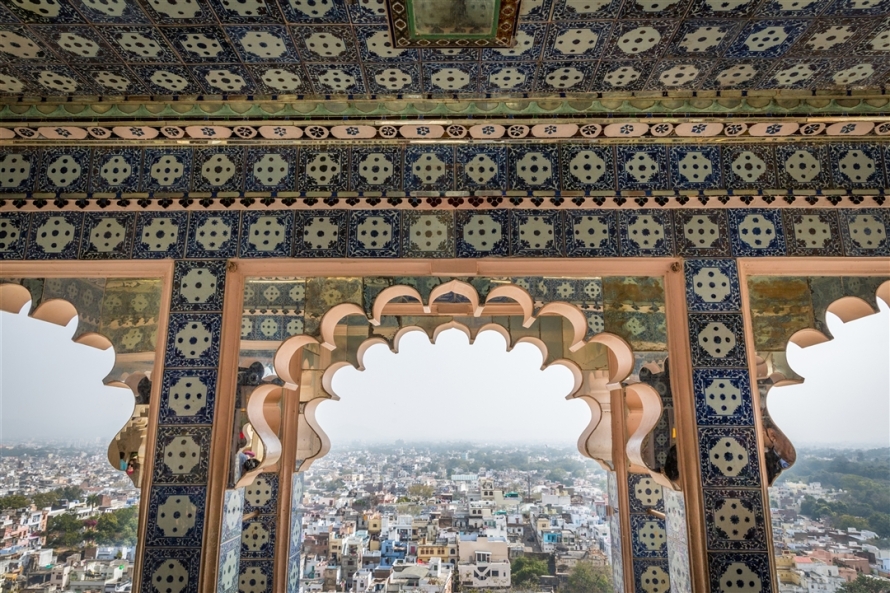 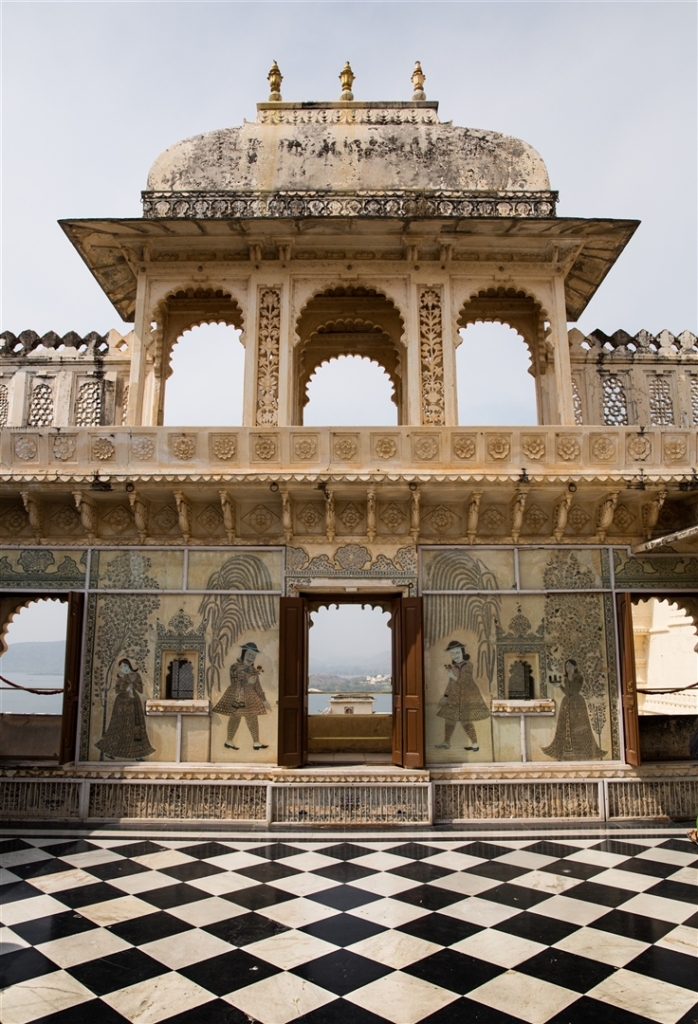 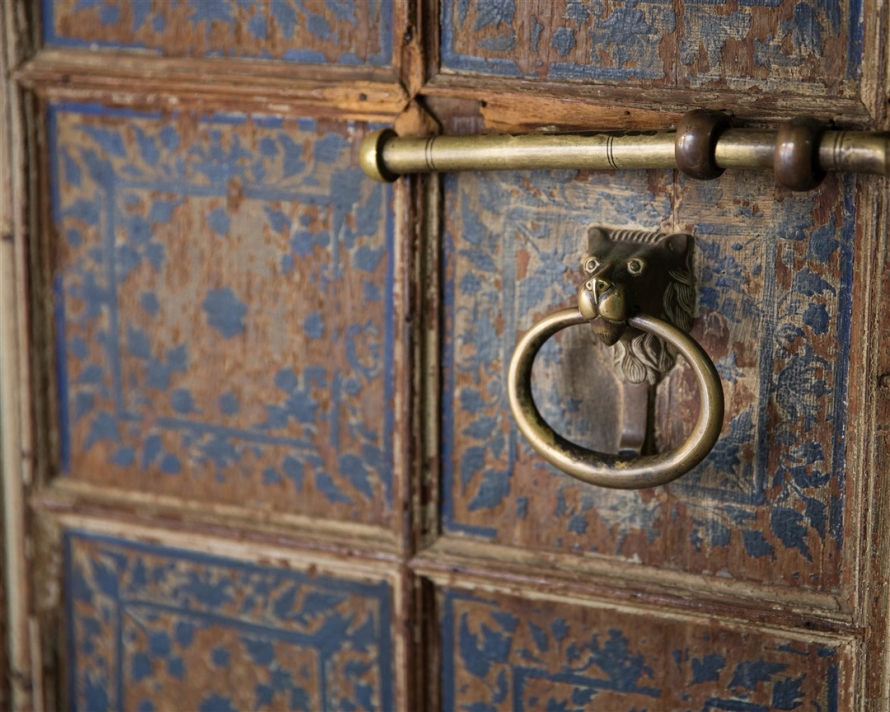 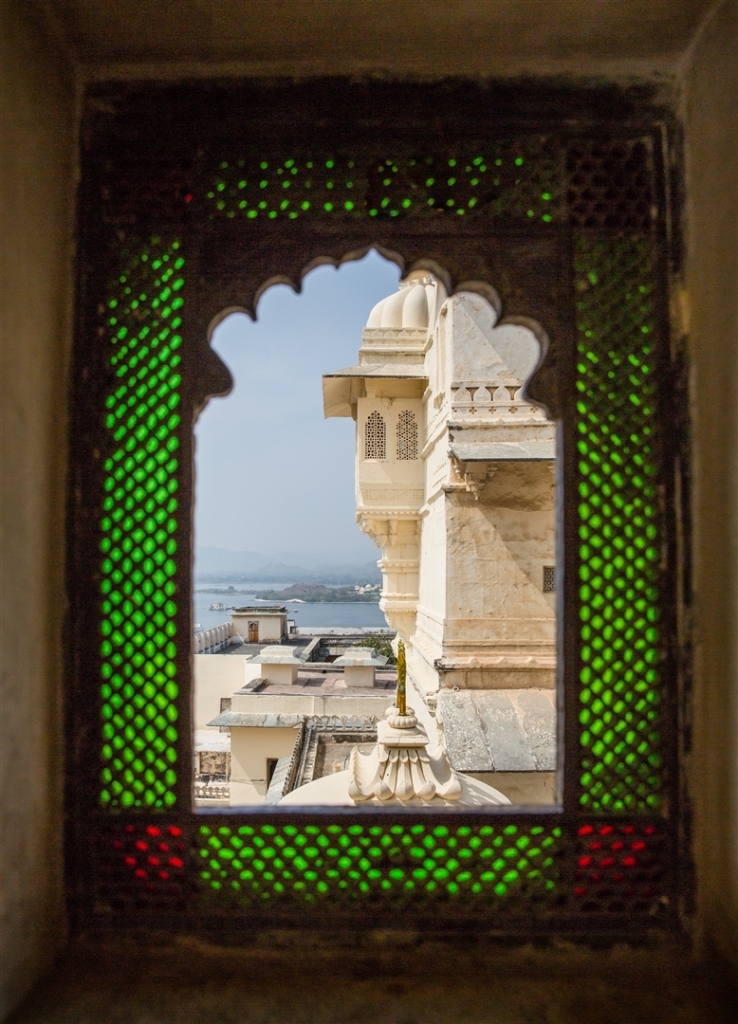 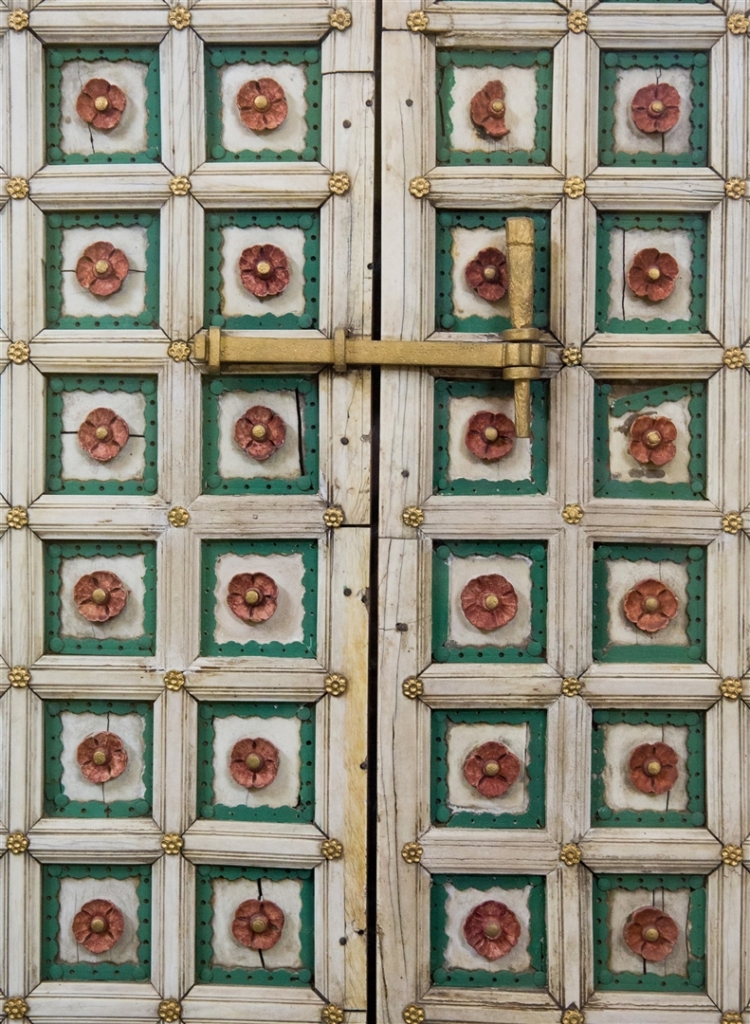 You should set aside a good couple of hours to see and appreciate  the inside of the City Palace, and if you arrive after 11am be prepared to do battle with plenty of other people wanting to do the same. However, it is worth the effort – I have to admit a lot of the interior came as a surprise to me. 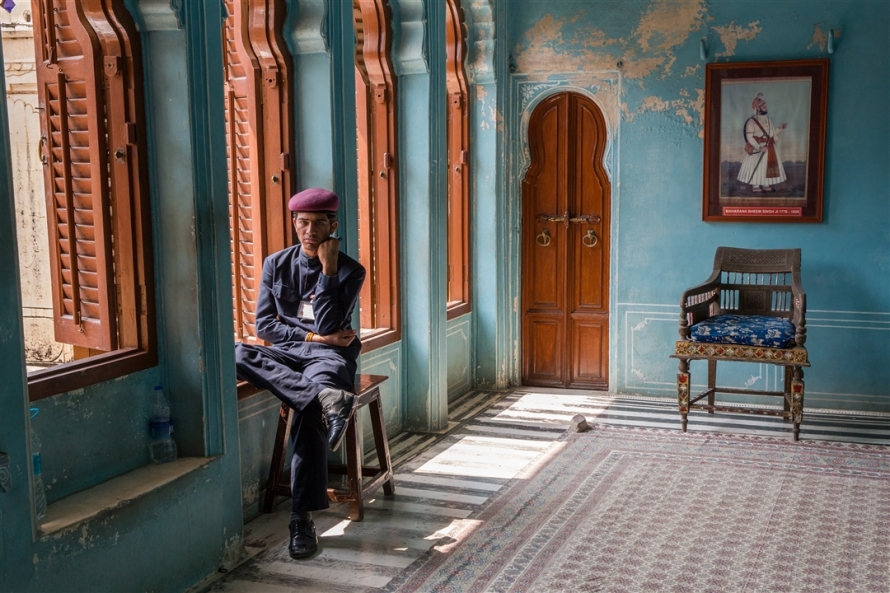 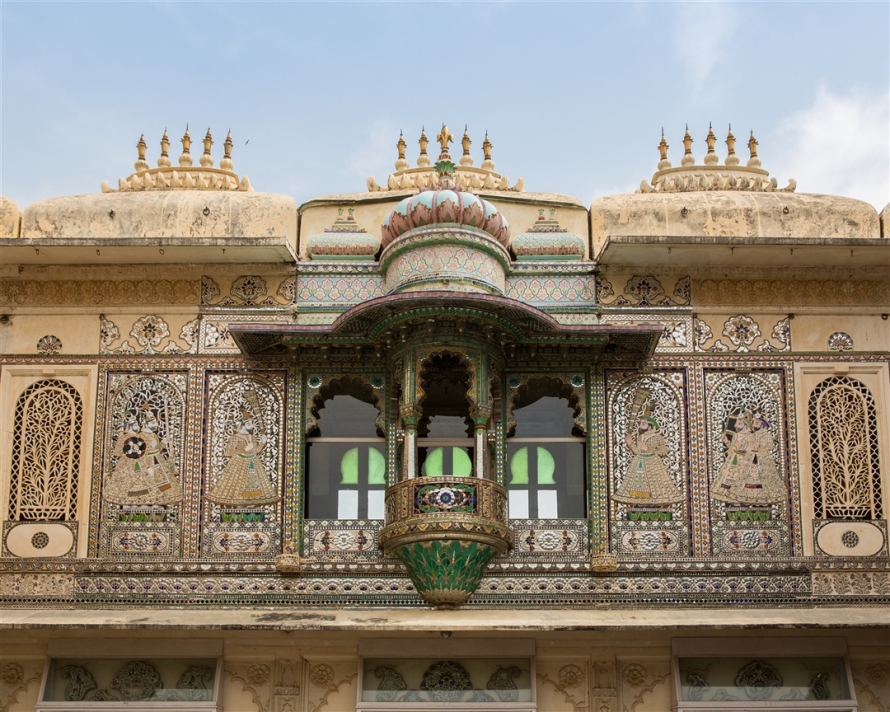 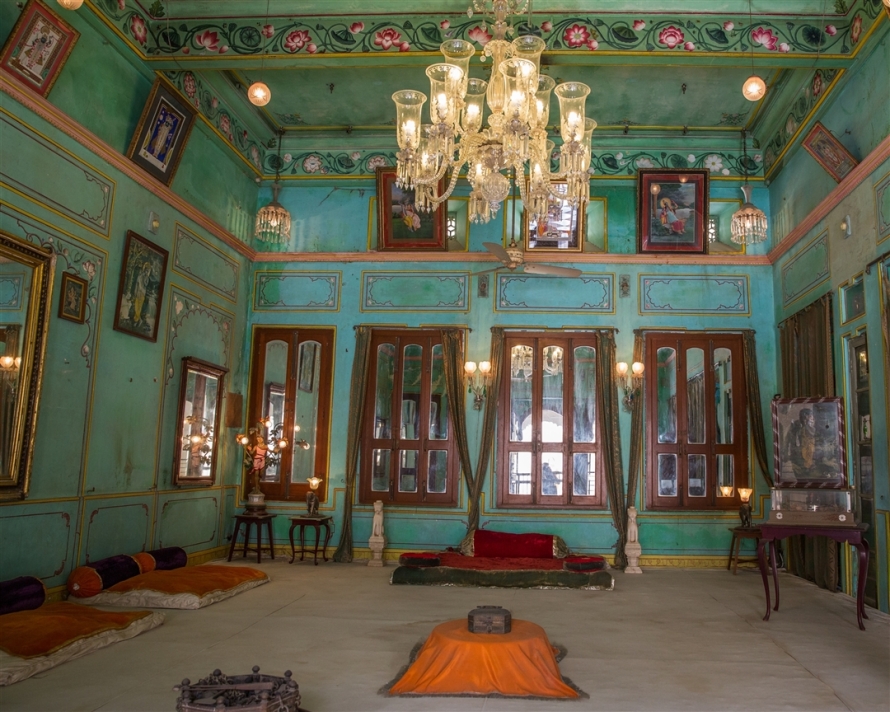 As the Palace complex is open until 10pm, it’s well worth returning to view the exterior at night. I’d also recommend taking a walk down to Gangaur Ghat, crossing the bridge nearby, and turn left to view the palace from across the lake. It’s a safe area to walk at night, and there’s also plenty of hotels and restaurants on this opposit shore that you can stop off at. I had my best Dal Makhani ever in one of them 🙂