Of all the ways to reach Siem Reap, the hub that serves for visiting Ankor Wat in Cambodia, I imagine arriving by boat is perhaps the best way to do it. The tour I signed up with offered just that, a boat trip along the Sangker river starting near Battambang that eventually feeds into the Tonlé Sap lake and on to a small village adjacent to Siem Reap.

The Sangker River (also spelled Stung Sangkae or Stung Sangké) is approximately 250km long and is one of the main rivers in Battambang Province in north western Cambodia. 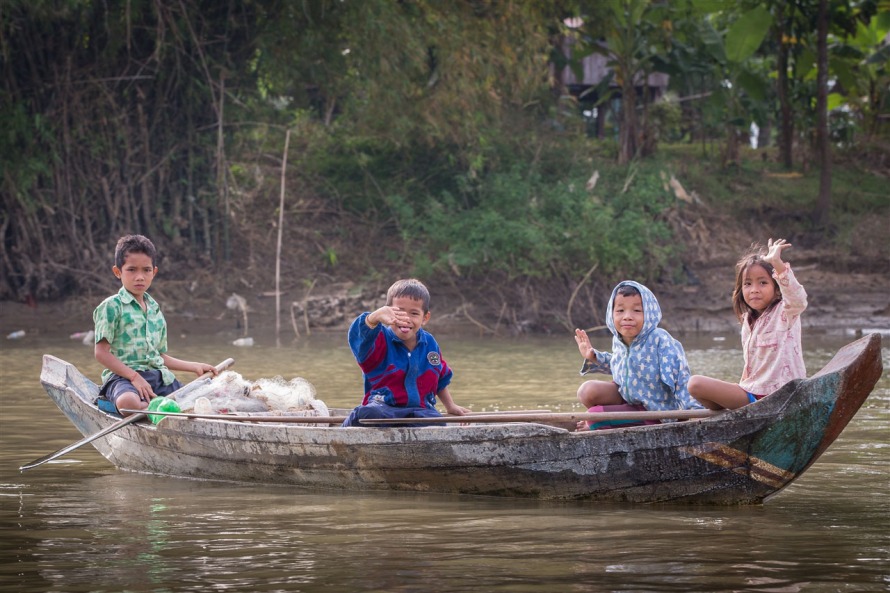 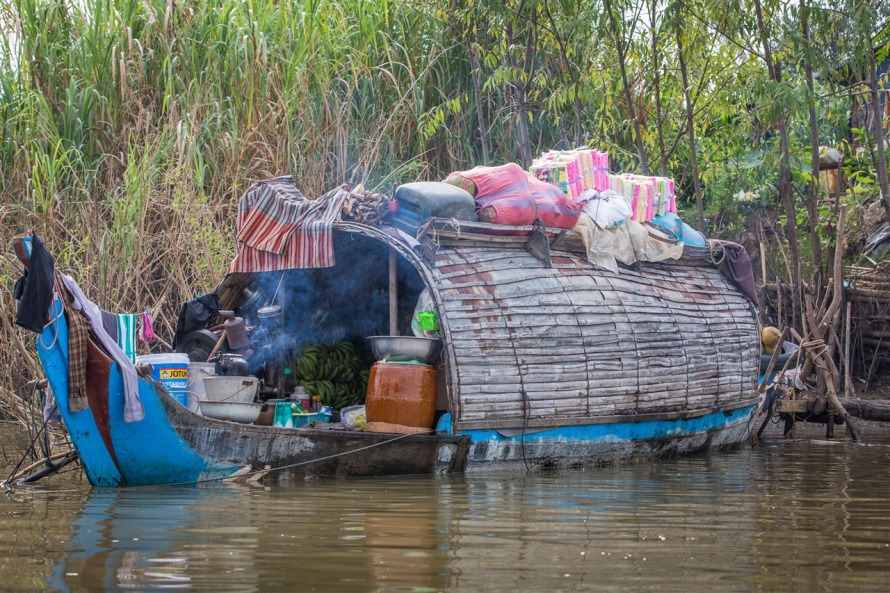 The amazing thing about the river is the seasonal change in it’s depth. During the dry season it’s a mere 2.5 meters, so shallow that many boats are unable to navigate it’s waters. However, during the wet season it rises to a staggering 7 meters…the difference is essentially the height of a two storey building ! 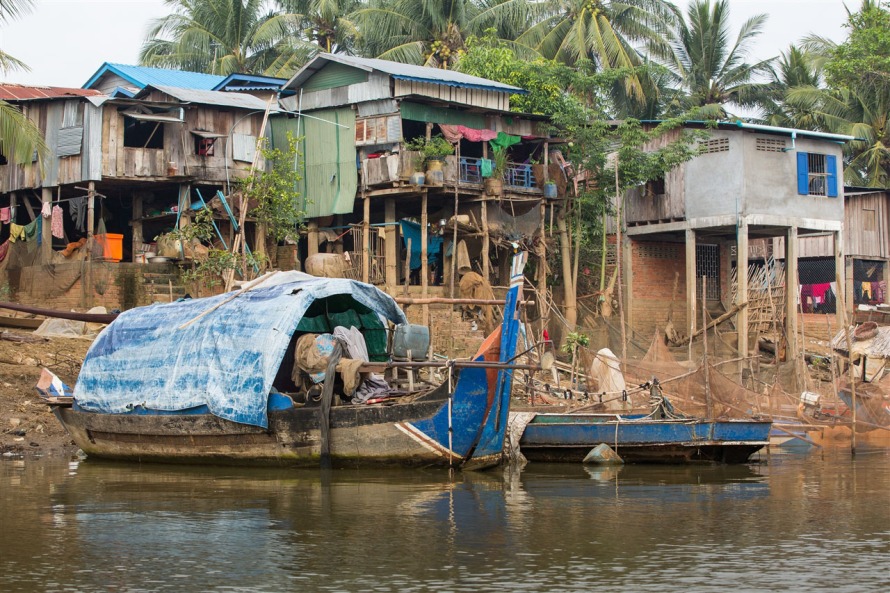 The Tonlé Sap lake has a similar change in depth. For most of the year the lake is fairly small, around one meter deep and with an area of 2,700 square kms. When water is pushed up from the Mekong river into the lake, it increases its area to approximately 16,000 square kms, with a depth of nine meters.

This expansion floods the nearby fields and forests, providing a great breeding ground for fish. The maximum height occurs in August and September, when the Mekong River swells massively as it collects melted water from the Himalayas as well as heavy monsoon rains in its upstream drainage basin which spans a staggering five countries. 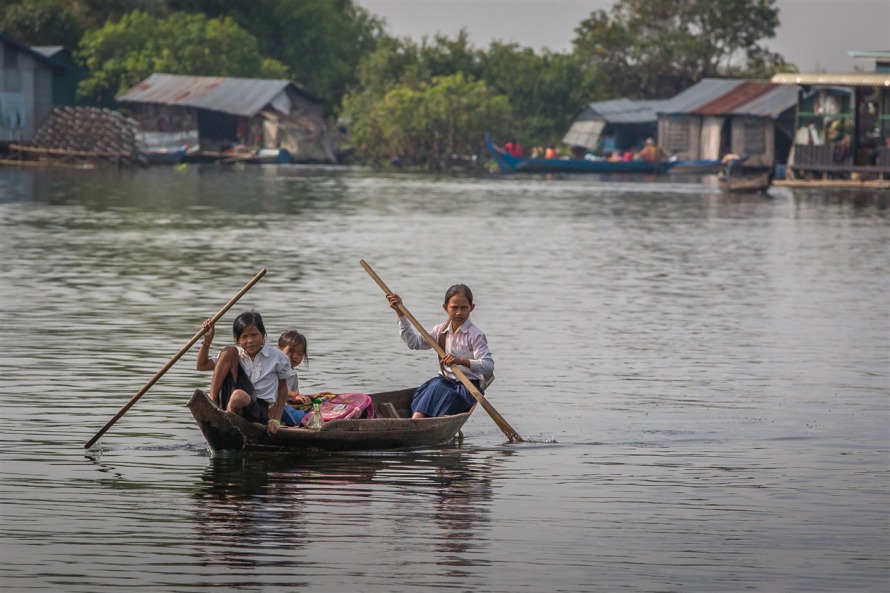 The challenge of course for those who make a living from the river and lake is where to live with such a fluctuation in water levels. Their solution is not only to live by the river in dwellings built high up on stilts, but also to live on the river itself.

The whole stretch of the Sangker river is dotted with floating villages, houses built on rafts that simply rise and fall with the seasons. Some are very large communities, with shops, schools, and all the infrastructure you would commonly find in any large village or town. The only difference being that your daily transport everywhere is by boat. 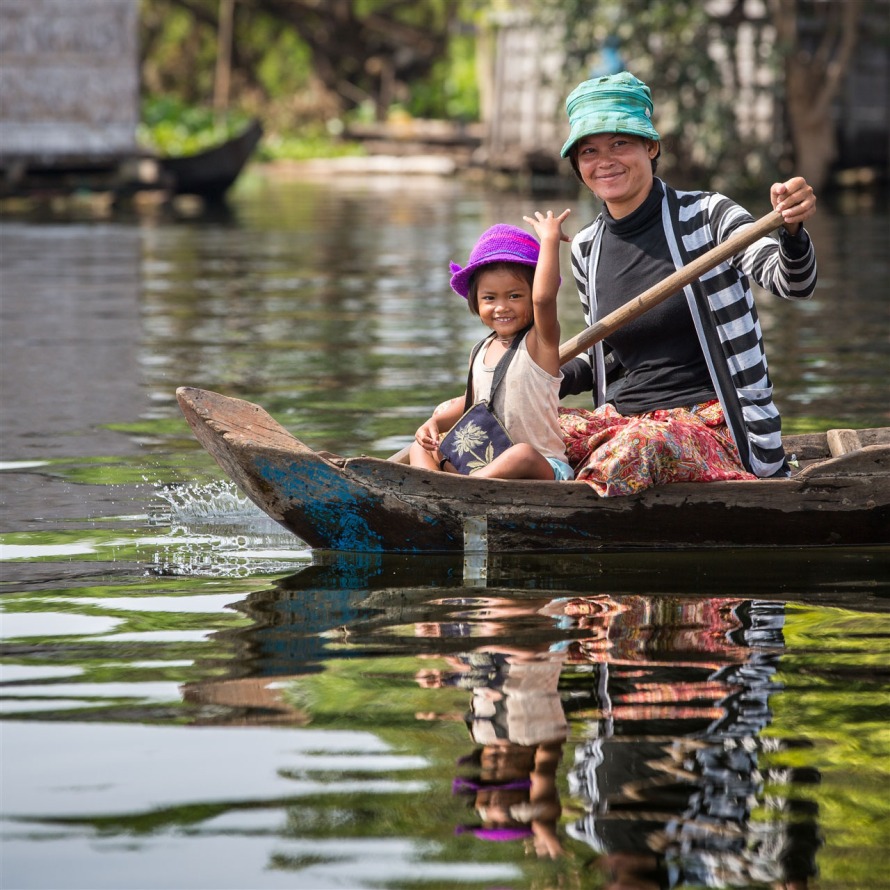 It was an amazing experience travelling down the river passing by all these floating communities. Every bend the river opened up a new scene different to the last. Plenty of people and activity of course, but immensely peaceful and serene at the same time. 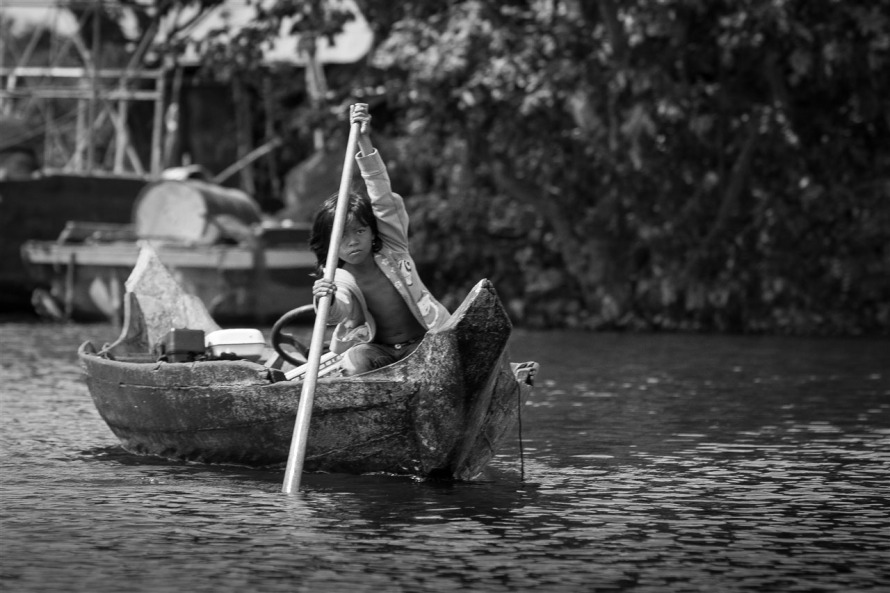 I think it’s the perfect way to spend your time getting to Siem Reap, and quite a contrast from the inevitable hoards of tourists you’ll be doing battle with at the Ankor Wat temple complex in the days to follow.