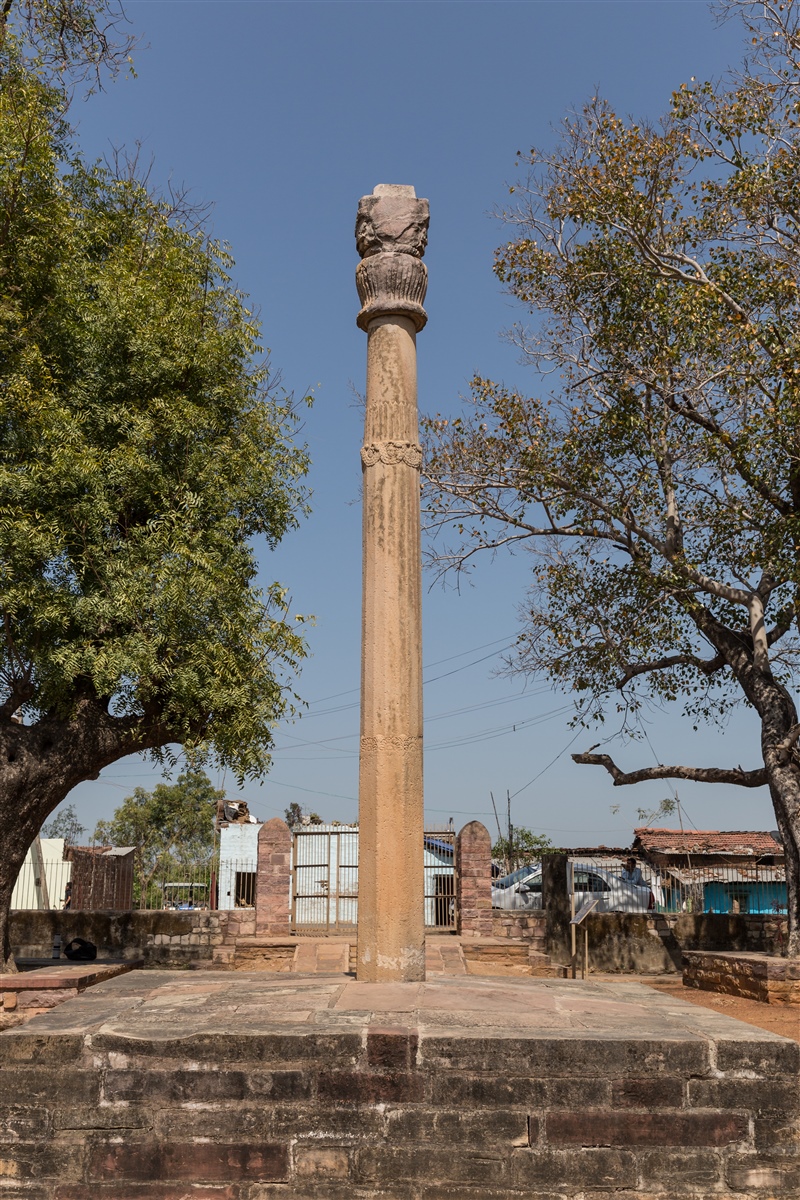 The Heliodorus Pillar is a column that was erected on the outskirts of Vidisha in central India in about 113 B.C. and is considered to be one of the most important archaeological finds on the Indian subcontinent.

Heliodorus was a Greek ambassador to India in the second century B.C., and was dispatched to the court of King Bhagabhadra by Antiakalidas, the Greek king of Taxila. The kingdom of Taxila included what is now Afghanistan, Pakistan and Punjab and was part of the Bactrian region of north west India that was conquered by Alexander the Great in 325 B.C. This is almost all we know about Heliodorus, details of diplomatic relations between Greeks and Indians at this time is extremely scarce.

The sandstone pillar is about 6.5m high with a bell capital and a damaged abacus showing geese and honeysuckle decoration.

The pillar is known locally as Khamba Baba (‘khamba’ is the Hindi for ‘pillar’) and is still worshipped by locals today.

Cunningham was the first to notice and record the Heliodorus Pillar in January 1877. At the time due to the architecture of the column he assumed it to be from the Imperial Gupta period, placing a date for it of 300 – 350 A.D. Thirty two years later in 1901 an inscription was discovered on the column, obscured by a layer of vermillion paste that had been applied. Only then did it become clear that the momument was not only several centuries older, but also hugely significant to the archaeology of India. 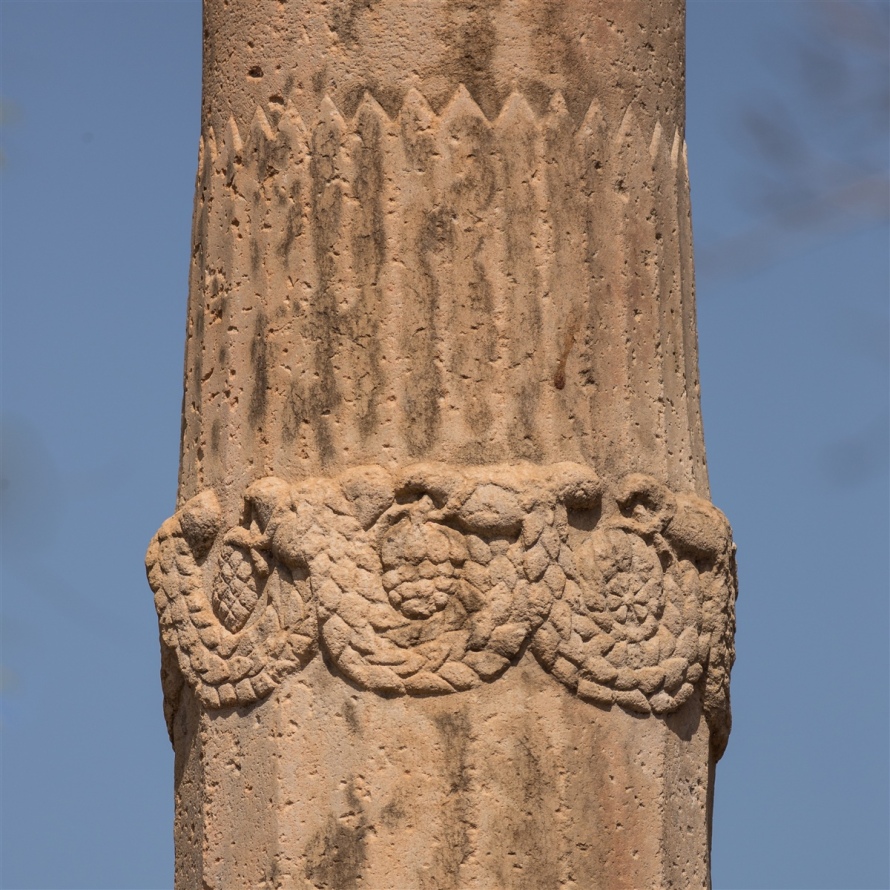 There are in fact two inscriptions on the octagonal base of the pillar, each one spanning three sides with the remaining two sides left blank.

As they are both hugely significant I have tried my very best to photograph and now piece them together as the complete text. I haven’t managed to find anyone else who has attempted to do this online, but the unfortunate lighting conditions at the time haven’t done me any favours. I’m presenting the stitched photos alongside a rubbing that was published in the ASI Annual Report of 1908 – 1909, and translations of the text. 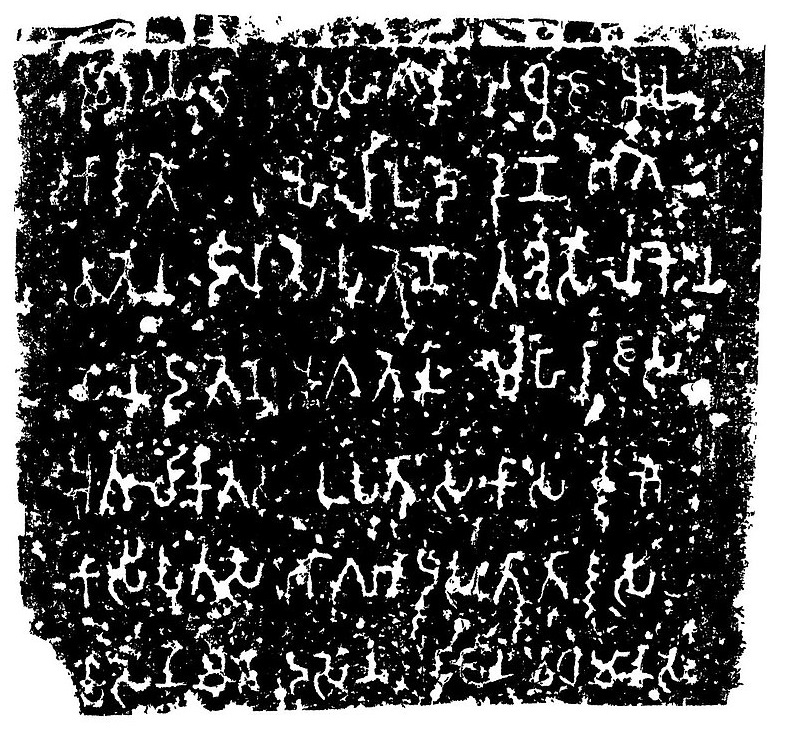 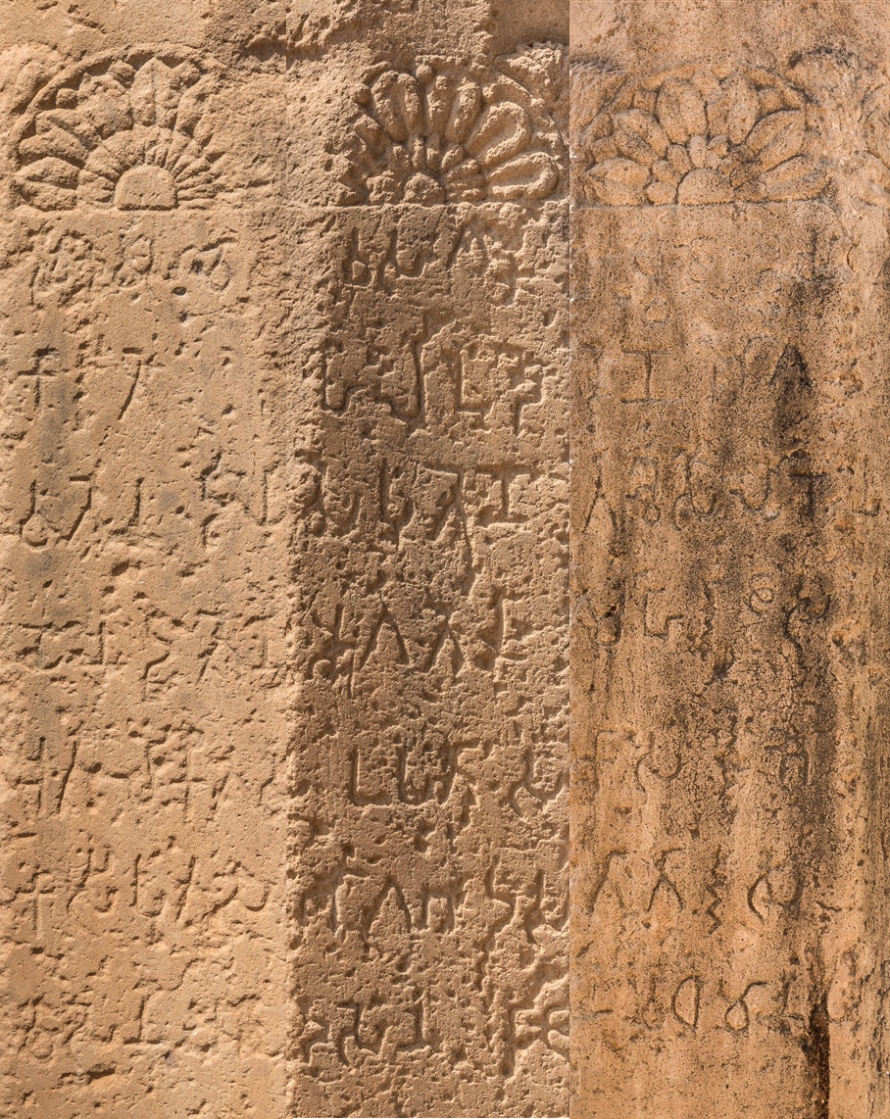 This Garuda-standard of Vāsudeva, the God of Gods
was erected here by the devotee Heliodoros,
the son of Dion, a man of Taxila,
sent by the Great Yona King
Antialkidas, as ambassador to
King Kasiputra Bhagabhadra, the Savior
son of the princess from Varanasi, in the fourteenth year of his reign.

The inscriptions lead experts to believe that Heliodorus was influenced by Vedic principles, and that he could be considered to be a Vaishnava (a follower or worshipper of Vishnu). This would make Heliodorus the earliest Westerner on record to adopt Vedic principles. It also disputes the common belief that India’s orthodox tradition did not accept converts.

Following the pillars of Ashoka, this is the next pillar to be associated clearly with a datatable inscription (approx 115 – 80 B.C.). With an accurate date pinned down to this monument, its architecture has helped date other monuments displaying similar motifs. The primary example of this is Sanchi Stupa No.2, now dated to the end of the second century B.C.

Just by the side of the pillar are a collection of carvings and a sati stone, I presume collected from the neighbouring area and brought here for protection.

The Heliodorus Pillar is very easy to find, clearly signposted from the main road heading north out of Vidisha just after you have crossed the Betwa and Halali rivers.

A word of caution on opening times however. I was expecting the usual sunrise – sunset timings, but upon my arrival at 8:20am the gates to the monument were locked. No caretaker could be located, and two neighbours living opposite the site started arguing as to whether it opened at 9am or 11am ! I ended up abandoning my first visit as I had a second opportunity a week later in the afternoon. But just be aware that early mornings could lead to disappointment !