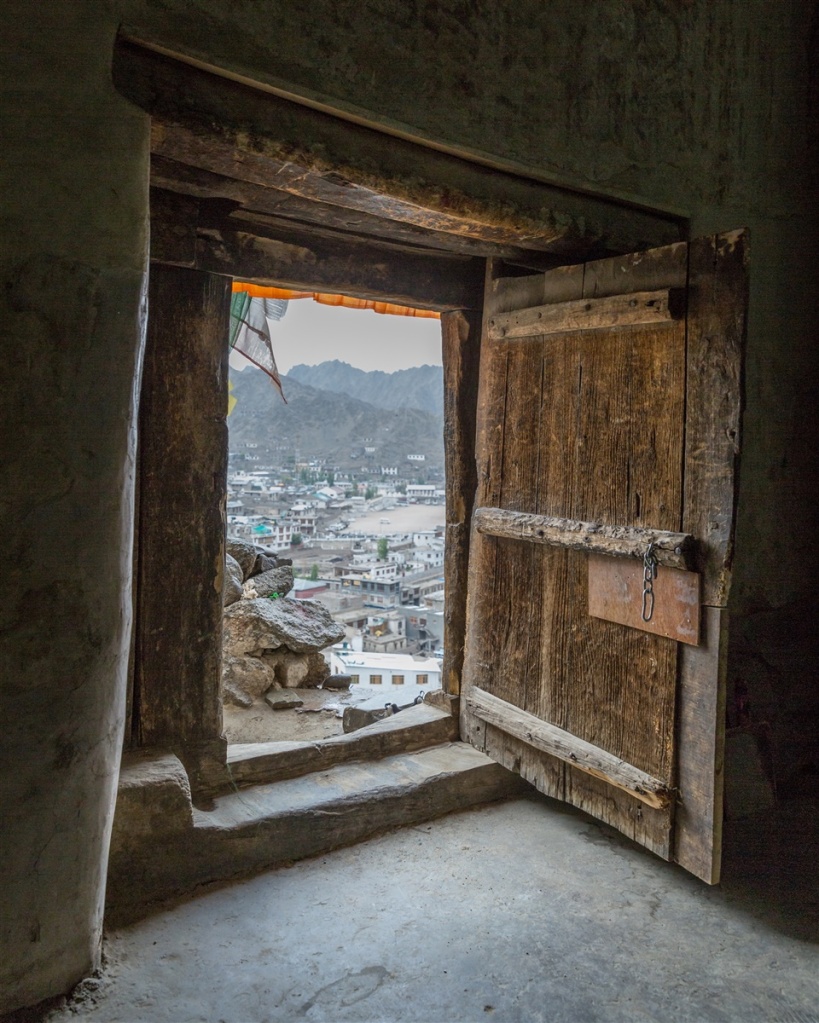 Guru Lakhang is one of four temples that are considered part of the Leh palace complex in Ladakh. It is probably the hardest to reach on foot, being located immediately below the palace with no easily identifiable path to it from Leh old town.

Your best approach is to climb up to the palace and then traverse along a small path that runs directly below the palace itself. This will lead you to a large white chorten at the far end of the ridge, Guru Lakhang is immediately below the chorten. 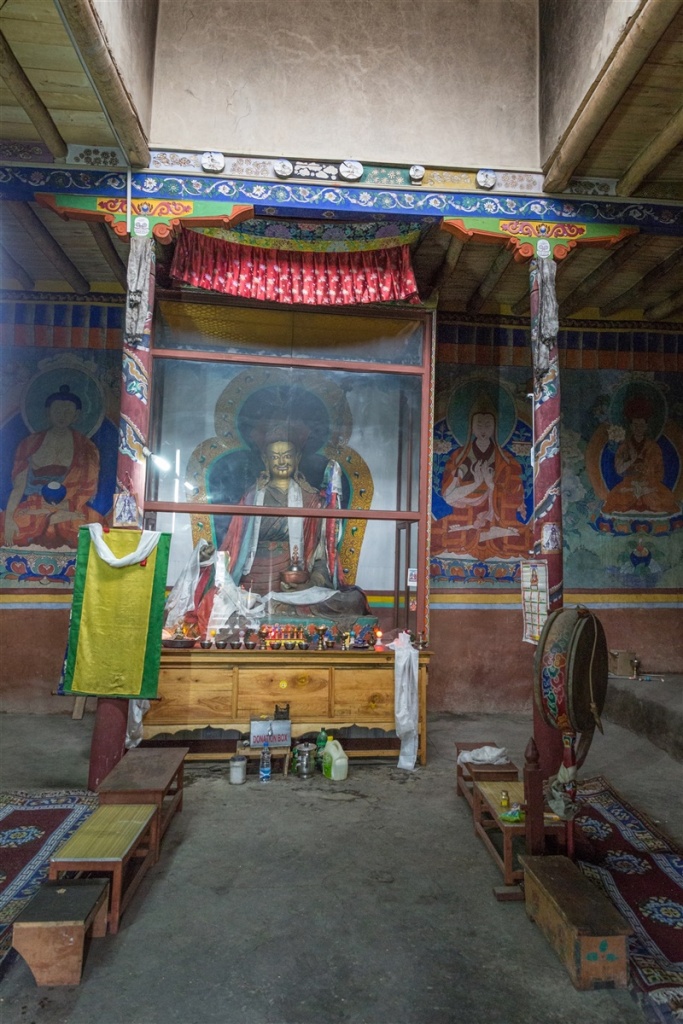 Dedicated to Padmasambhava and restored by the Tibet Heritage Fund in 2005, Guru Lhakhang was built soon after the completion of Leh Palace in the early 17th century. It houses a large statue of Guru Rimpoche and is decorated with some wonderful fading murals.

This was the first building in Ladakh to be restored by the Tibet Heritage Fund, their initial damage assessment clearly shows the poor condition it was in, and suggests had they not intervened the shrine would probably not have existed for very much longer :

“Roof leakage had caused considerable damage to the wall-paintings. The roof was visibly in poor shape, with bent and broken rafters and gaps and holes in the structure. The roof beams were twisted, and the brackets partially crushed. One pillar was missing and replaced by several prop-ups; the base of a second pillar was eroded. On the west wall, the old murals were lost and replaced by new paintings. The mural fragments on the east and south walls are thought to be original. The north wall was damaged by erosion, and on the south-west corner were deep cracks. The roof parapet was partly eroded, and the sky-light that existed at one time was gone.”

Even if you manage locate the shrine, the chances are it may well be locked. I tried on numerous occasions and almost gave up, but your best strategy is to get there early in the morning (before 8am) and you may be fortunate.