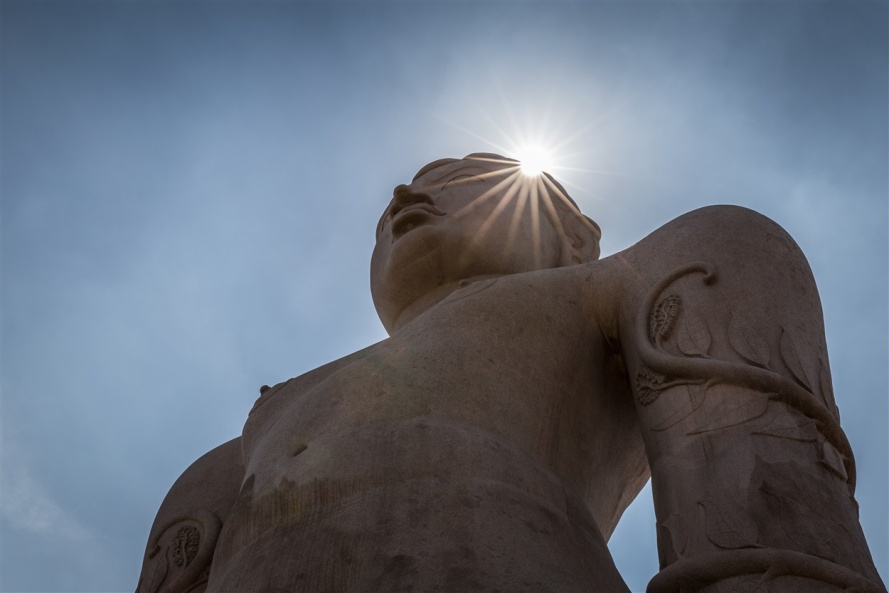 Shravanbelagola (also known as Sravanabelgola or Sravanabelagola) is a celebrated Jain pilgrimage town 36km east of Hassan, just off the NH48 via Nelamangala.

The main sites here are clustered around two granite hills overlooking the village; Vindhyagiri, and Chandragiri. My visit here was sadly limited for time, so I only got to ascend Vindhyagiri, which is considered the focal point. 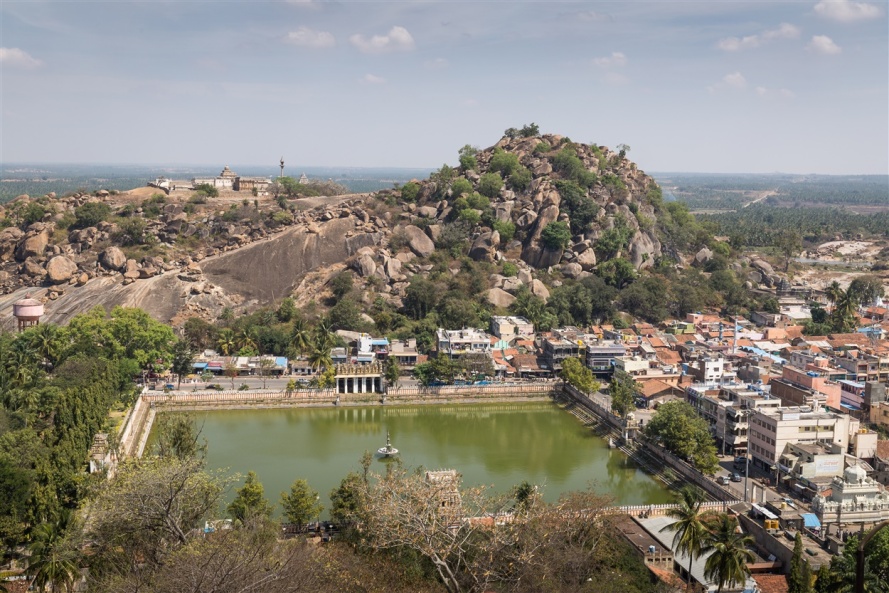 Shravanbelagola was established in the 9th century A.D. under the Gangas, who were powerful kings in southern Karnataka at this time. The site benefited from the patronage of Chamundaraya, who was the minister of Rajamalla IV, and both had been converted to Jainism. The temples here date from the 12th century A.D. and are associated with Gangaraja, a commander of the Hoysala army.

With shoes taken off and safely deposited, you start the 143m ascent of Vindhyagiri via a line of rock-cut steps which climb the shoulder of the hill.

The first building you come across having gone through a minor gateway, is the triple-shrined Odegal Basti, which houses images of Adinatha, Neminatha and Shantinatha. 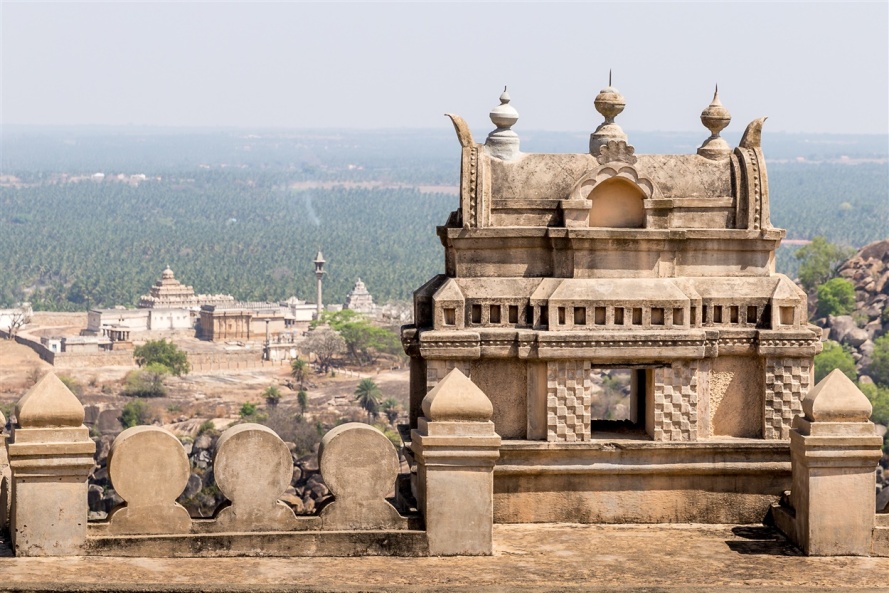 Nearby is the Brahmadeva Mandapa, which shelters a circular leaf incised column erected by Chamundaraya. 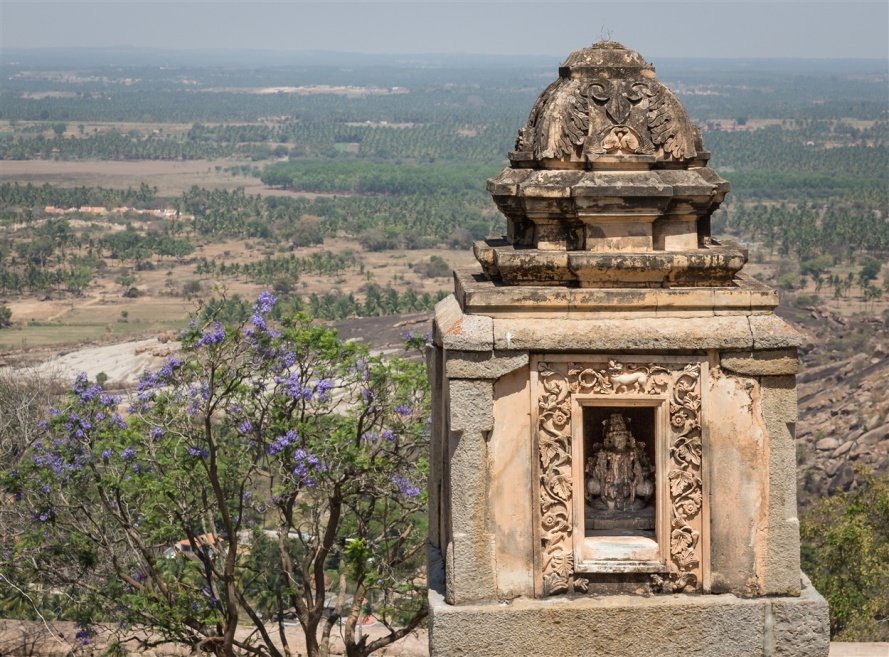 As you continue to climb towards the summit, be on the lookout for carvings, in particular boulders with rows of miniature Jina figures as you reach the Akhanda Gateway at the top of the last flight of steps. 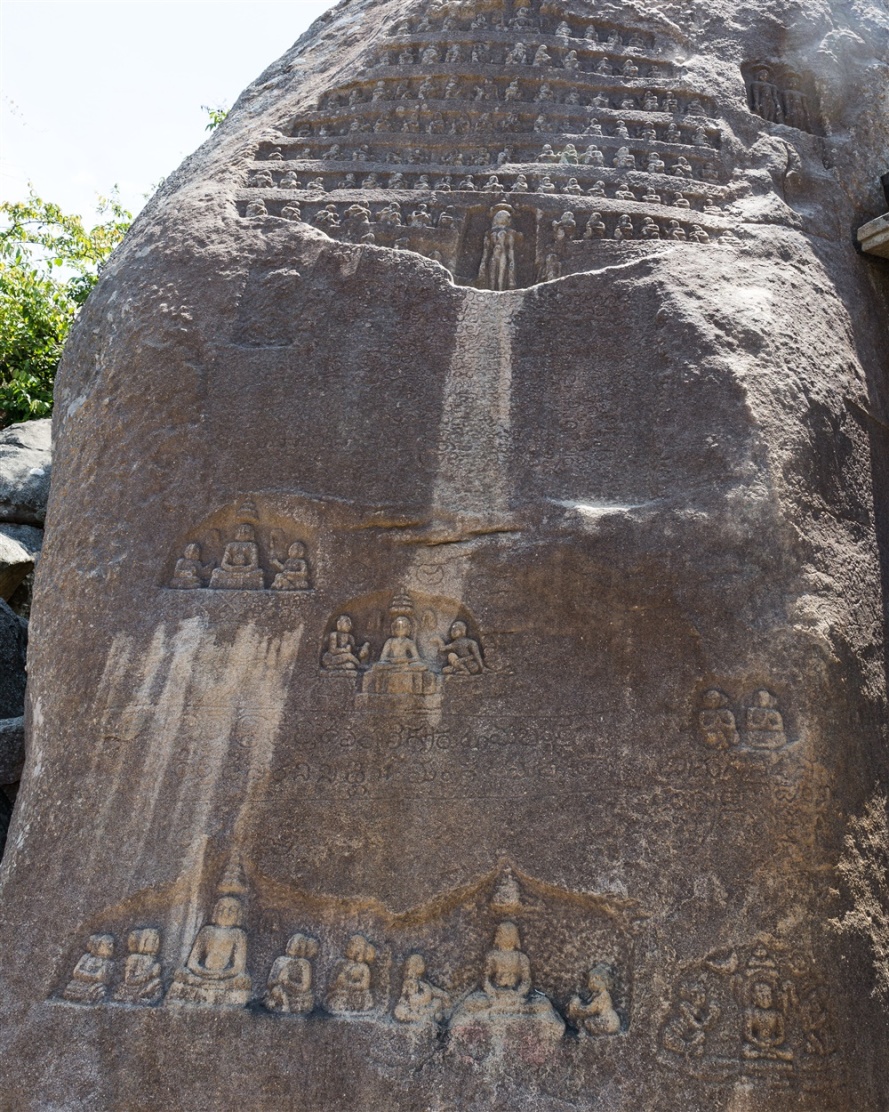 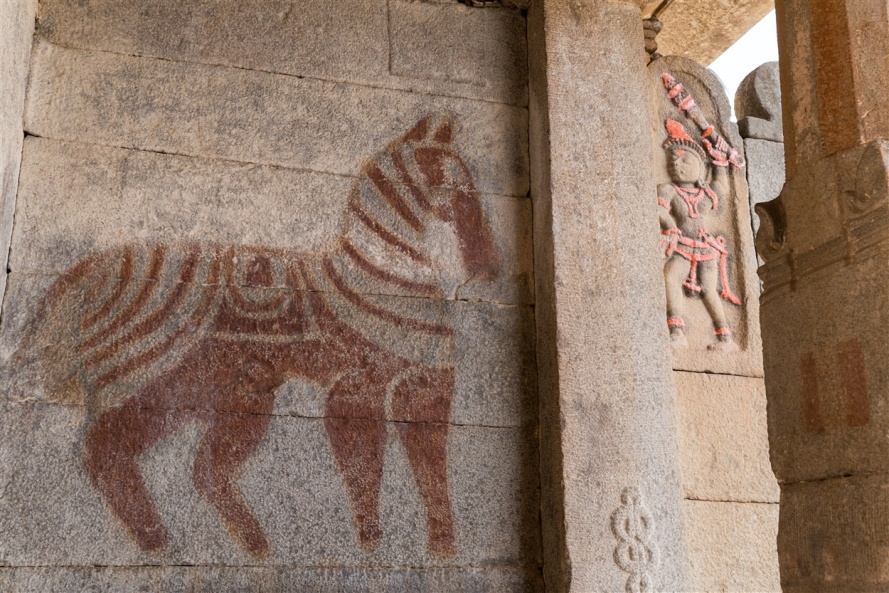 Before long you will reach the main event, the reason why climbing all those steps is so worthwhile. At 17.7m high, the Gommateshvara Monolith is the largest free-standing sculpture in Southern India. 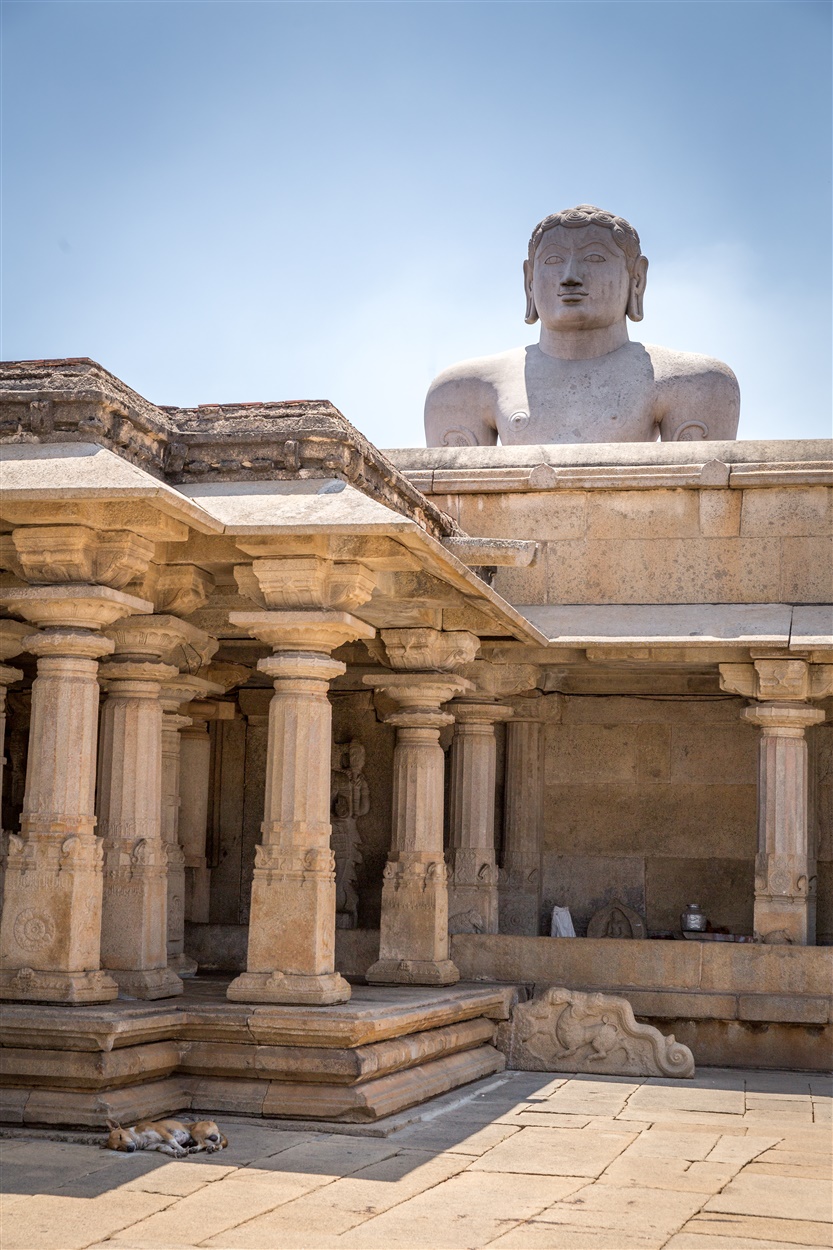 Representing Bahubali, the son of the first Tirthankara to seek enlightenment, the naked saint stands immobile, his glance fixed steadfastly ahead. Note the creepers winding around his legs and arms, and also delicately carved snakes and anthills on the rock around his feet..

This inner enclosure also has some impressive carvings/stucco on the upper levels, so easy to miss as your eye is inevitably drawn to the monolith standing upright in front of you.

In 1981, on the thousandth anniversary of the Gommateshvara Monolith, a great commemorative festival (Mahamastakabhisheka) took place in which the statue was ritually bathed with milk, water, coconut milk, rice water, sandalwood paste, turmeric, vermillion and flower petals. Lesser celebrations occur every four years, with a slightly more expanded festival every 12 years – the next being in 2018.

The monolith stands in a compound surrounded by a colonnade sheltering additional Tirthanakara images and other carvings. Here you will also find numerous inscriptions, recording the benefactions of Chamundaraya and subsequent donors. There are more than 800 inscriptions have been found at Shravanabelagola, dating to various times from 600 to 1830 A.D. 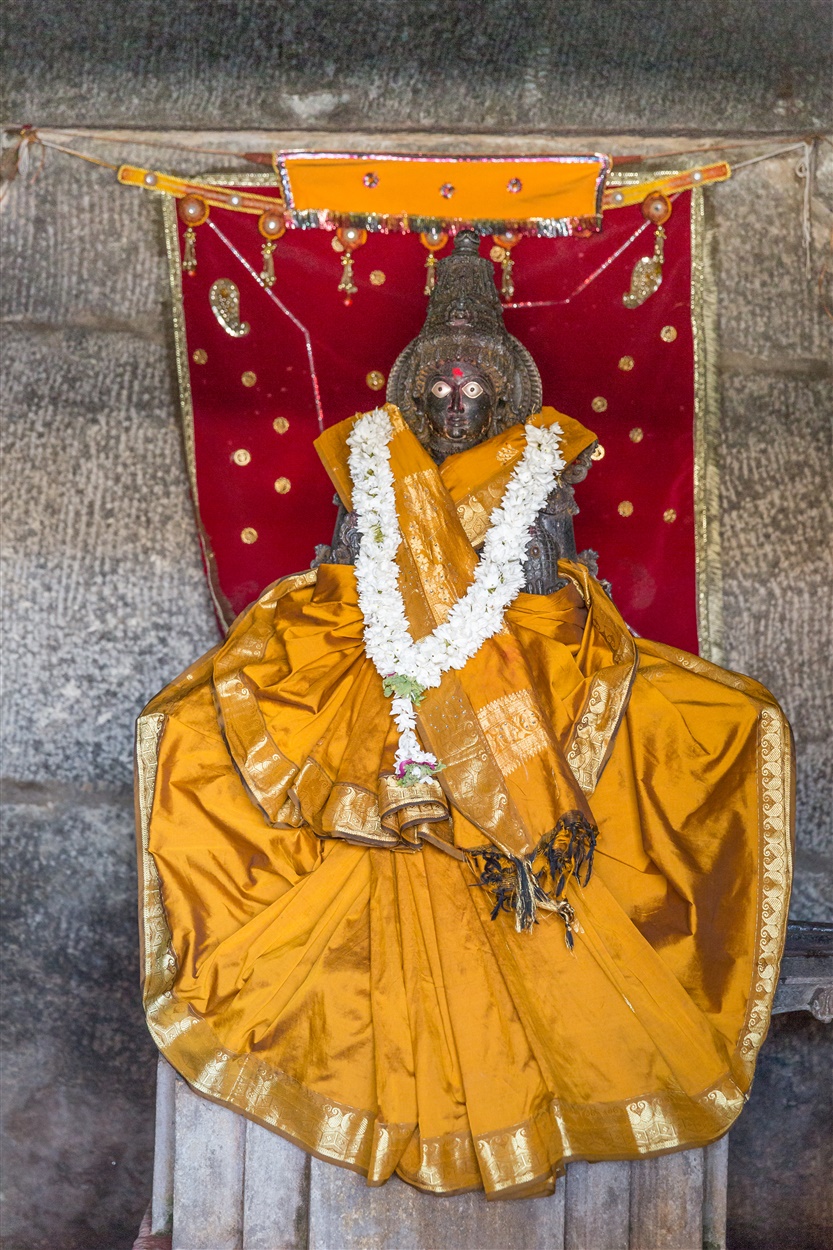 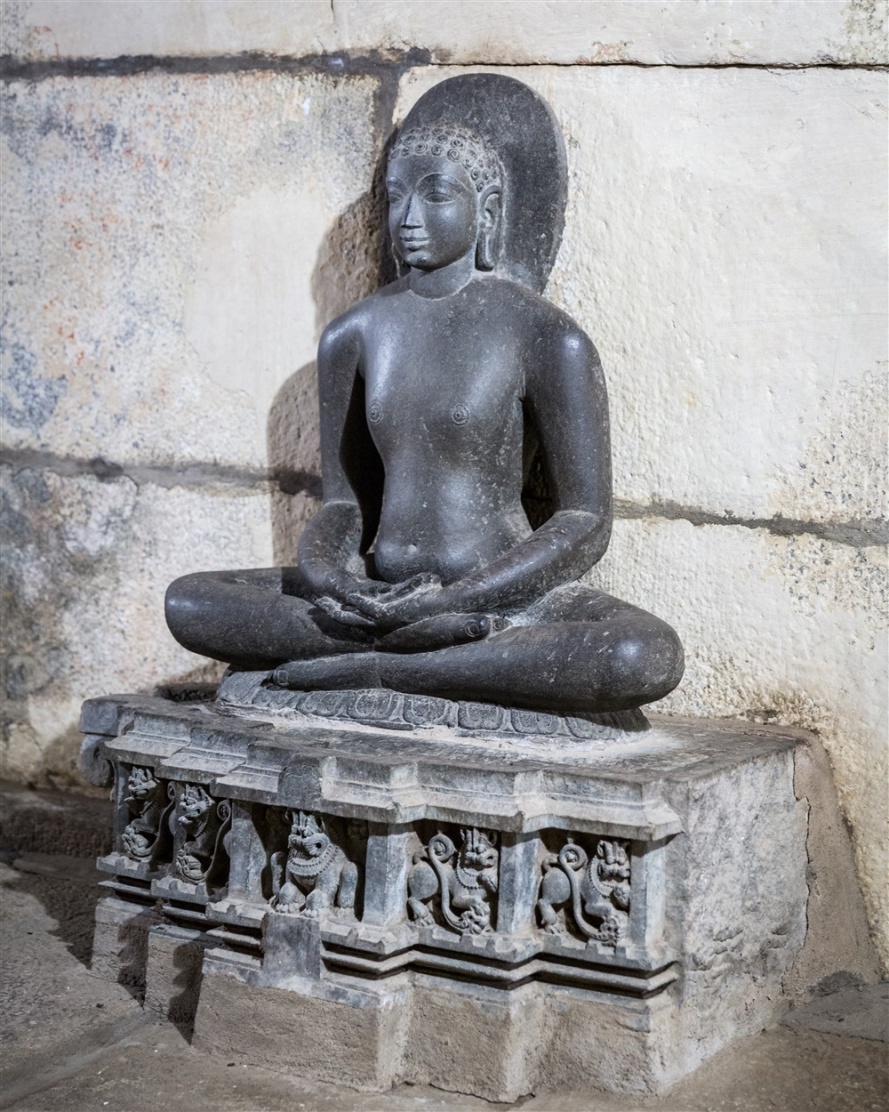 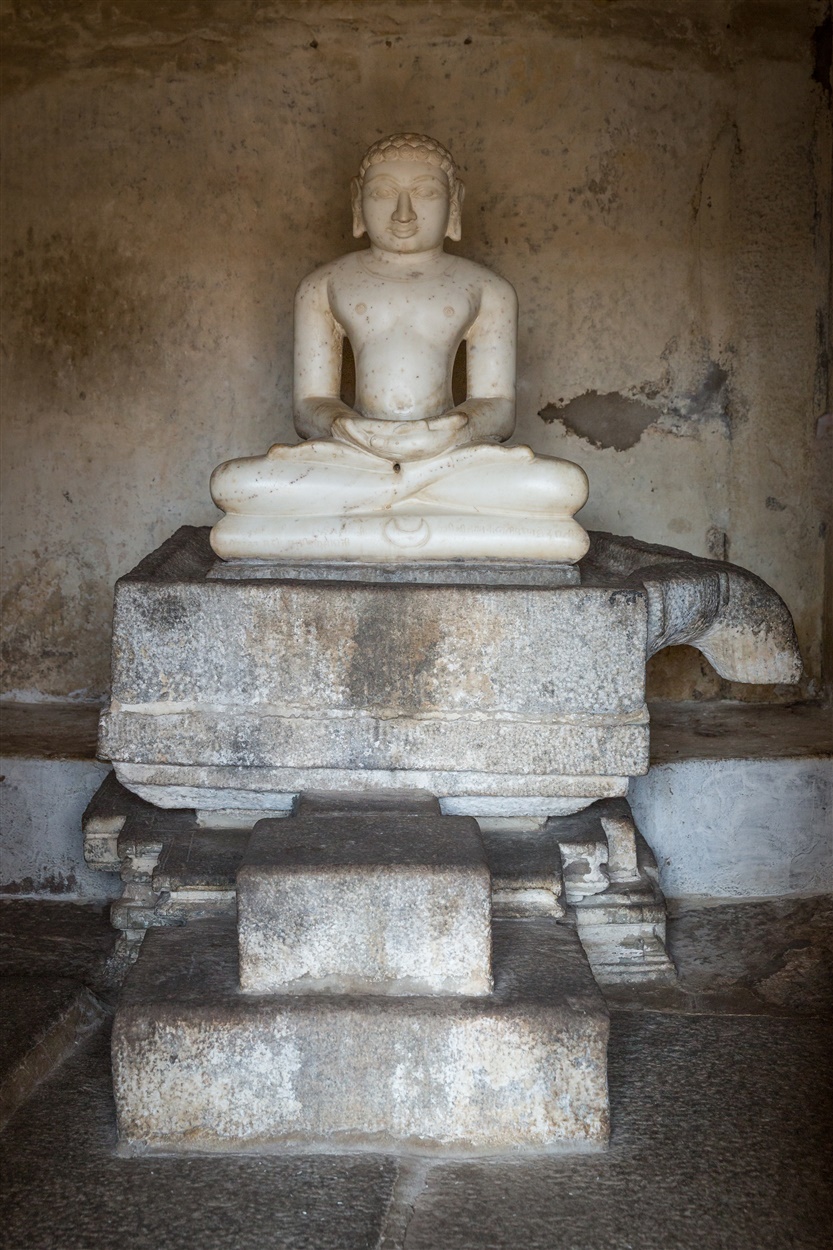 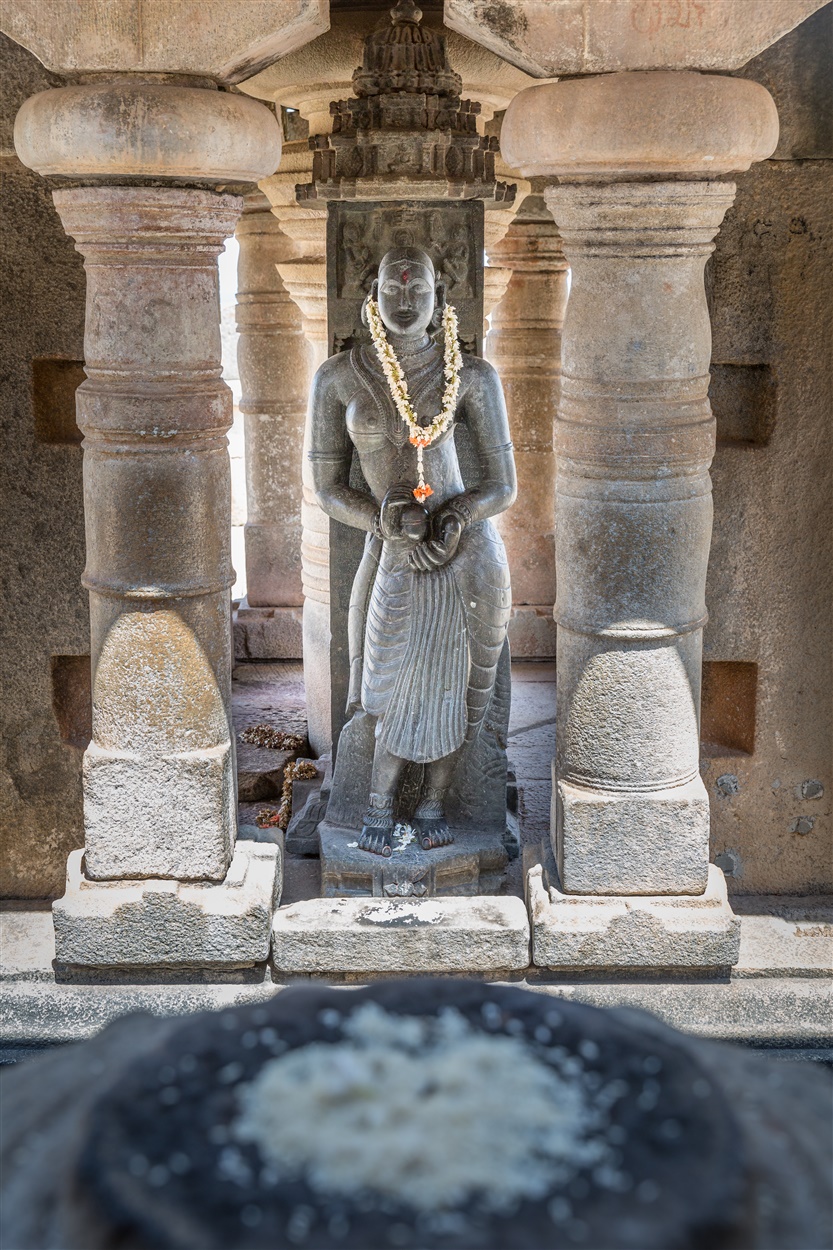 If you have time it is also worthwhile to take a short walk around the outer walls of this compound, some more interesting carvings reside on the walls which very few people seem to be bothered to explore further. 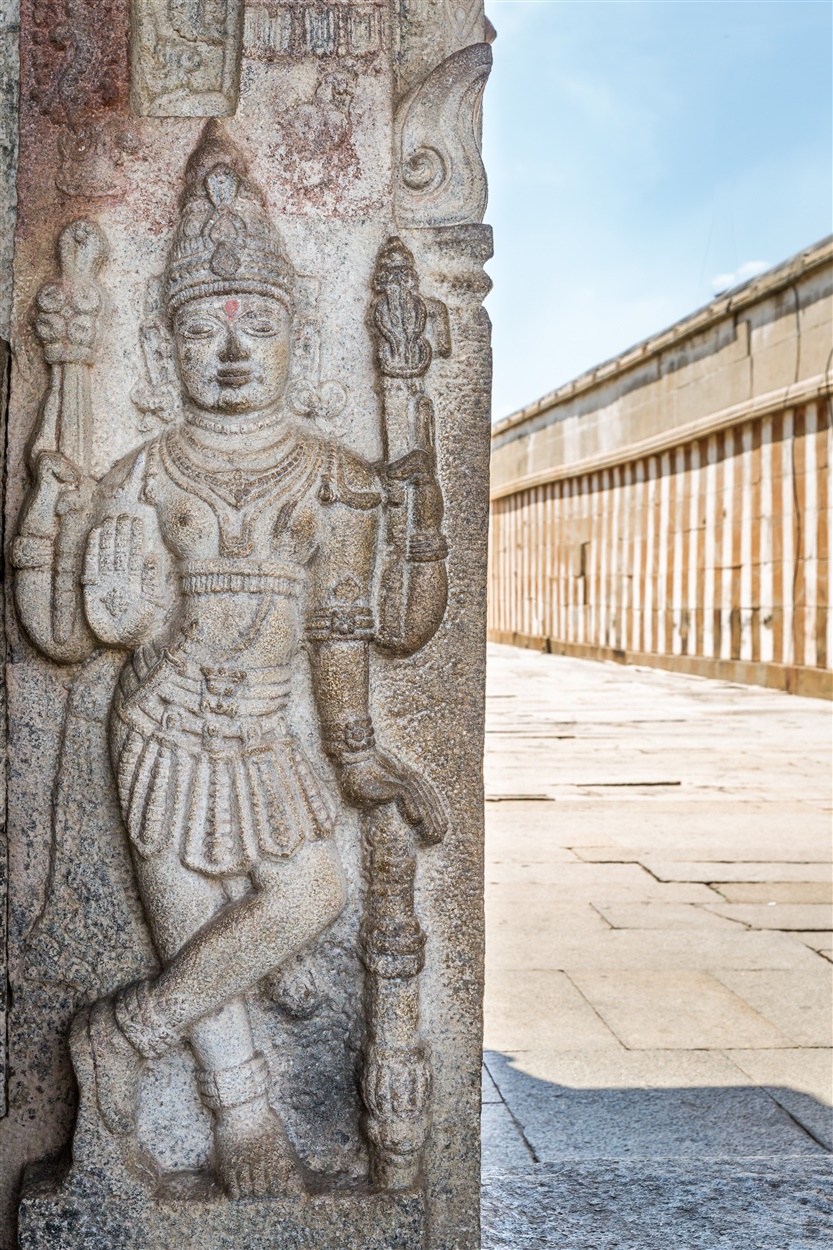 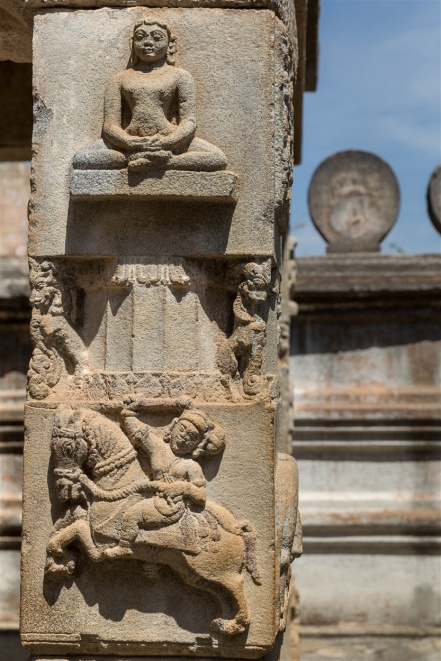 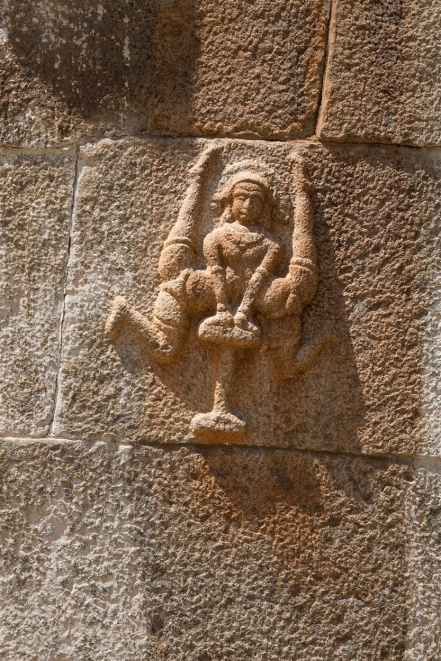 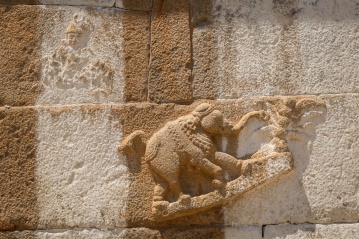