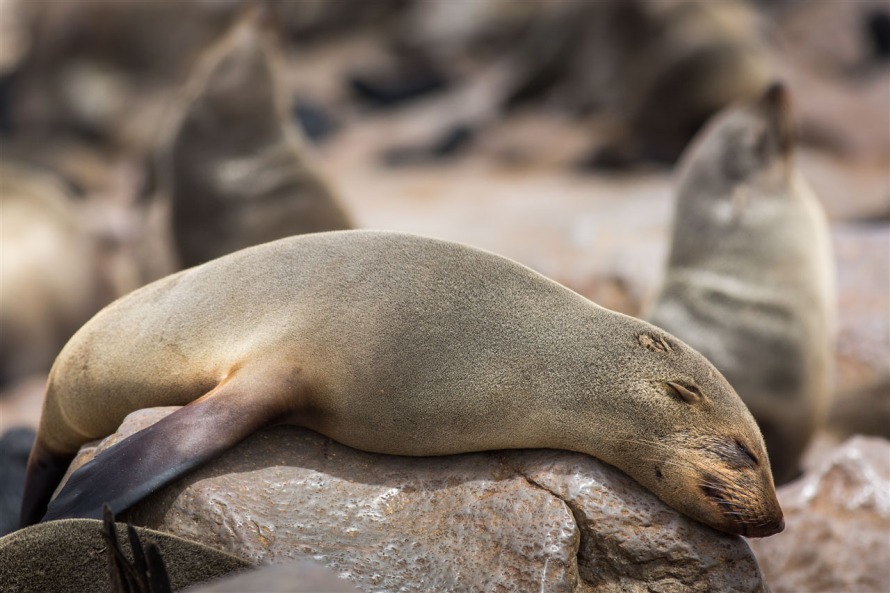 Cape Cross is a small headland in the South Atlantic on the Skeleton Coast, western Namibia, about 120km north of Swakopmund.

Diogo Cão, a Portuguese explorer, was ordered in 1484 by King João II to search for a sea route to India and the Spice Islands by sailing south into undiscovered regions along the west coast of Africa. During his voyage, Cão chose specific locations along the coast to erect a stone cross (called a padrão), essentially claiming the area for Portugal.

In January 1486 Cão reached Cape Cross, being the first European to visit the area he erected one of these crosses which is how the area became known. The original cross was removed in 1893 by Captain Gottlieb Becker, commander of the SMS Falke of the German Navy, and taken to Berlin. It was replaced by a wooden cross, which was then subsequently replaced by a stone replica.

So that’s the history of Cape Cross, but has nothing to do with why Cape Cross is so well known. Today Cape Cross is a protected area, as it is home to the largest colony of Cape Fur Seals in world. 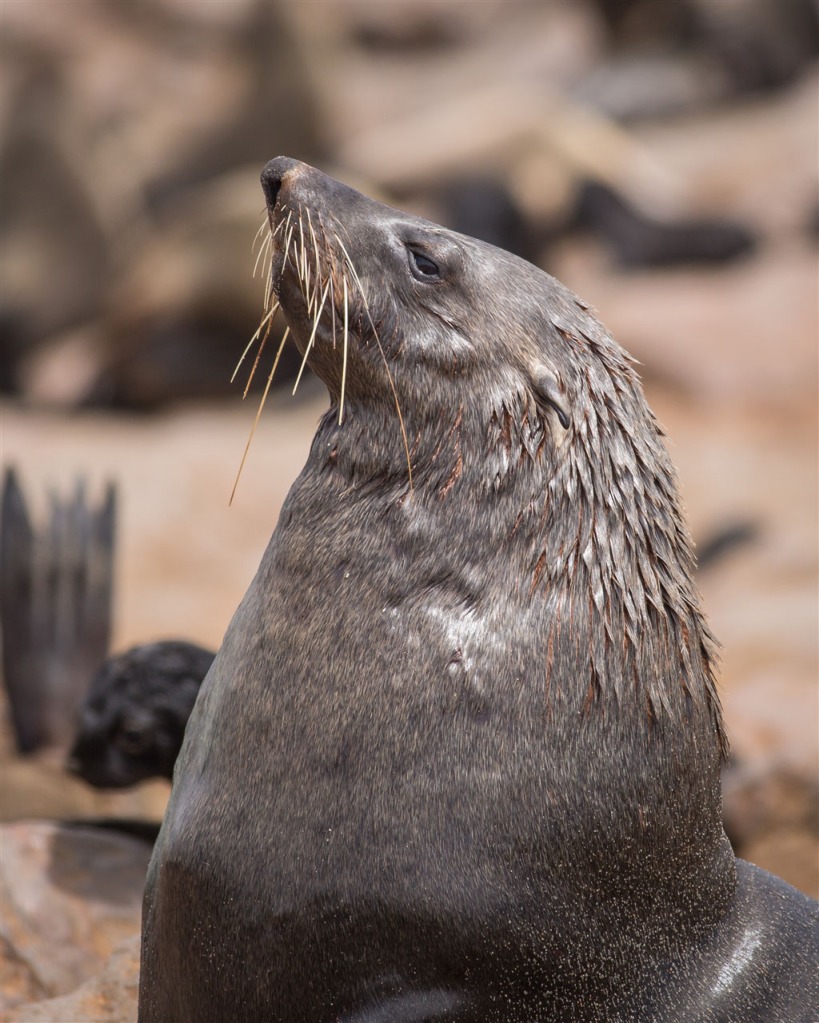 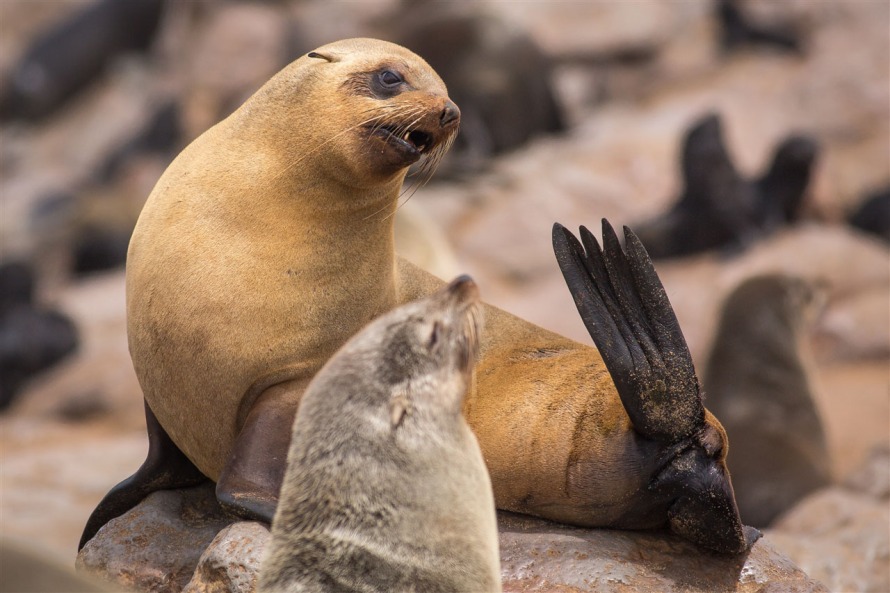 I was really looking forward to visiting Cape Cross as I love nature photography, but prior to our arrival our guide warned us that the experience might be somewhat different to what we were expecting.

As we stepped off the bus three things became immediately apparent.

Seals were everywhere, in some places you couldn’t actually see a square inch of land, it was a carpet of seal bodies.
Although the numbers fluctuate, there are usually around 80,000-100,000 individuals at Cape Cross. 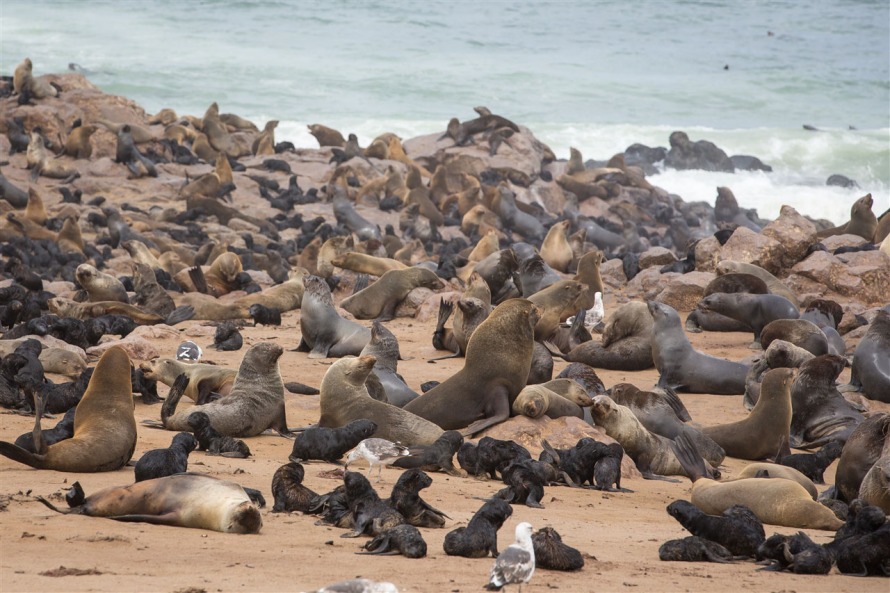 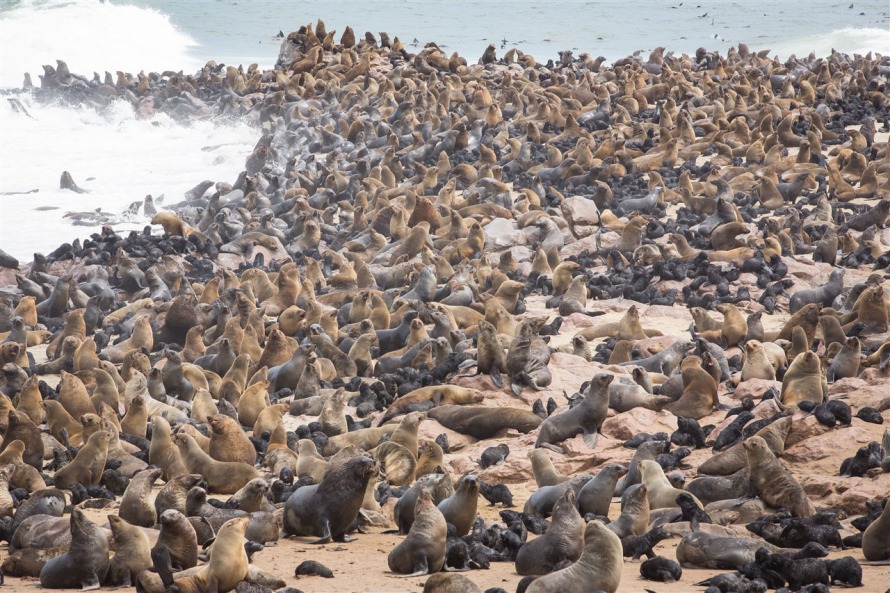 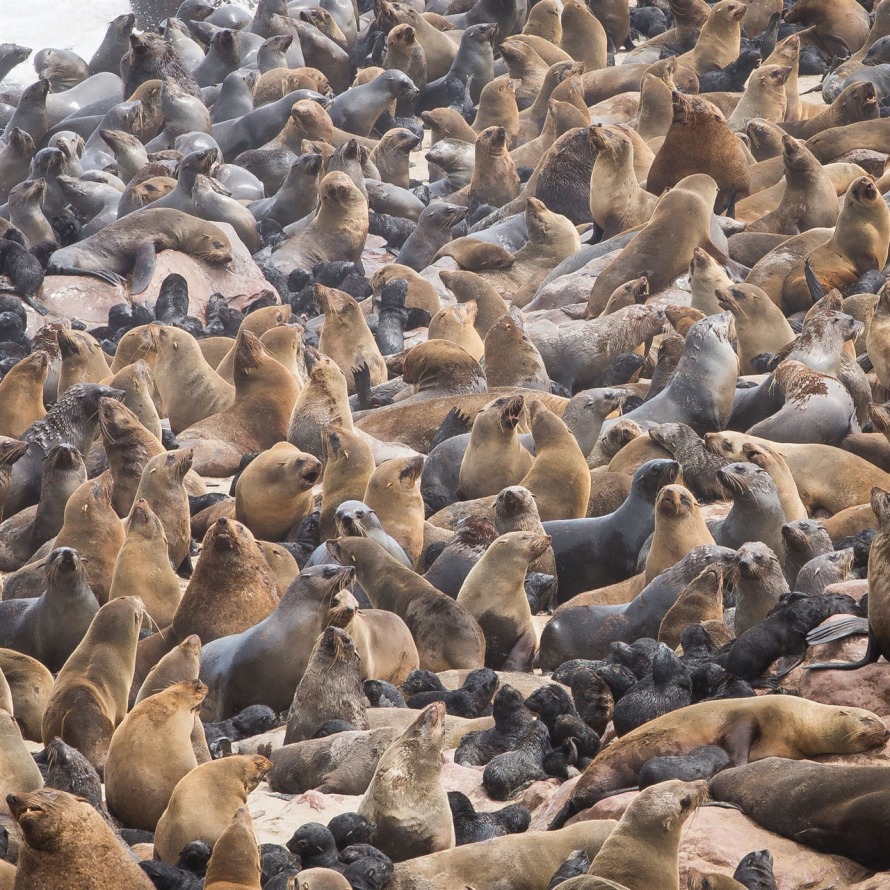 The second noticeable thing was the stench, a smell like nothing I have ever experienced before or since (and trust me, I’ve been to some pretty smelly places). We visited not too long after the breeding season, and we soon discovered that the stench was the smell of decaying dead seal pups. 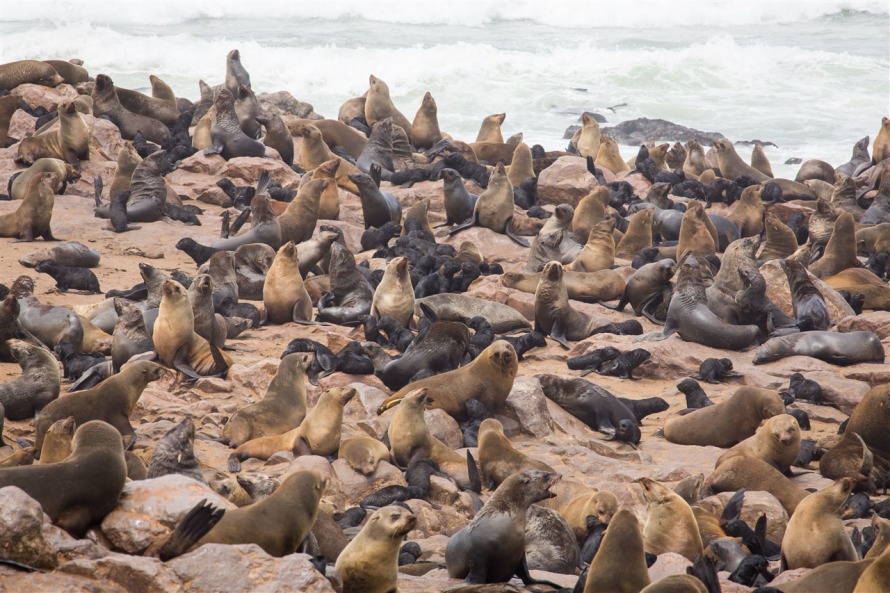 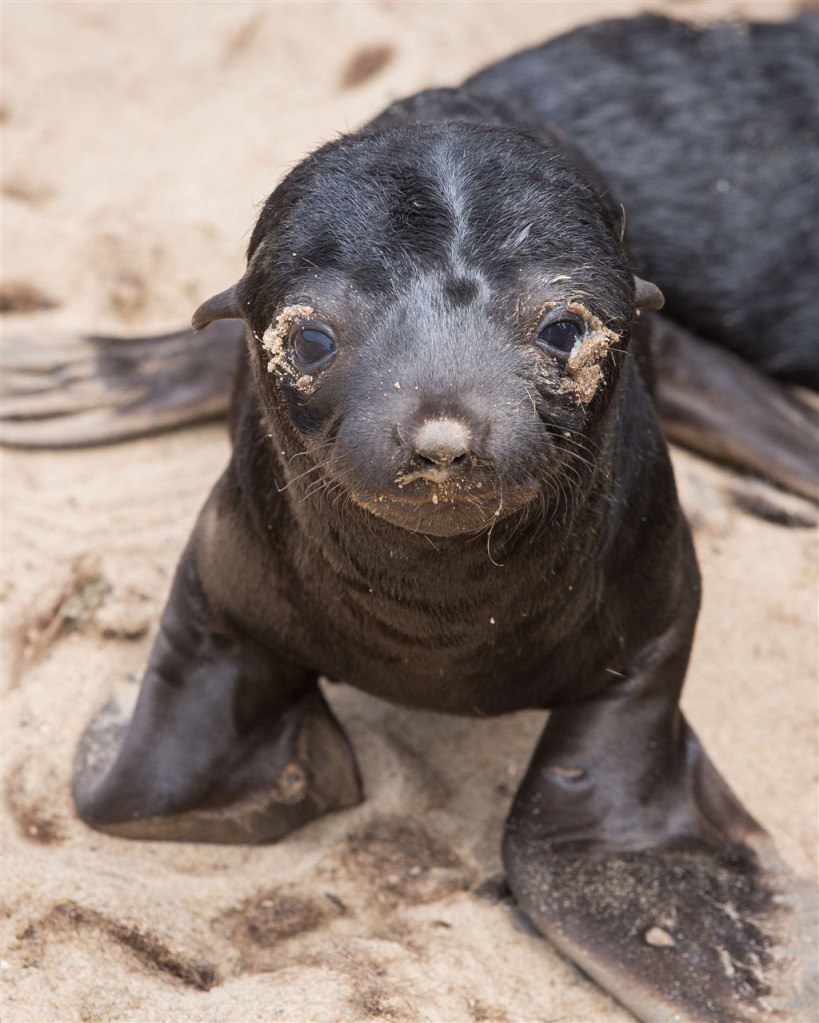 Approximately 30% of the Cape Cross seal pups will die most within the first couple of weeks after birth. Premature birth, trampling by other seals, drowning and abandonment are common.

The closer you looked, the more dead seal pups you could see. It was heartbreaking, but is of course mother nature at work. I tried as hard as I could not to capture any corpses in the photos I took, but after a while I didn’t even have the urge to use the camera at all. 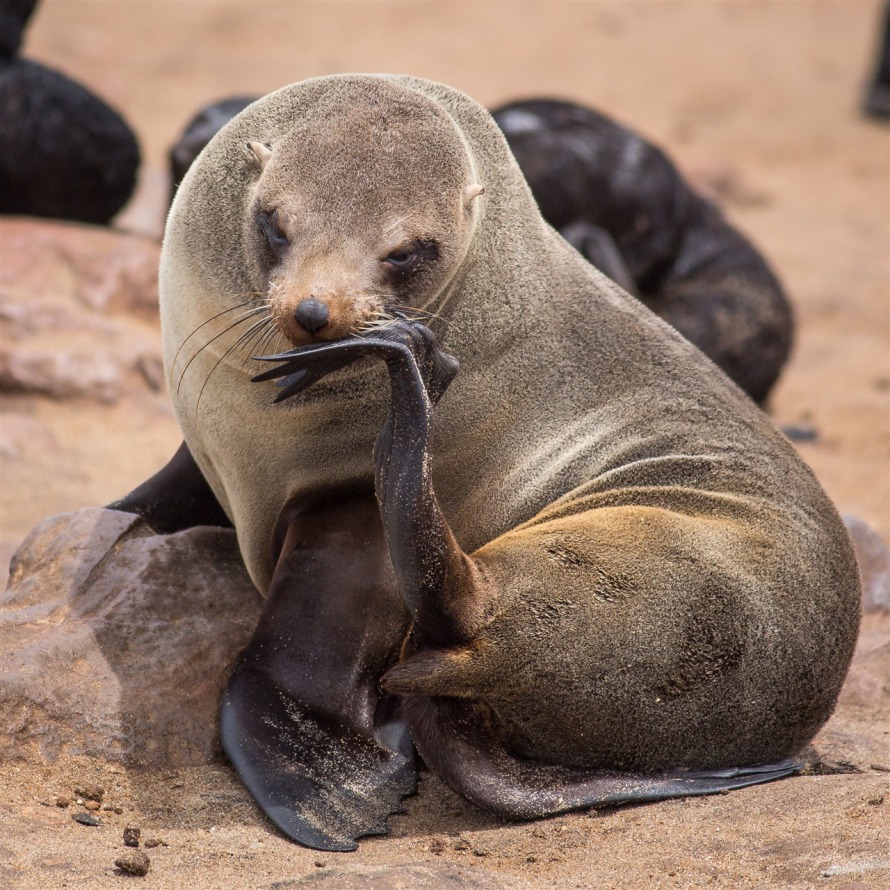 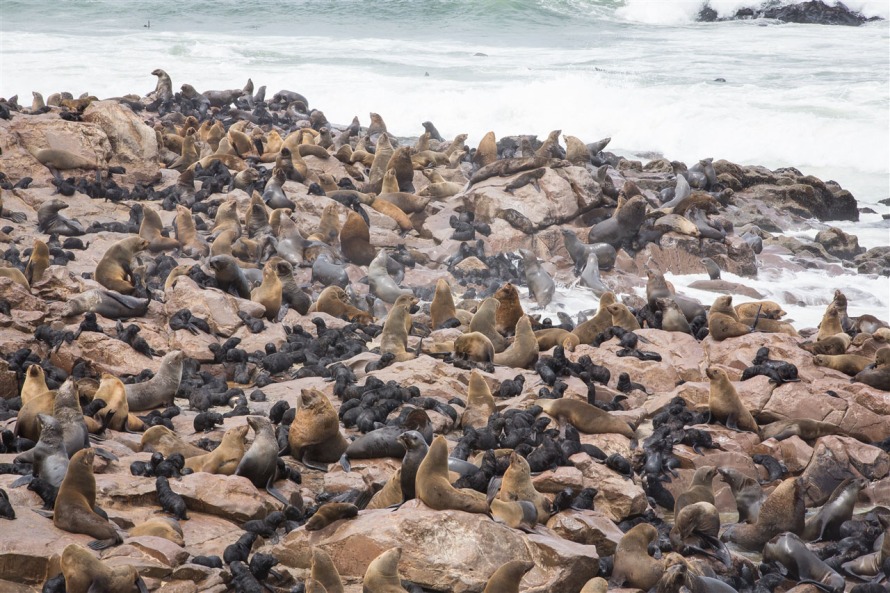 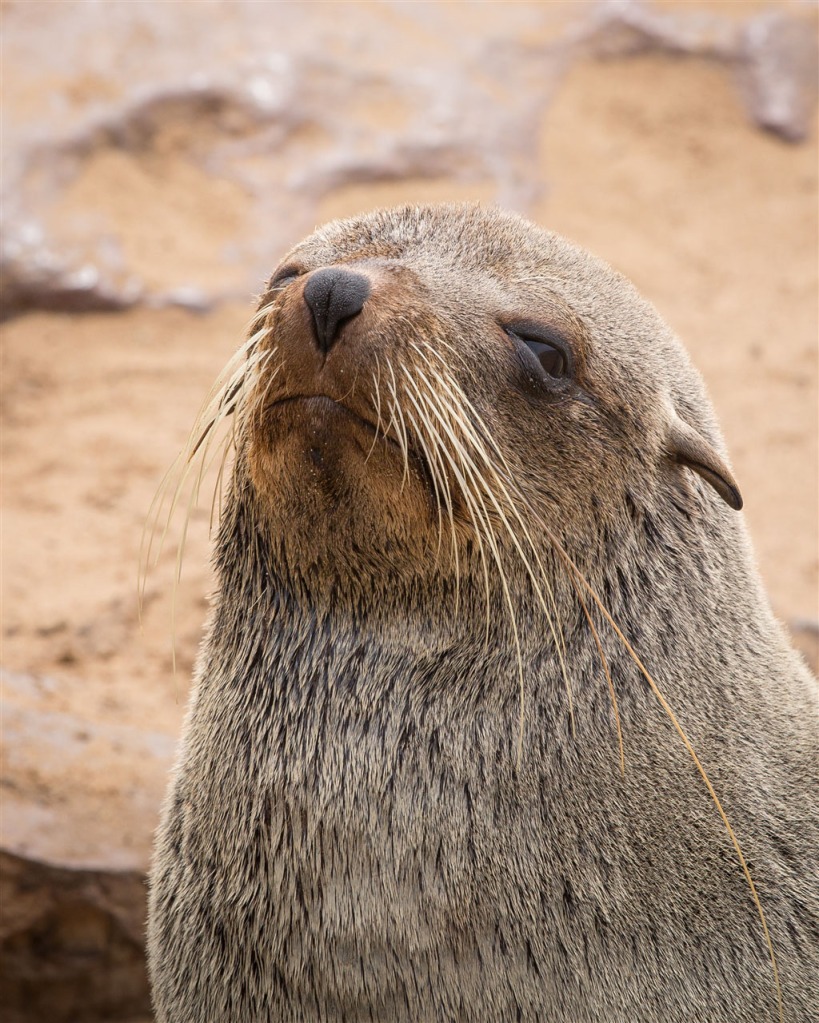 The last noticeable thing was the noise, the constant cry as mothers return from foraging in the sea and the pups desperately calling out for attention. Pups congregate together while their mothers are away, so when the mothers return they have to battle through the densely populated shoreline trying to find their offspring. You’ll notice in the photos clusters of black, that’s the pups huddling together waiting for their mothers return. 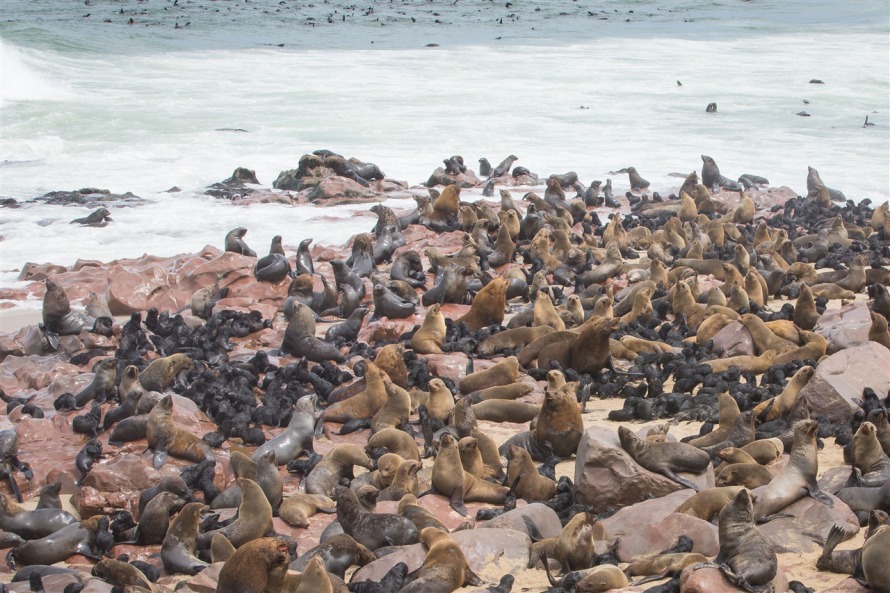 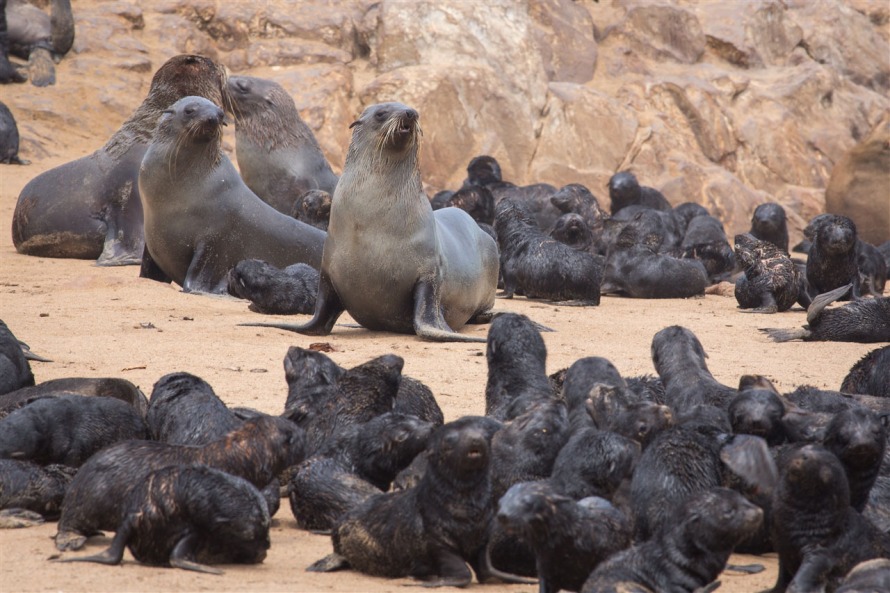 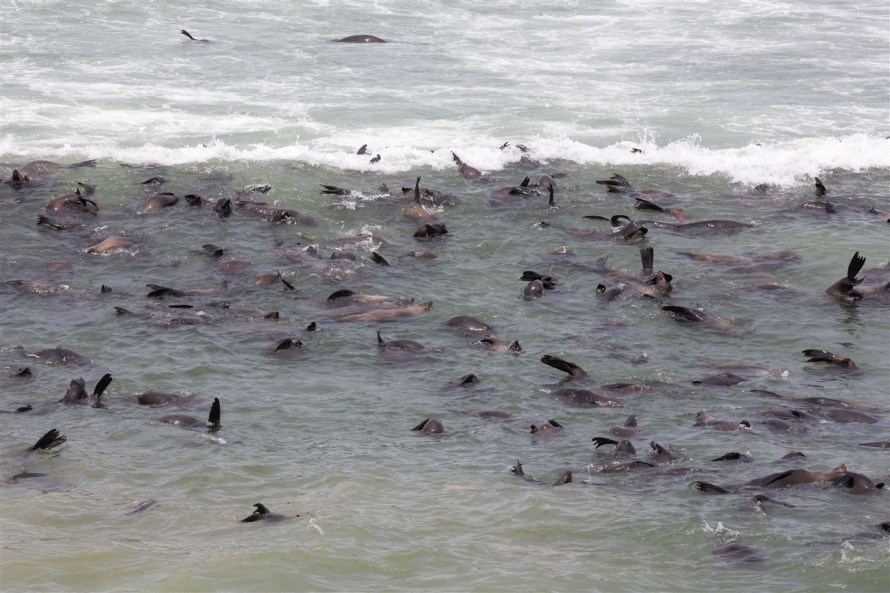 It was of course an amazing sight. But picking your route around dead seal bodies and pups that seem to have lost contact with their mothers was not easy – the pendulum of emotions was definitely swinging to both extremes and in the end I just got a little overwhelmed by it all and headed back to the bus.