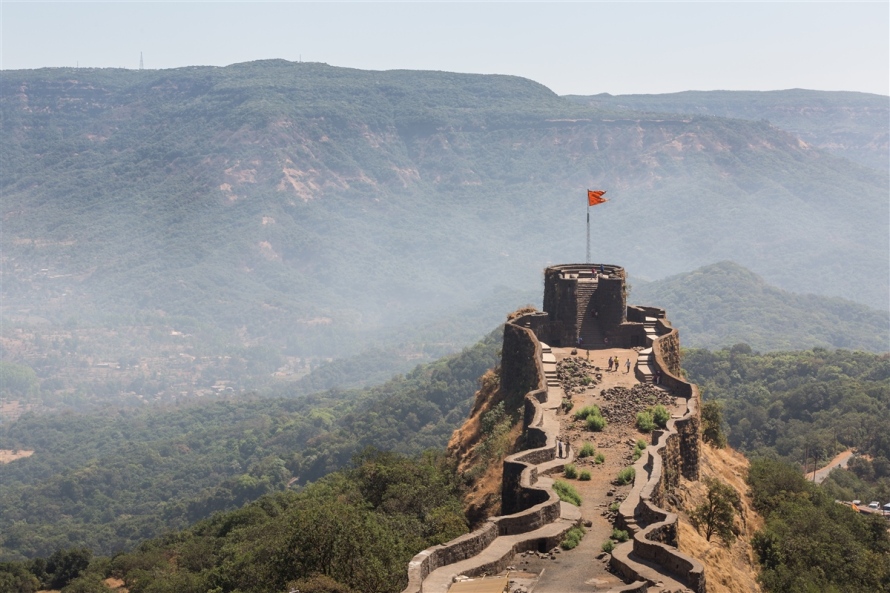 At 1,080m above sea level, Pratapgad Fort (also known as Pratapgadh or Pratapgar Fort) is located 15km from Poladpur and 23km west of Mahabaleshwar. It’s an easy half day excursion from Mahabaleshwar, and is certainly one of the most dramatic settings of any Maharastra fort I have visited over the years.

Visiting the fort at midday in late February is hardly the best conditions for photographing this place. The views were hazy, and the fierce bright sun does not favour any decent photography attempts. But I had a tight schedule and was only here on a day trip from Pune. If at all possible early morning or late afternoon would be recommended for any visit.

Moropant Trimbak Pingle (the prime minister) was commissioned to construct the fort by the Maratha king Shivaji Maharaj, primarily to defend the banks of both the Nira and Koyna rivers, and to oversee the Par pass.

Completed in 1656, the Battle of Pratapgarh between Shivaji and Afzal Khan was fought below the fort ramparts just three years later on November 10, 1659. This was one of the first major tests of the new kingdom’s army, and in many respects set the stage for the establishment of the hugely successful Maratha empire.

The fort is essentially divided into two sections; the lower fort and the upper fort.

Located at the southeast of the fort by the car park, the lower fort is 320m long and 110m wide, and is defended by towers and bastions up to 12m high.

Extending out from the fort and defending the approach to the fort is the Afzal tower. It is believed to have been constructed after the Battle of Pratapgad, and Afzal Khan’s body is rumoured to be buried under the tower. 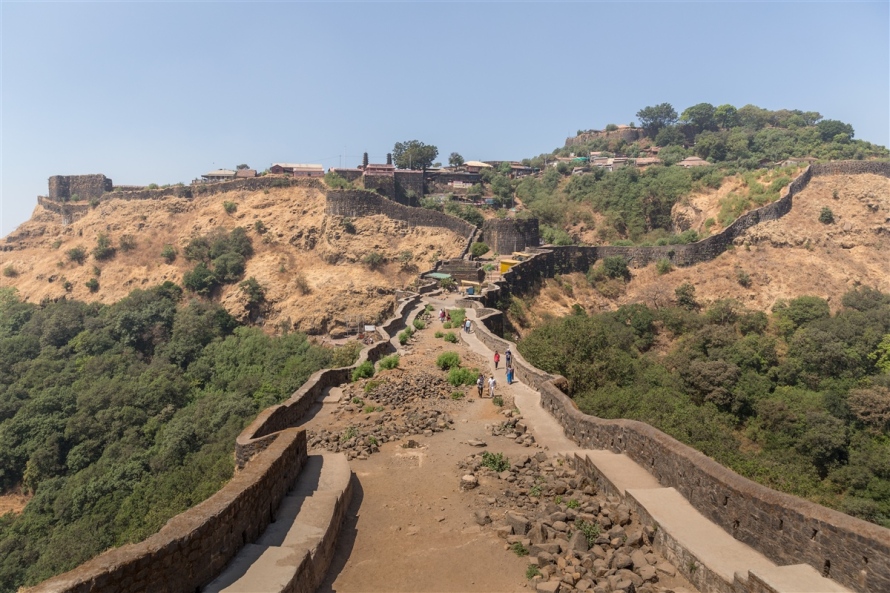 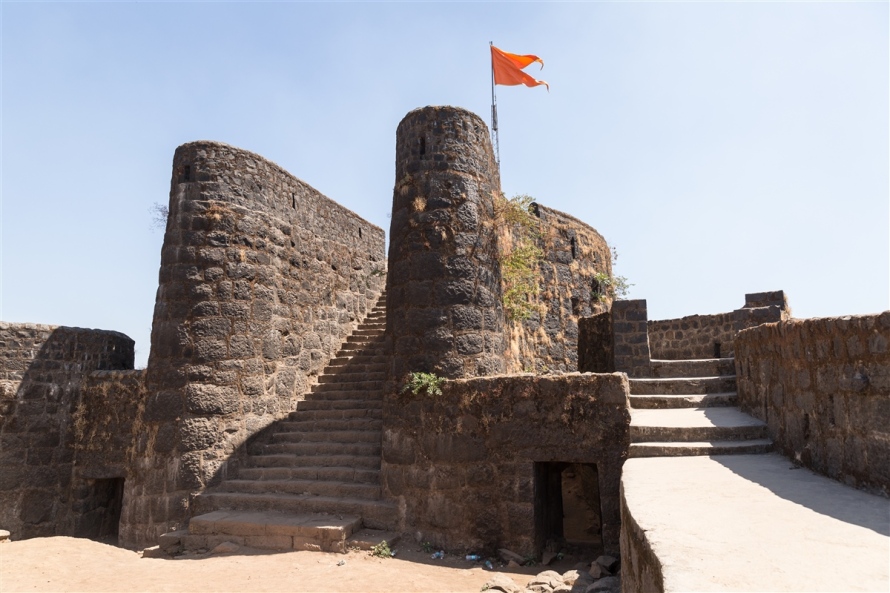 Higher up on the crest of the hill to the north west is the upper fort. Roughly square in shape, 180m on each side, it contains several permanent buildings, including a temple to the god Mahadev. The walk from the lower to upper fort takes you through a series of gates, lined with stalls selling food and drink. 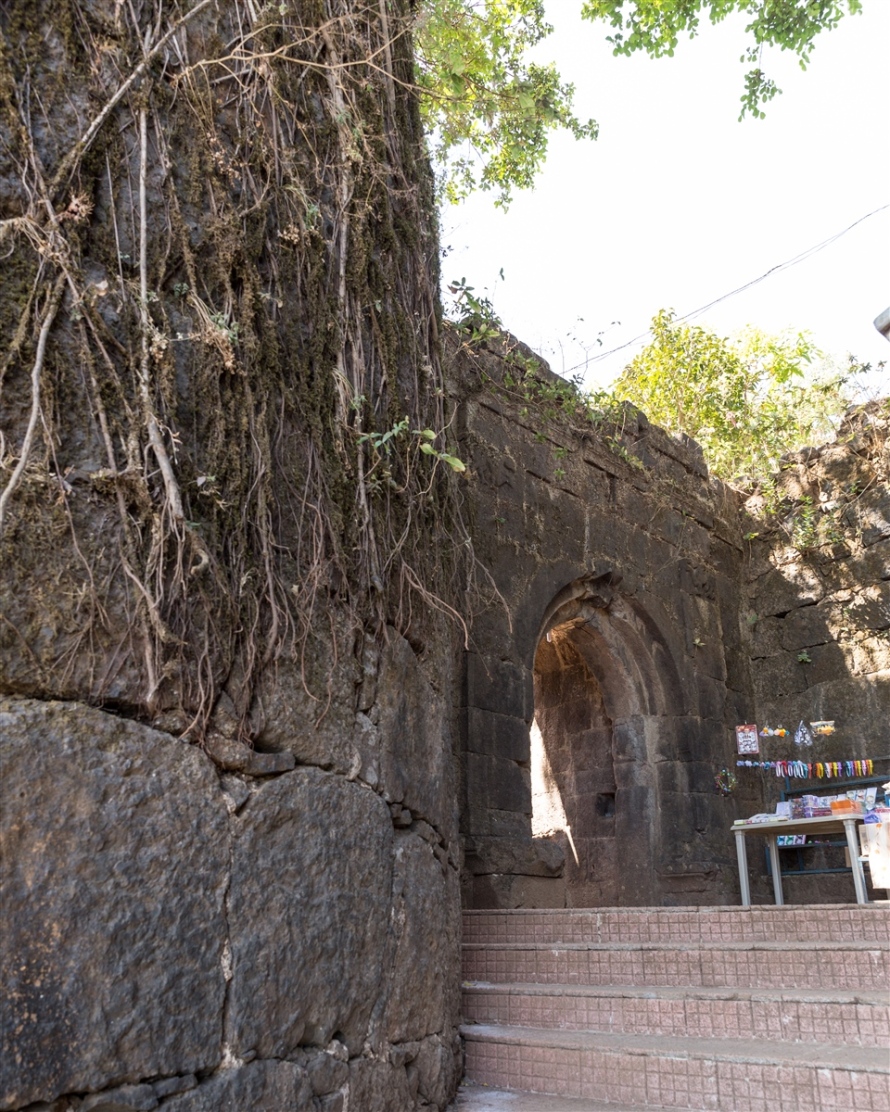 The dramatic setting for Pratapgad fort becomes even more apparent from the upper fort, the views are simply stunning (even if hazy !) with sheer cliffs dropping down over 250m.

At the center of the upper fort in a small garden is a 17 feet high equestrian bronze statue of Shivaji. This was unveiled by Jawaharlal Nehru, then Prime Minister of India, on the 30th of November 1957.

You can walk around the wall of the upper fort, but care should be taken as the steps are uneven. It would be a wonderful place to be at sunset I imagine, or during the monsoon season. 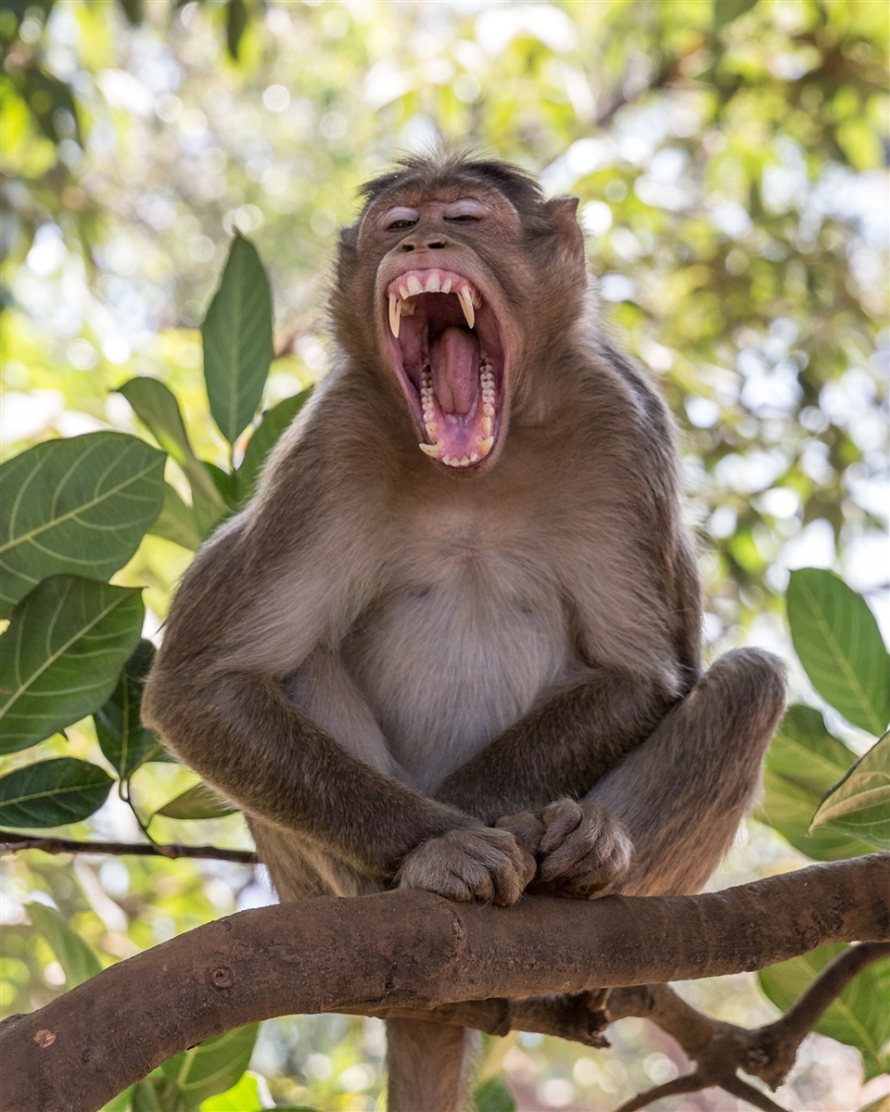 Pratapgad Fort is open daily 6am – 6pm, there is no entrance fee.