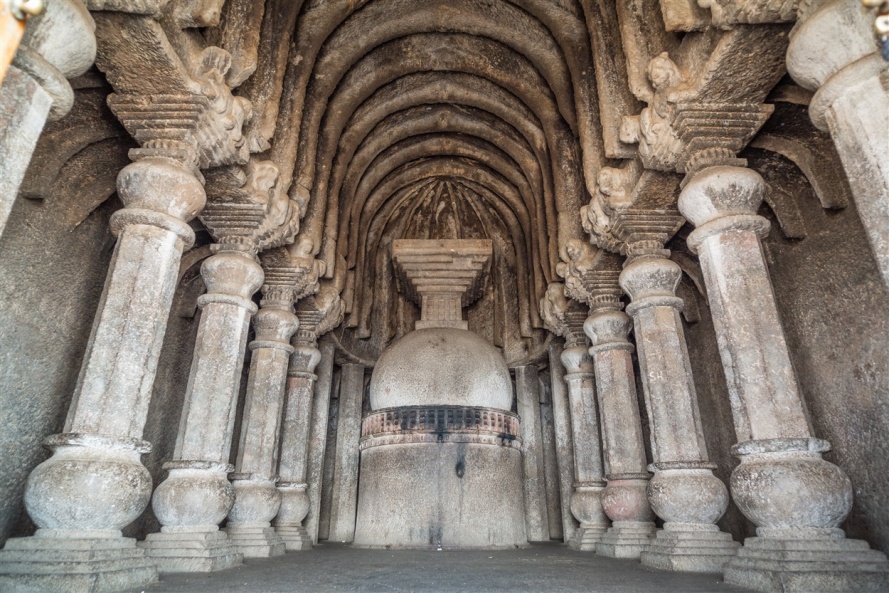 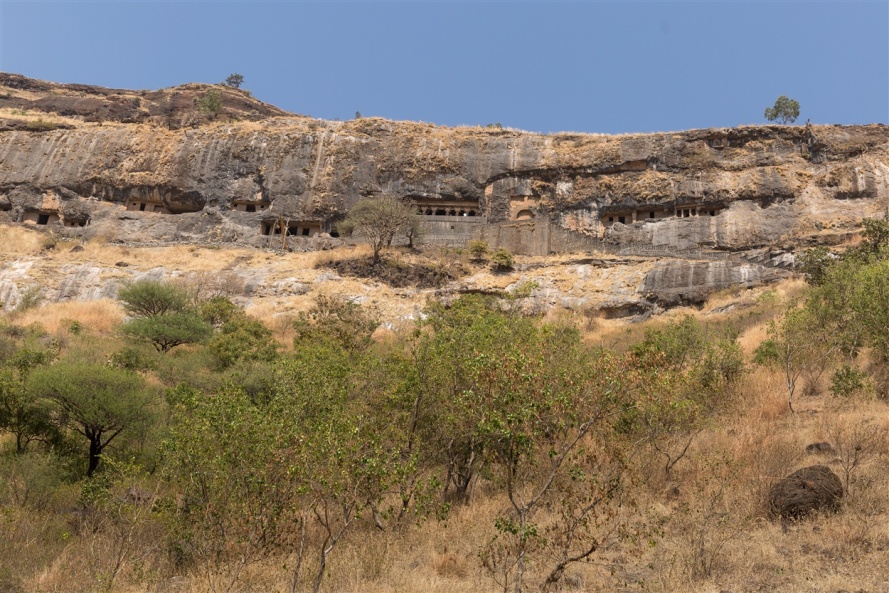 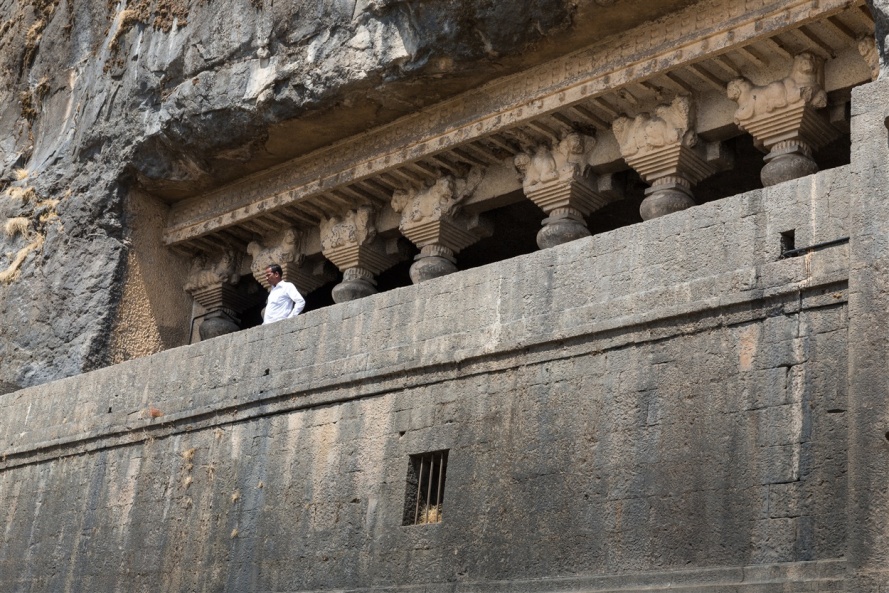 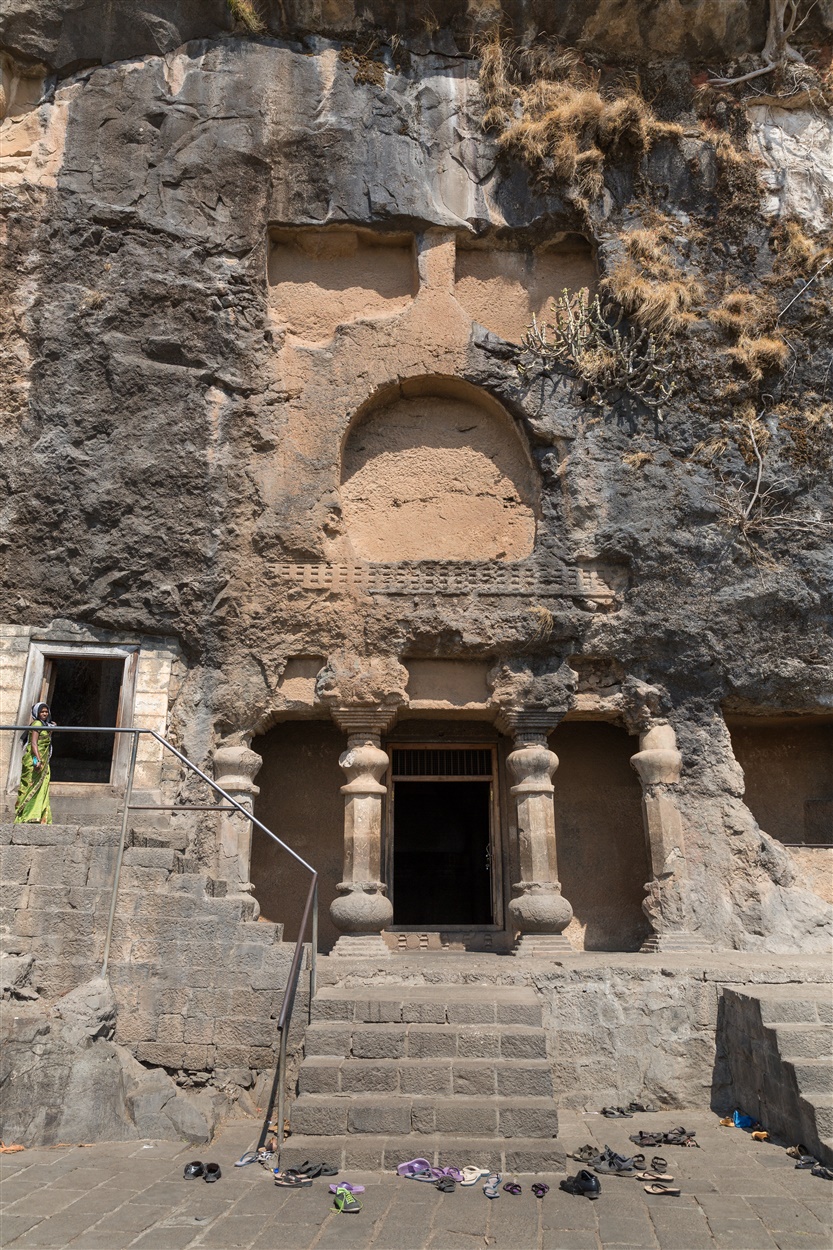 Lenyadri Hill is located about 4km north of Junnar. The caves here on the southern escarpment date from between the 1st and 3rd century A.D. In total there are 26 excavations, two of which are chapels and the others being monasteries.

There are two main highlights of a visit to Lenyadri :

This is a Chaitya hall. a very early example, and similar in plan (but smaller) to the one that can be found at Ajanta Caves. The vaulted interior of the hall has some rock-cut ribs, with the devotional focus being the hemispherical stupa raised on a plain drum. 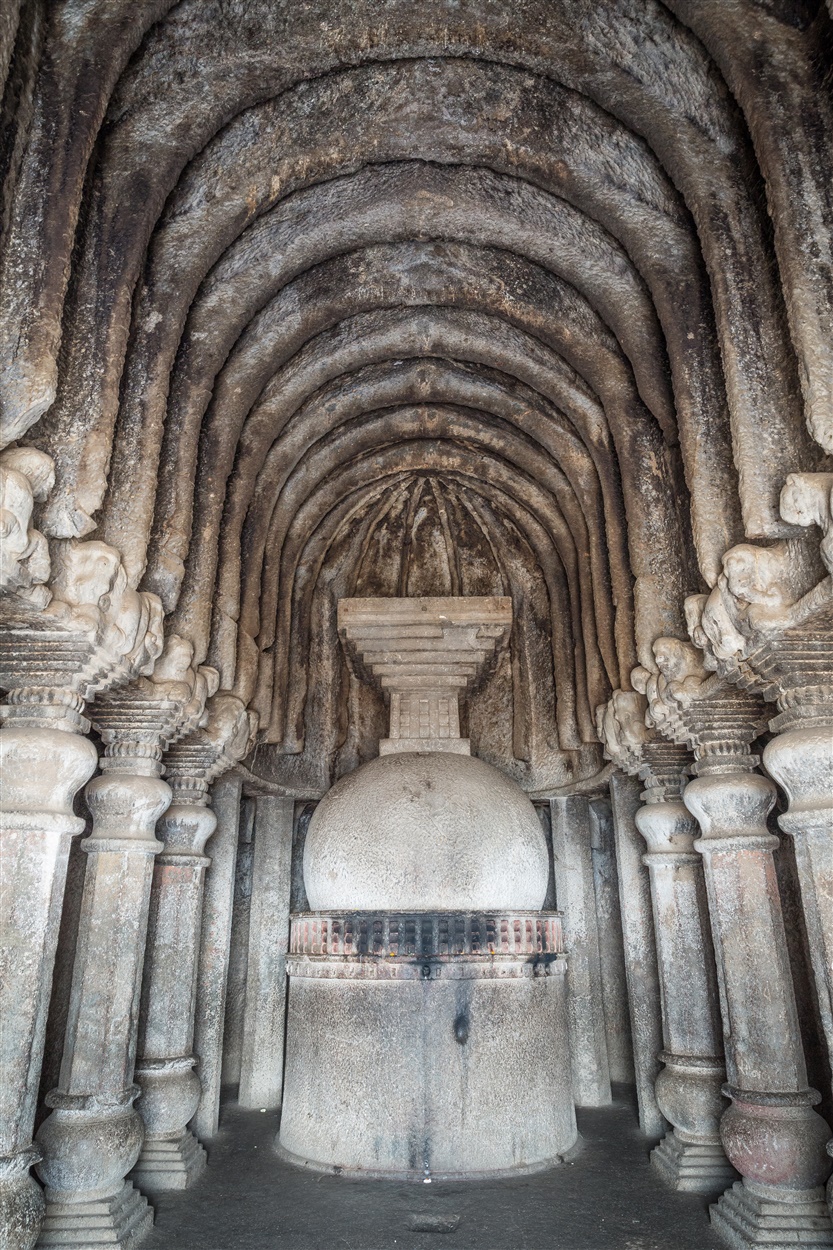 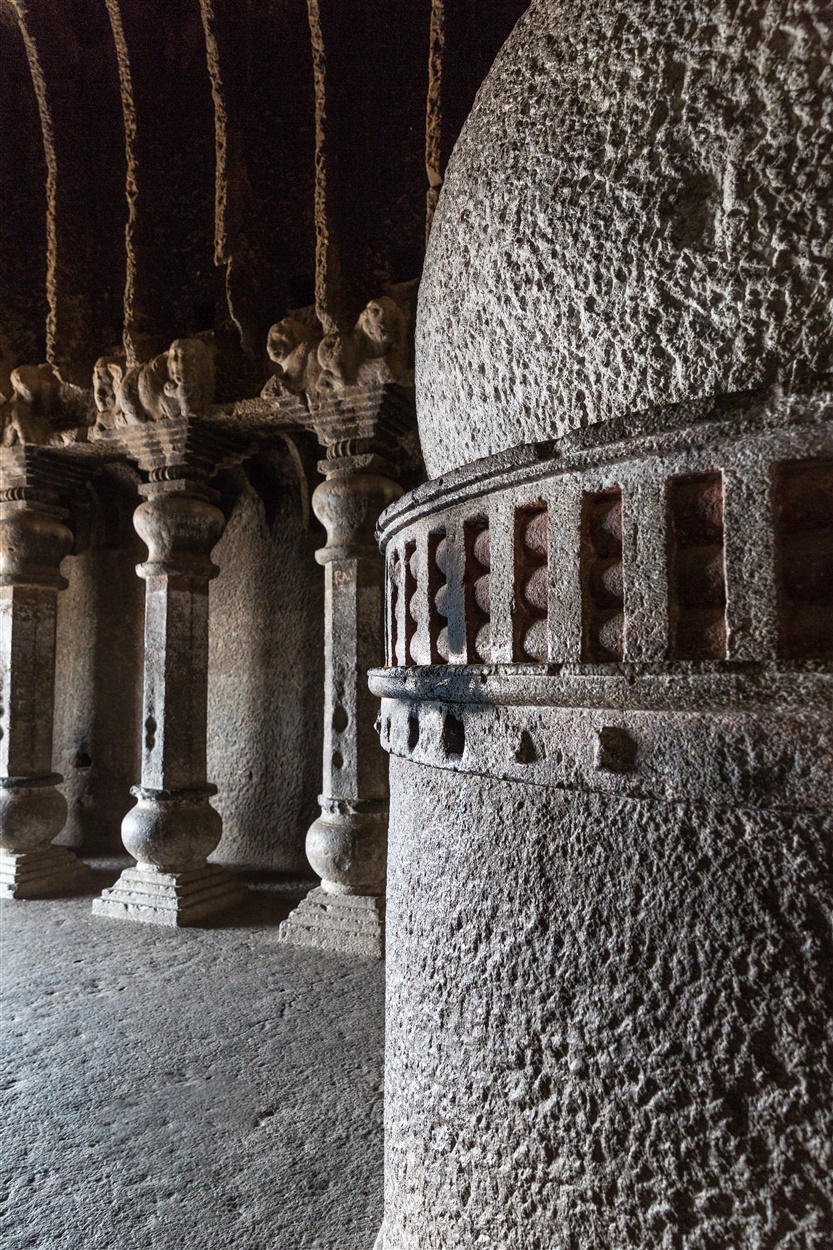 The Satakarni period pillars begin with a four-plated pyramid structure, then a waterpot base, followed by an eight-sided shaft, above a reversed pot, then a capital in five plates, and on the top the amalaka or cogwheel pattern. The capitals have animal figures like lions, elephants, a sphinx and tigers. 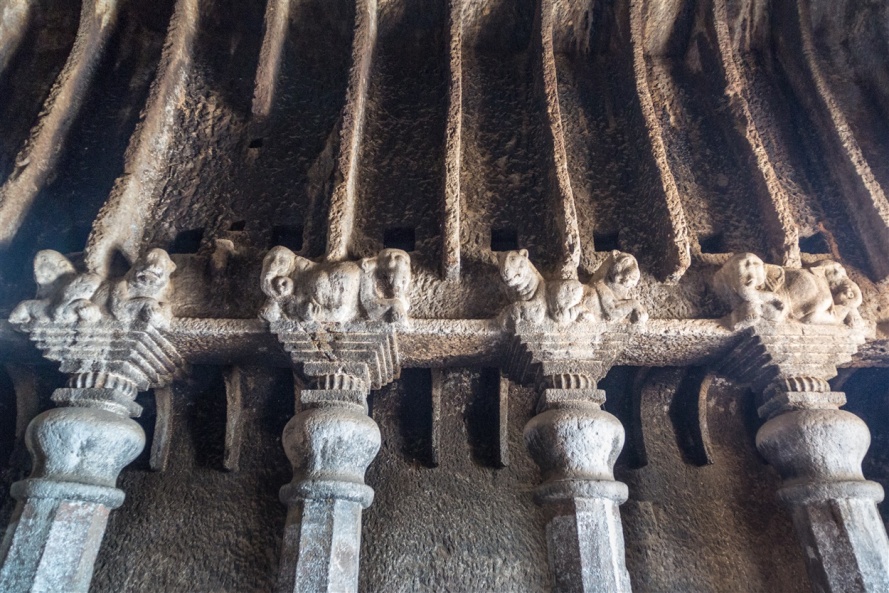 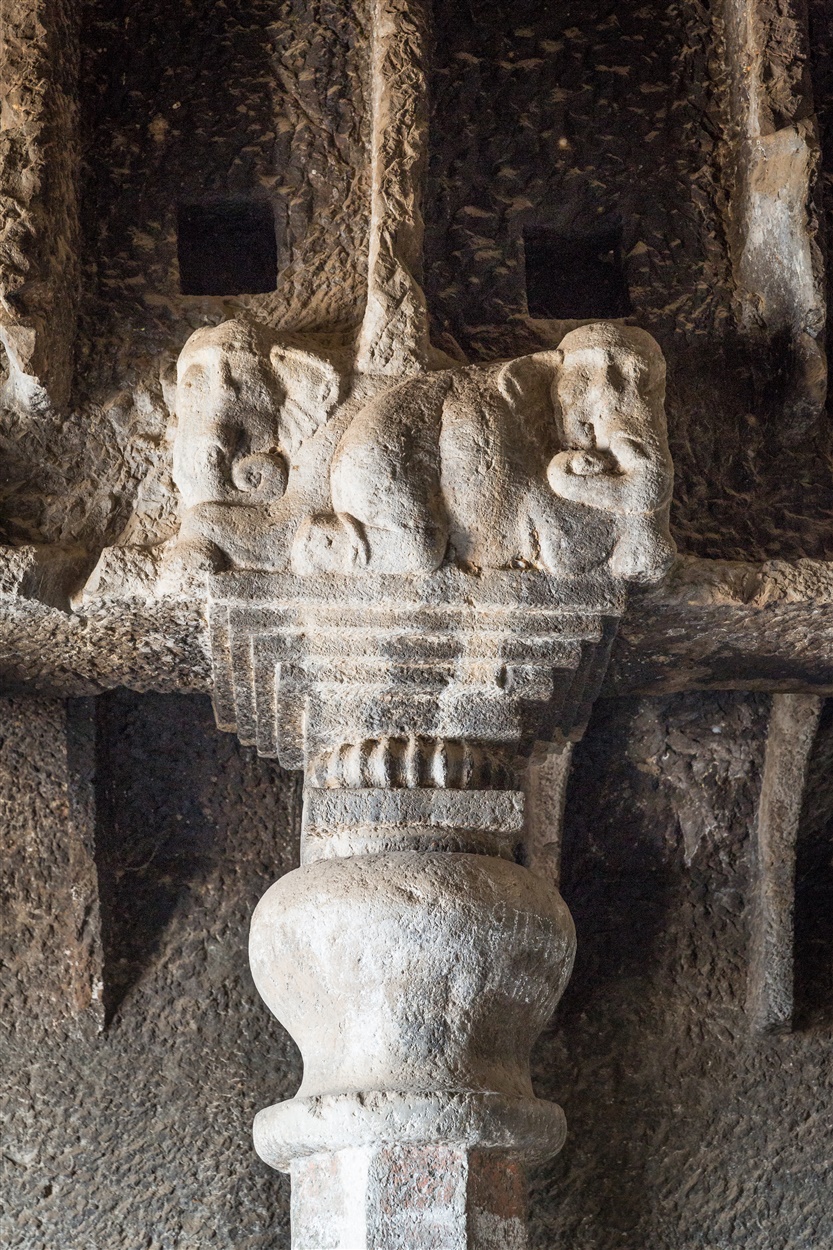 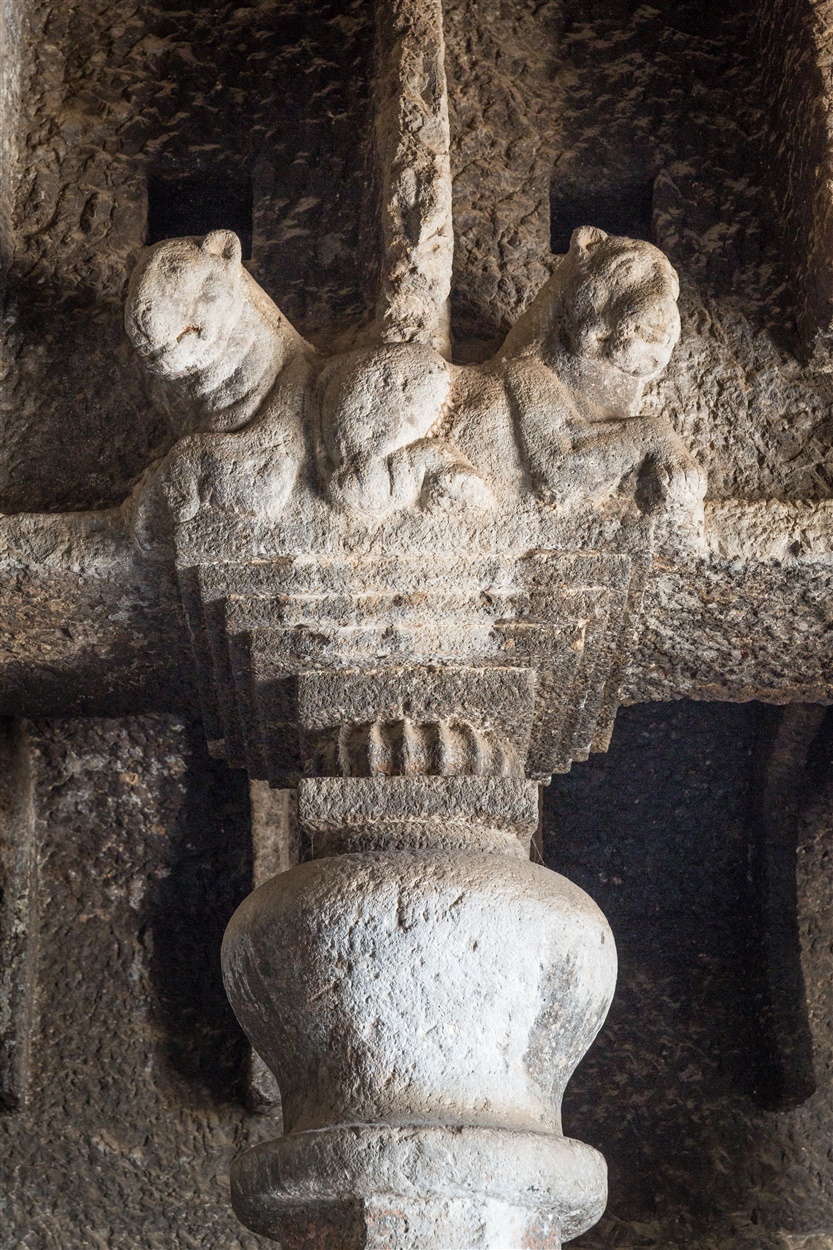 A 2nd century, swastika-flanked inscription on the back wall of the veranda translates: “A meritorious gift of a chapel cave by the distinguished Sulasadata, son of Heranika of Kalyana (modern day Kalyan near Mumbai).

The Ganesha temple is located in Cave 7, the largest single excavation around Junnar. It is essentially a Buddhist Vihara in design (a dwelling for monks, mostly with meditation cells), an unpillared hall with 20 cells of varying dimensions; 7 on either side and 6 on the rear wall. 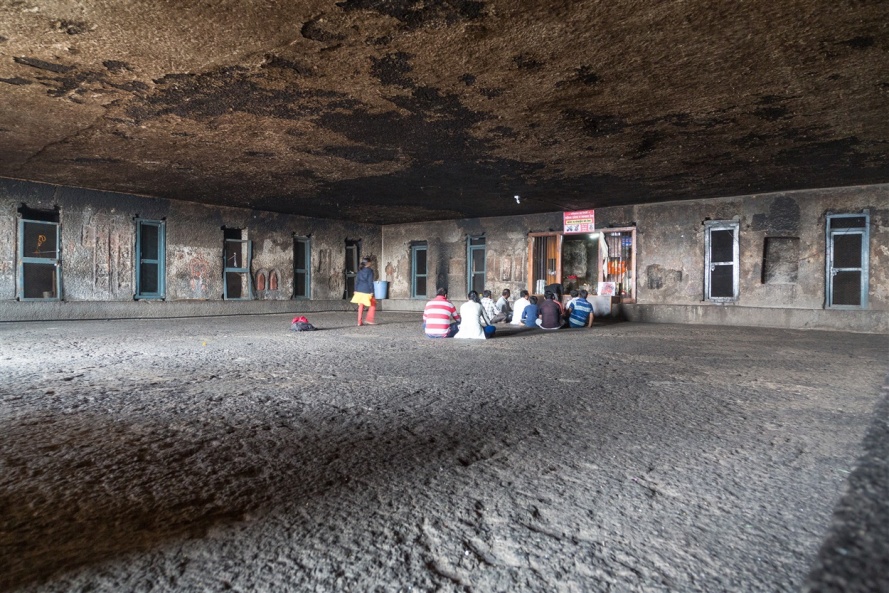 The hall is huge, and is now treated now as a sabha-mandapa (“assembly hall”) of the Ganesha temple.

The Ganesha form worshipped here is called Girijatmaja (Sanskrit: गिरिजात्मज). The name is either interpreted as “mountain-born”, or as “Atmaja of Girija”, the son of Parvati. 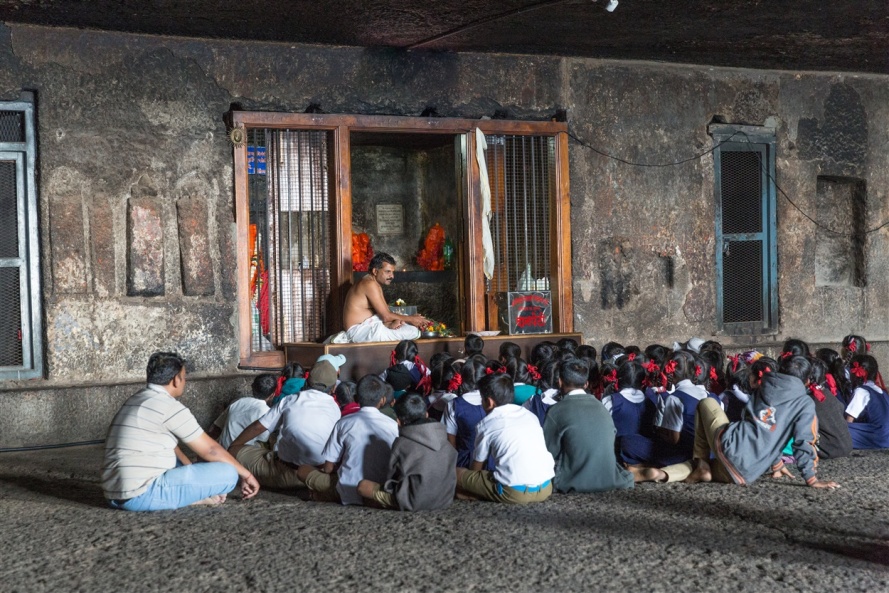 Lenyadri is one of the eight revered Ganesha temples collectively called Ashtavinayaka. While some believe that order of visiting the temples in an Ashtavinayaka pilgrimage is irrelevant, Lenyadri is usually visited as the 6th temple. 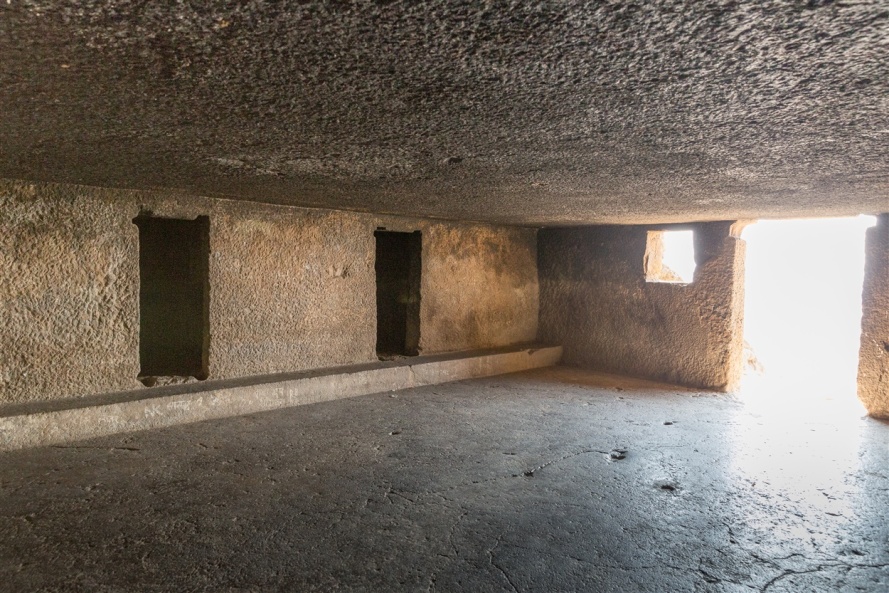 The current name “Lenyadri” literally means “mountain cave”. It is derived from ‘Lena’ (in Marathi meaning “cave”) and ‘adri’ (in Sanskrit meaning “mountain” or “stone”).

The name “Lenyadri” appears in the Hindu scripture Ganesha Purana as well as in a Sthala Purana, in association to the Ganesha legend. It is also called Jeernapur and Lekhan Parvat (“Lekhan mountain”).

The hill is also known as Suleman Pahar (“Suleman hill”) or Ganesh Pahar (“Ganesha hill”). An ancient inscription calls the place Kapichita. The caves are of course also known as Ganesh Lena or Ganesh Caves. 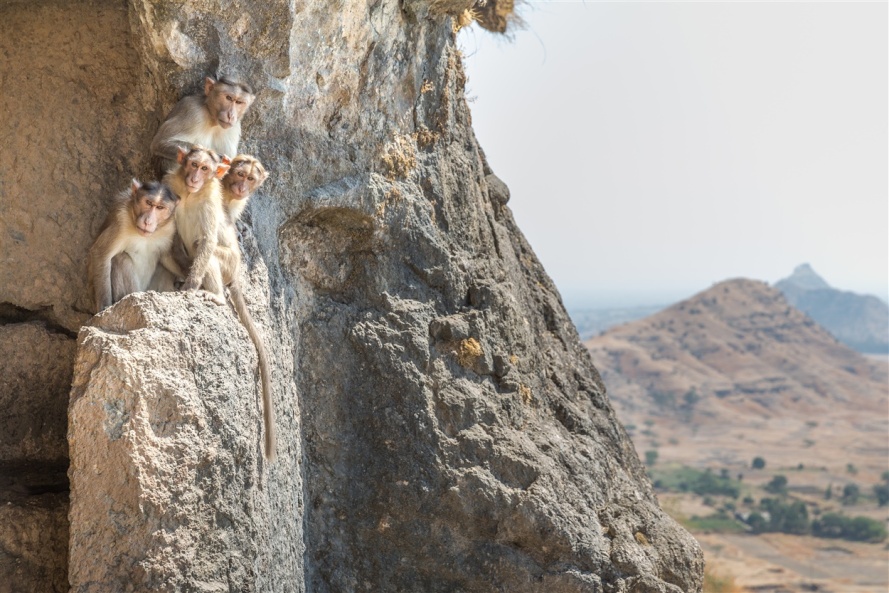 Of all the cave complexes you can visit around Junnar, Lenyadri is of course the most significant and popular site to visit. It is also heavily populated with very bold monkeys who will happy attempt to grab things straight out of your hand or bag. 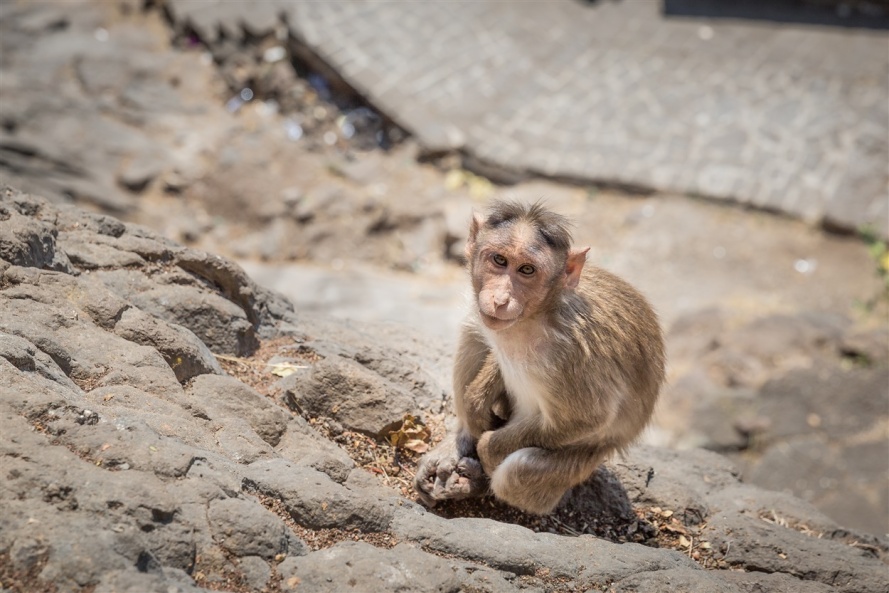 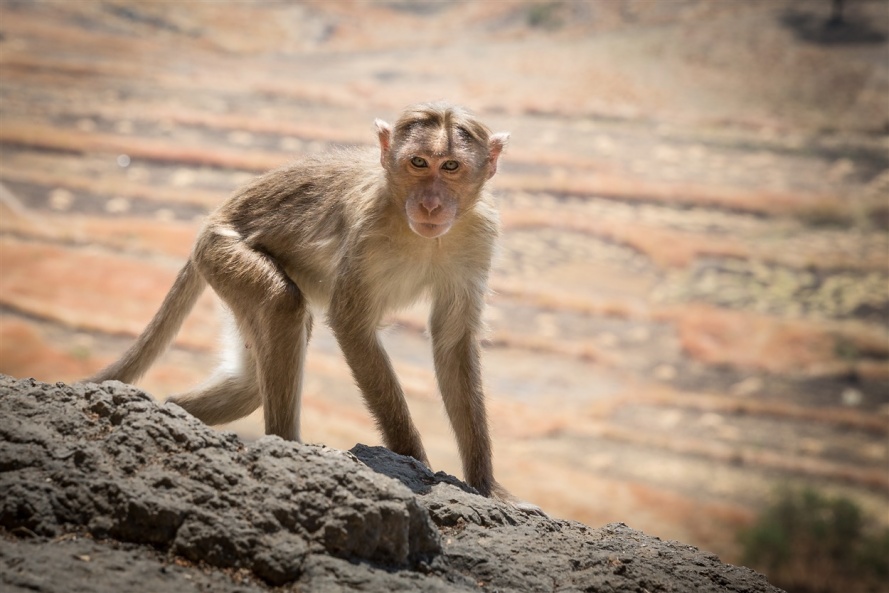 You really have to be on the lookout for this, if you put a bag down even for a few seconds a monkey is sure to appear and have a forage inside (or worse still, run off with it!).