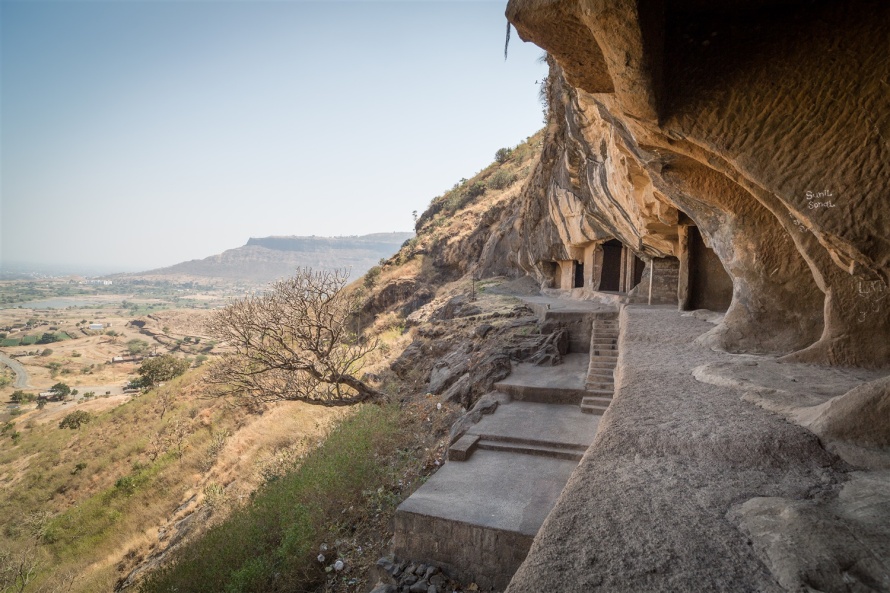 Having explored the better known rock-cut caves near Pune (Bhaja, Bedse and Karla), I decided to take a day excursion to Junnar (90 km from Pune) to see and photograph further examples.

Tulja Lena is the smallest group at Junnar, with 11 caves datable from 1st century B.C. to 1st century A.D. These caves are situated together in a row and face roughly east-northeast. 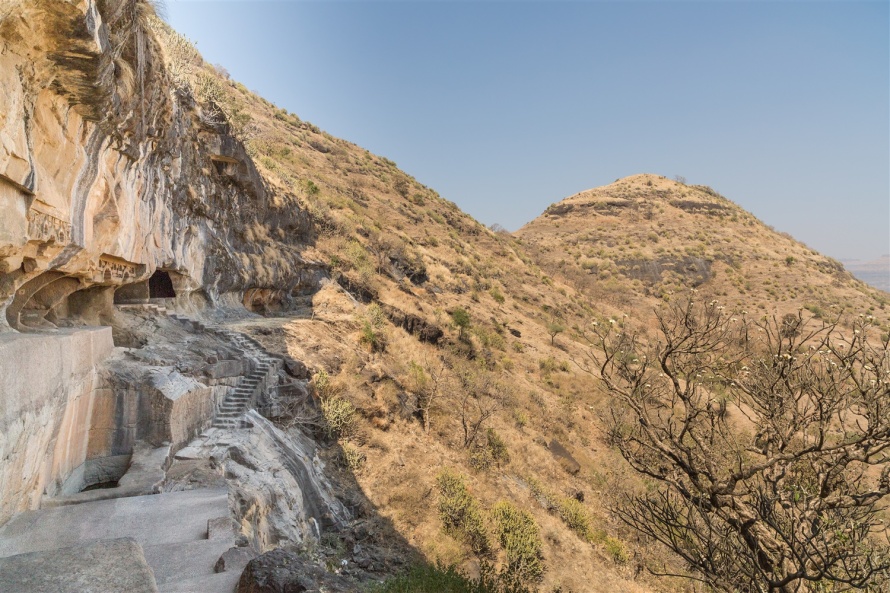 Of the 11 caves here, by far the most interesting is Cave 2.

Here the excavation consists of a round room with the stupa located at the centre. Twelve octagonal pillars encircle the stupa, with a wonderfully carved domed ceiling above. 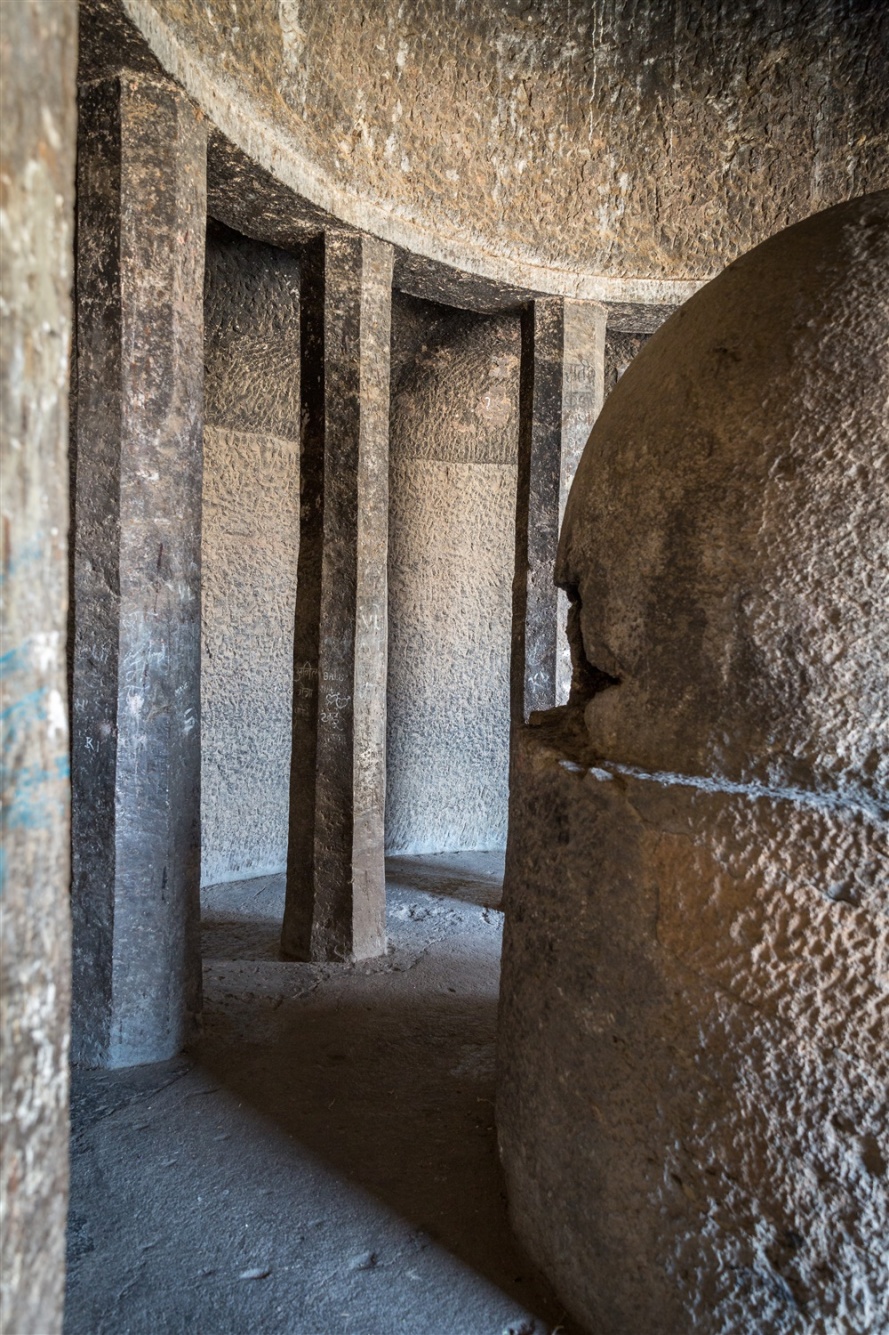 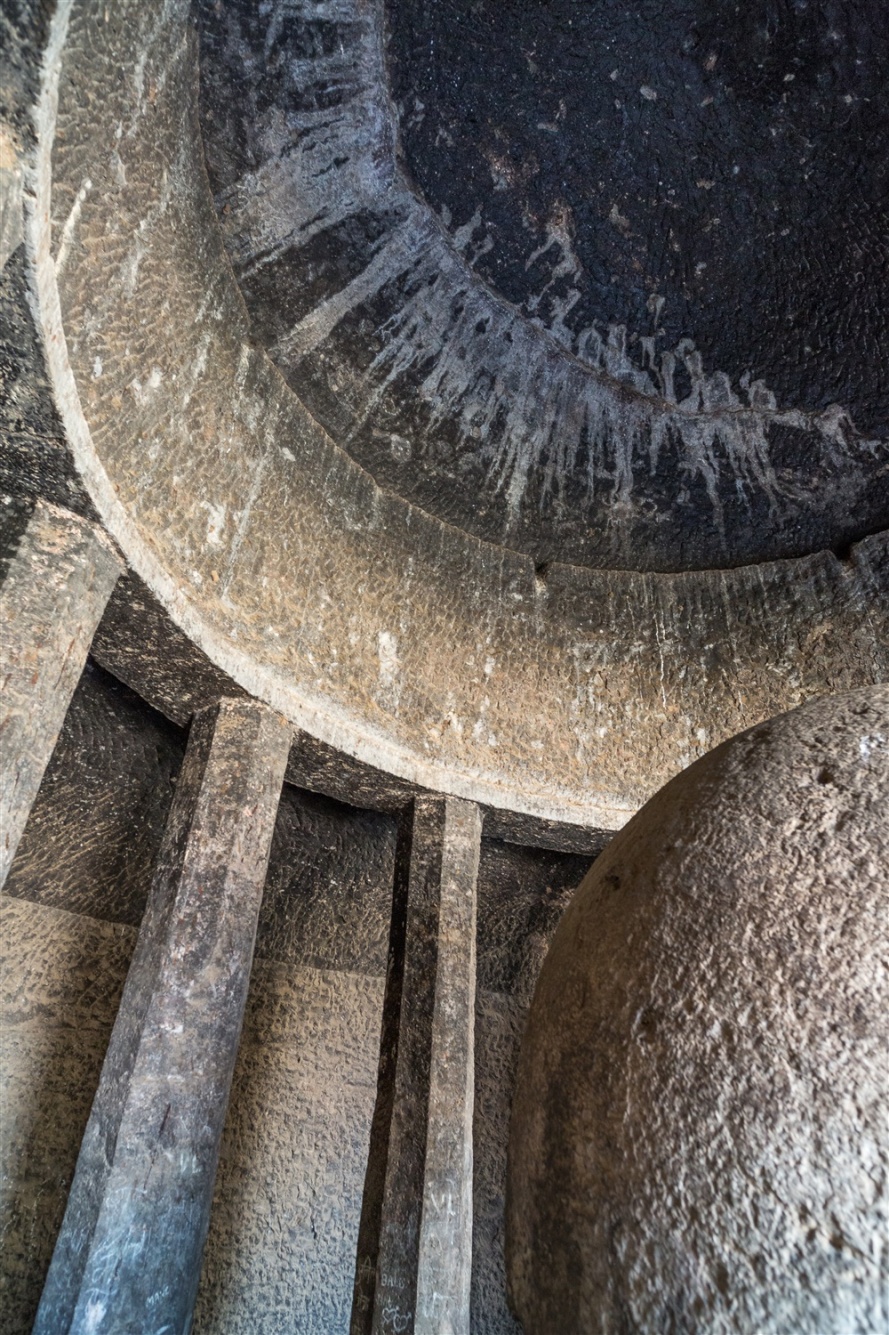 It’s quite unlike any other rock-cut cave I have seen before or since, but I really don’t know how many other examples may exist.

Once the whole cave was painted and you can see very small traces of this on the aisle roof and lower part of the dome (below, if you look carefully, you can make out squares of lighter colour). 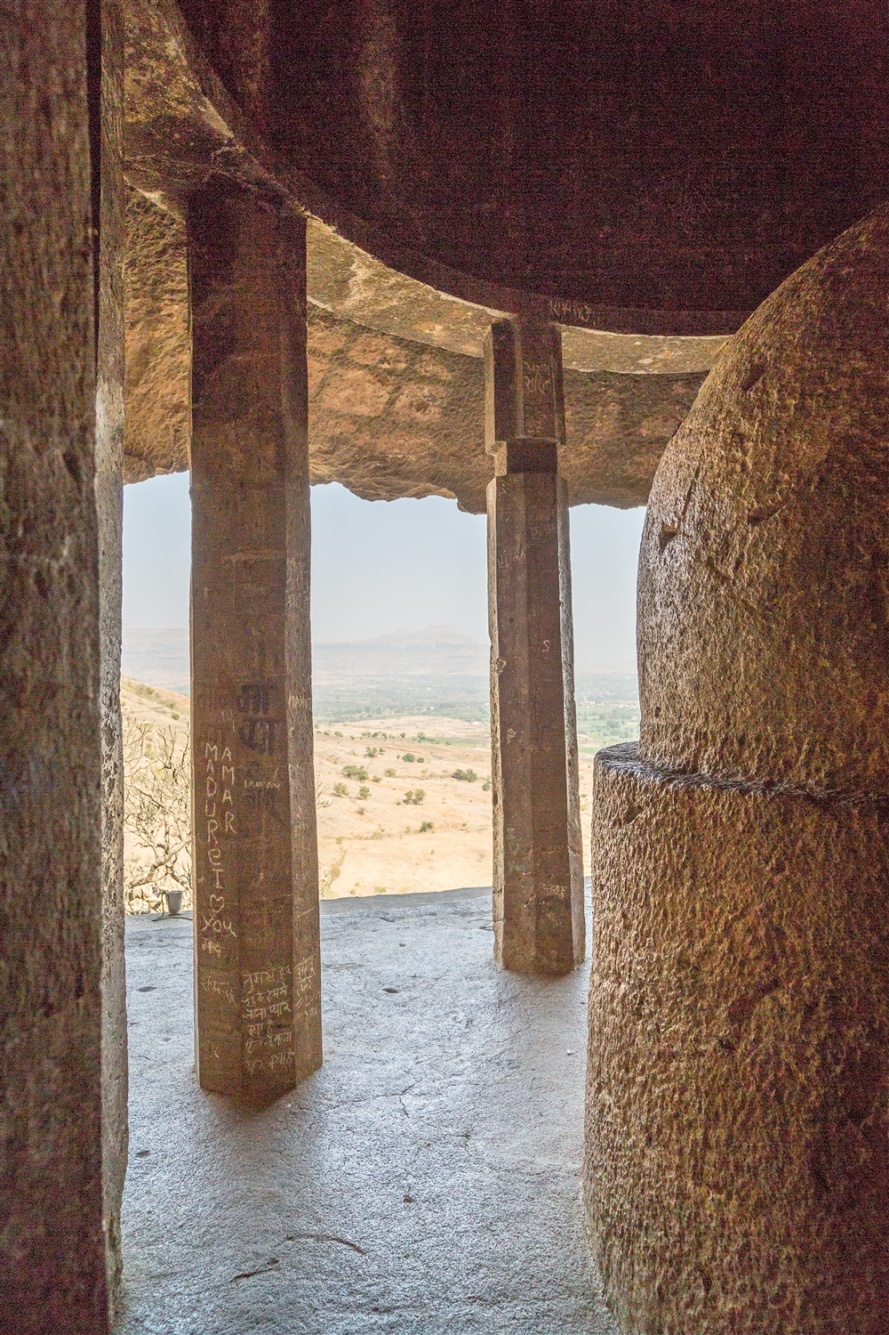 Junnar was an important trade center in the 1st century A.D. – the town was located on a trade route leading from the Satavahana capital Paithan to the rich ports at the Arabian Sea. The route was busy transporting carnelian and textiles to the Middle East and the Roman Empire, so the path was also often travelled by ancient Greek and Middle East traders. 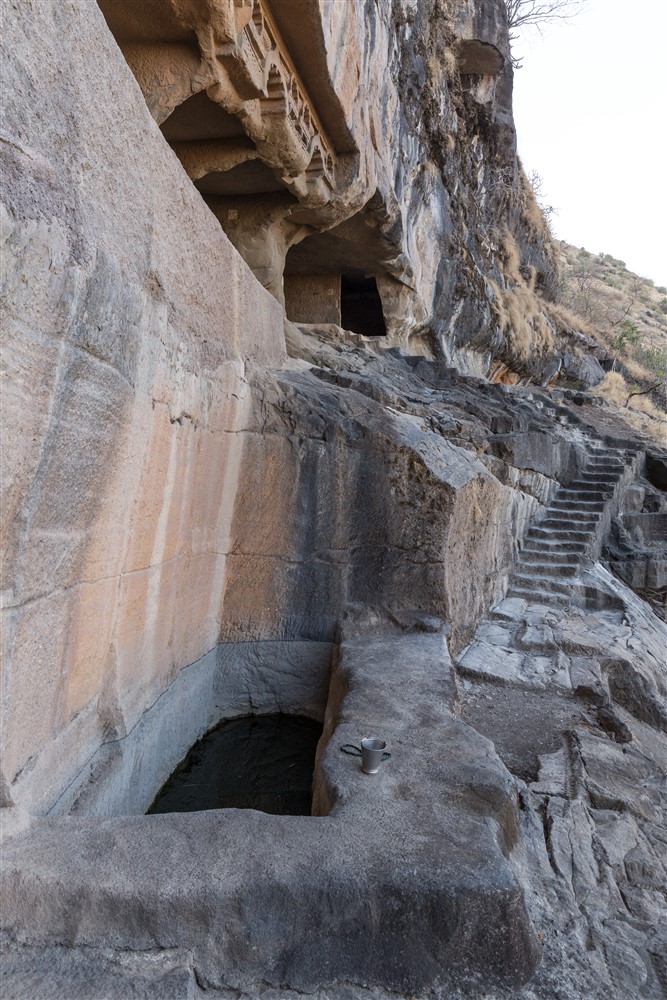 As a result, Buddhism was spread by the merchants and some of the earliest Buddhist monasteries were established along the trade routes. 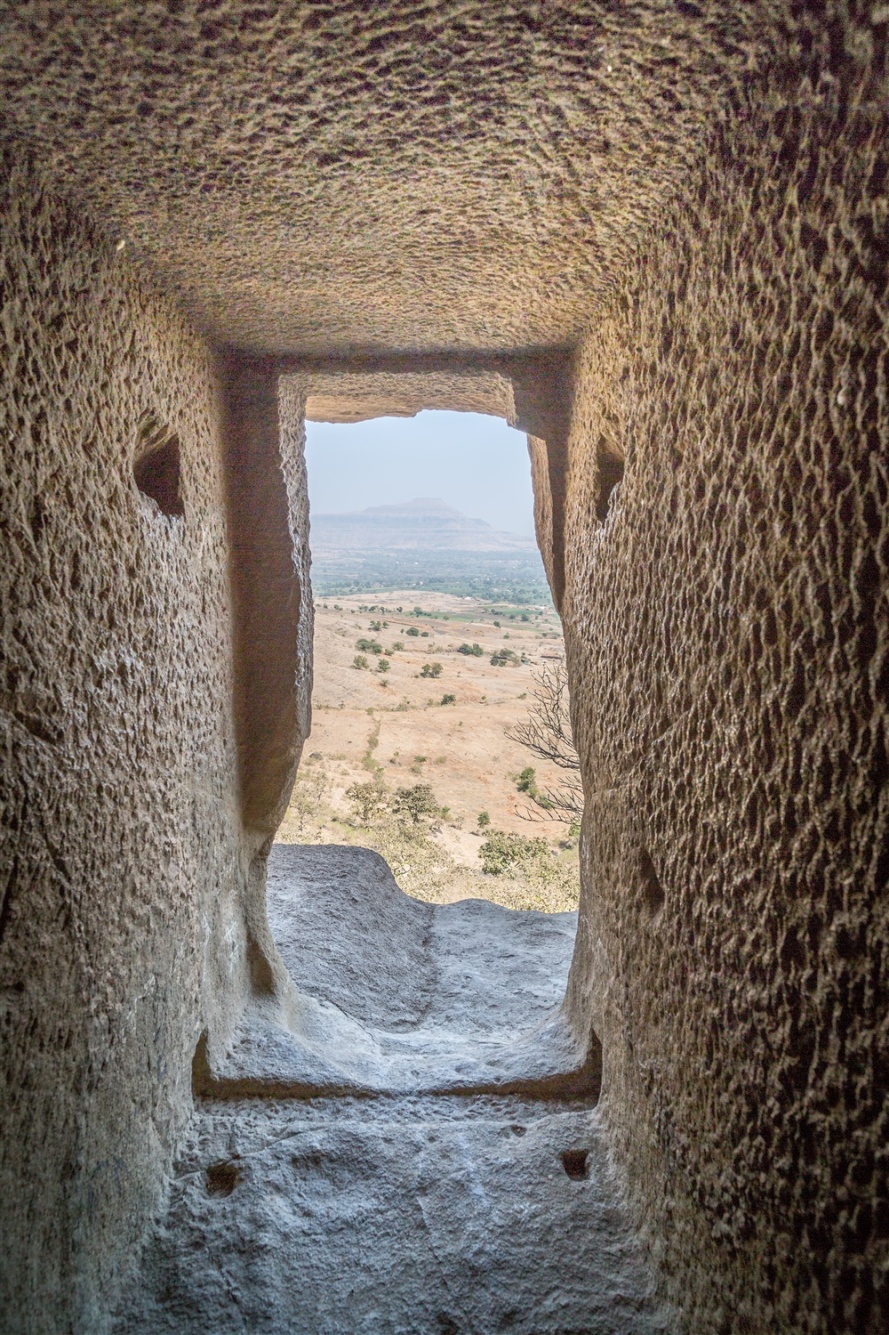 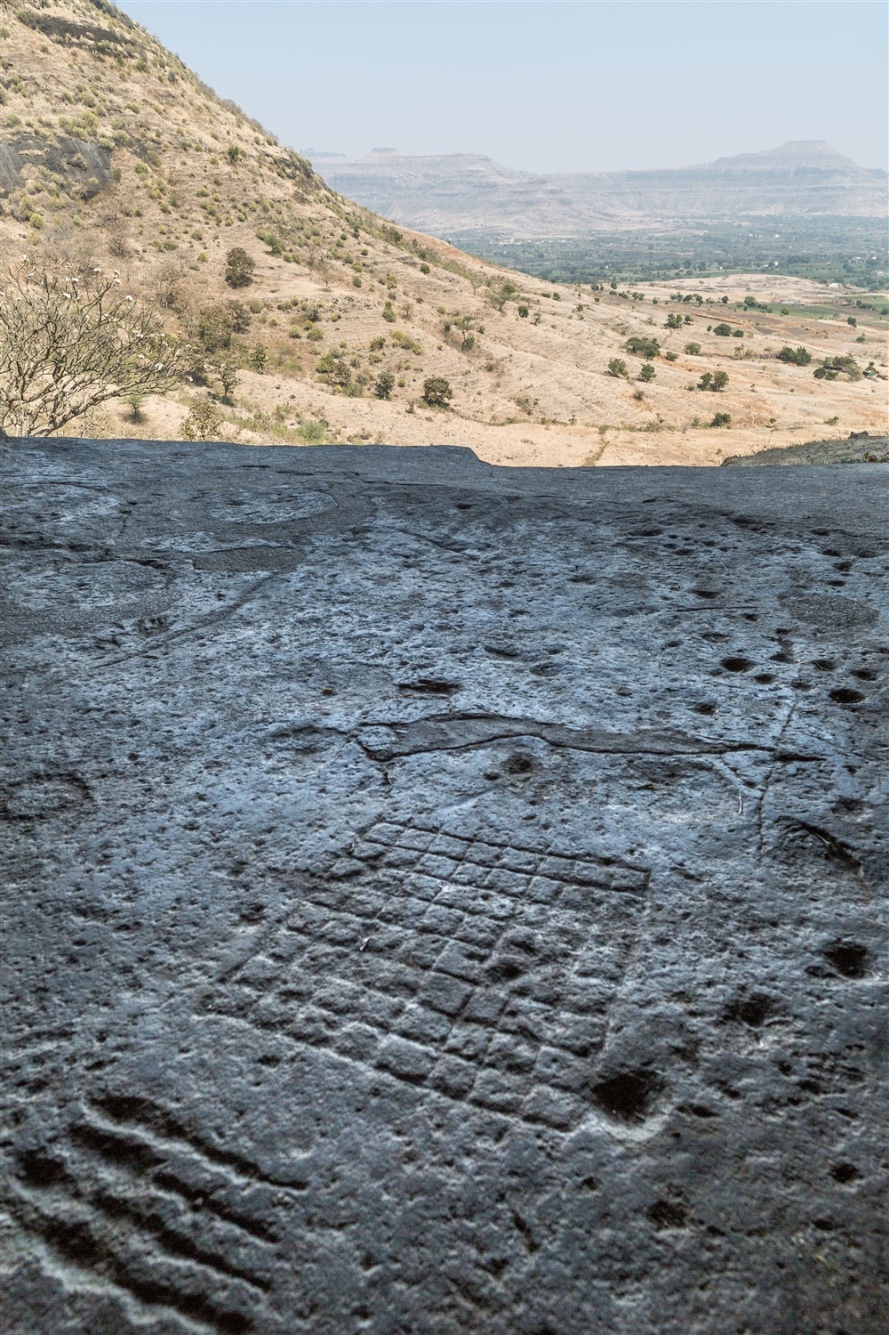 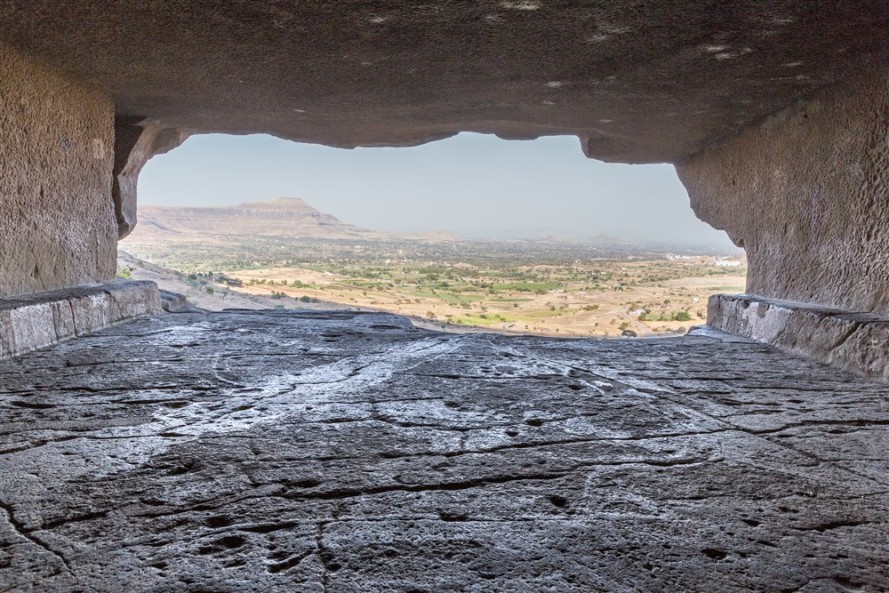 Cave 3 is a small vihara with an open verandah, cell to the right, middle room and two cells in the rear wall of middle room. This cave has been turned into a shrine of the Hindu goddess Tulja.

Two cells in the rear part have been united into one room. This room now contains a 0.9 m high figure of the Tulja goddess, an avtar of the Hindu Goddess Parvati, she has eight hands and is riding a lion.

I would imagine the architecture of cave 2 makes Tulja Lena quite an important site, and being the smallest assemblage of rock-cut excavations in the region means it gets far fewer visitors.

Despite this however, I was saddened see that time has not been kind to these caves. Most of the caves, and in particular cave 2  with that wonderful Chaitya hall, have been littered with graffiti and modern day carvings (as you can see from the photos).

I have visited over 300 ancient and archaeological sites in India, some in urban areas, others in seemingly quite remote areas. I have never experienced this level of vandalism before, and to be honest it’s a mystery to me why somewhere like this has been subjected to it.

I wish the ASI would at least make an effort to clean up the caves, if no graffiti existed it may deter others from making a start. Unfortunately seeing the monument being defaced like this will be my lasting memory of it, But thankfully I can’t think of any other comparable sites in this respect, so for me it is at least an anomaly.