About 250m south of the Sachiya Mata Temple on the outskirts of Osian village are the 8th and 9th century southern group of temples. If you’re visiting Osian by car for the day, the temples are situated close to where you’re likely to park the vehicle.

A pretty little temple with some lovely carvings, perhaps slightly let down by the amount of discarded rubbish left from the adjacent car park. 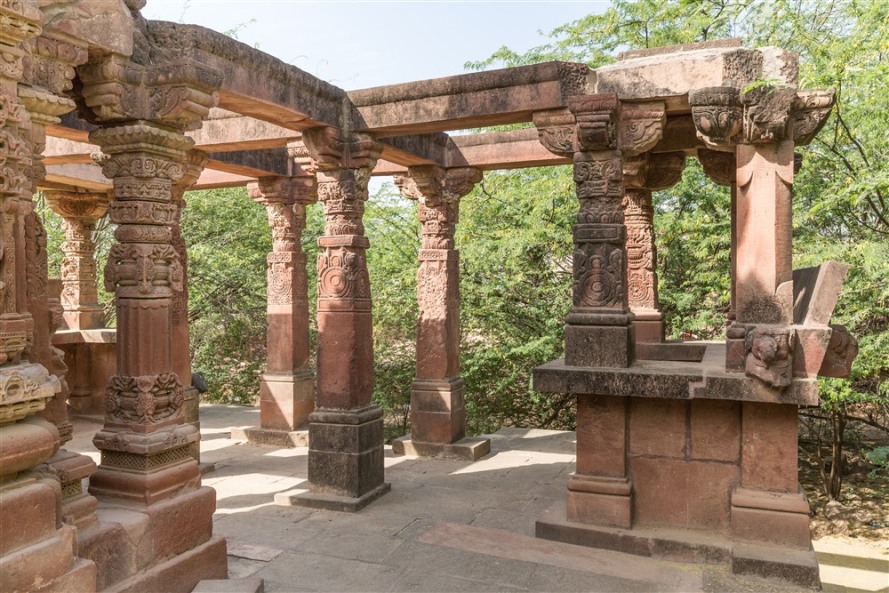 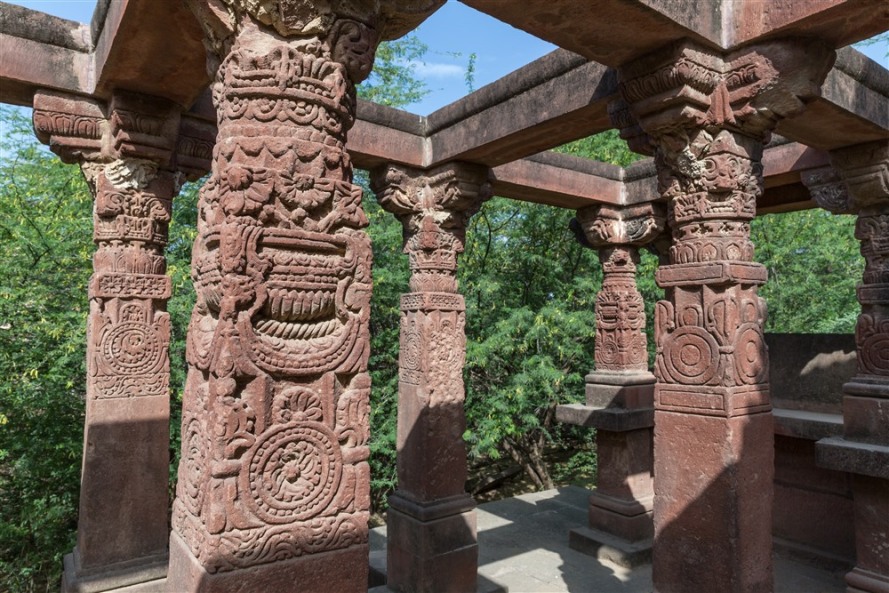 A very short distance beyond this temple is the Kata Baori step well, accessed through an iron gate in the wall.

Head towards the main road and turn right, almost immediately you will come to a small Vishnu temple.

I happened to be here as a small pre-wedding ritual was underway, which was interesting to observe. 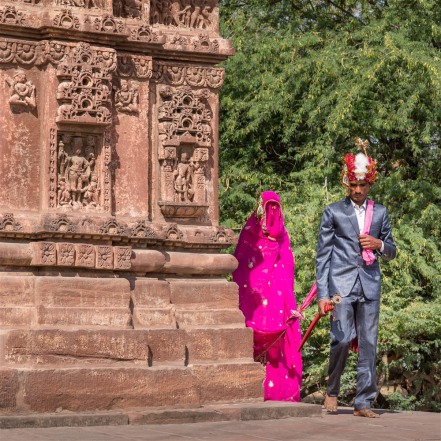 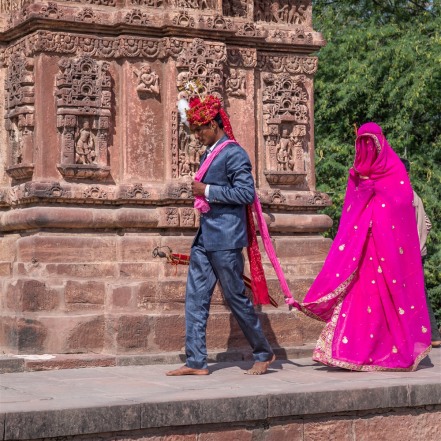 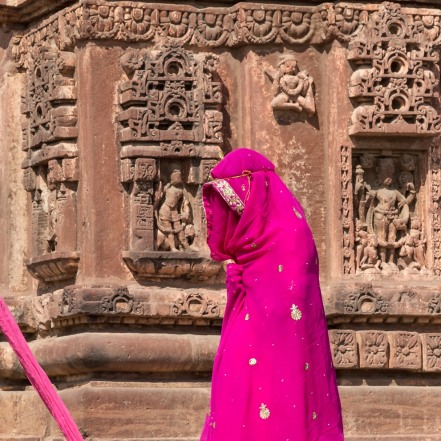 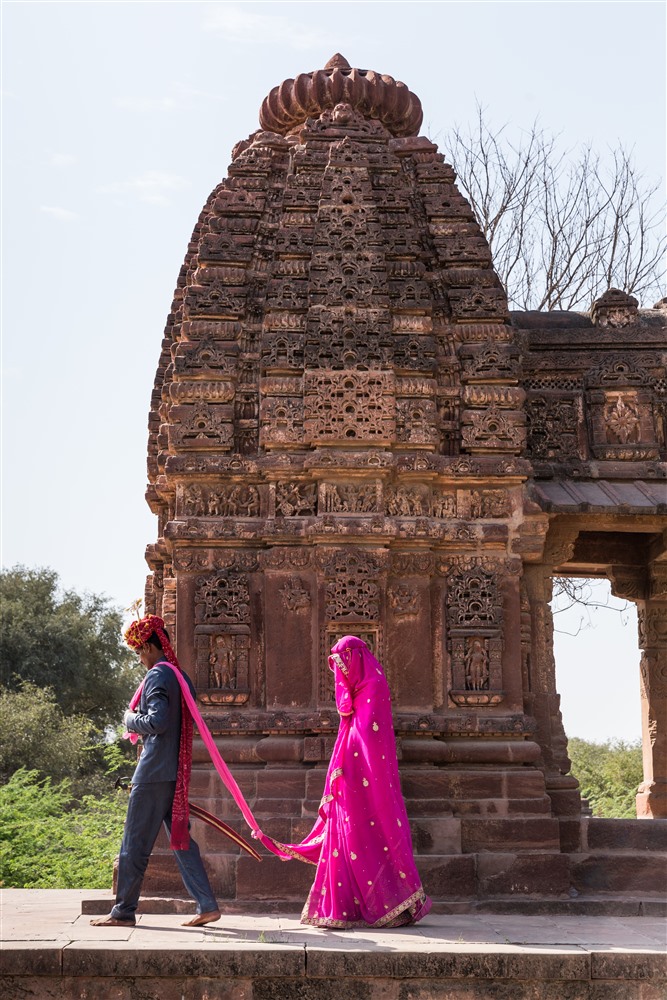 Right next to the Vishnu Temple.

Now cross the road to the highlight of this southern group of temples. Immediately opposite are two larger temples.

This temple is dedicated to Harihara, a combination of Shiva and Vishnu, normally recognisable from the vertical line that is drawn down the centre of the top of the god’s head (separating the squared off headdress of Vishnu from the matted locks of Shiva). 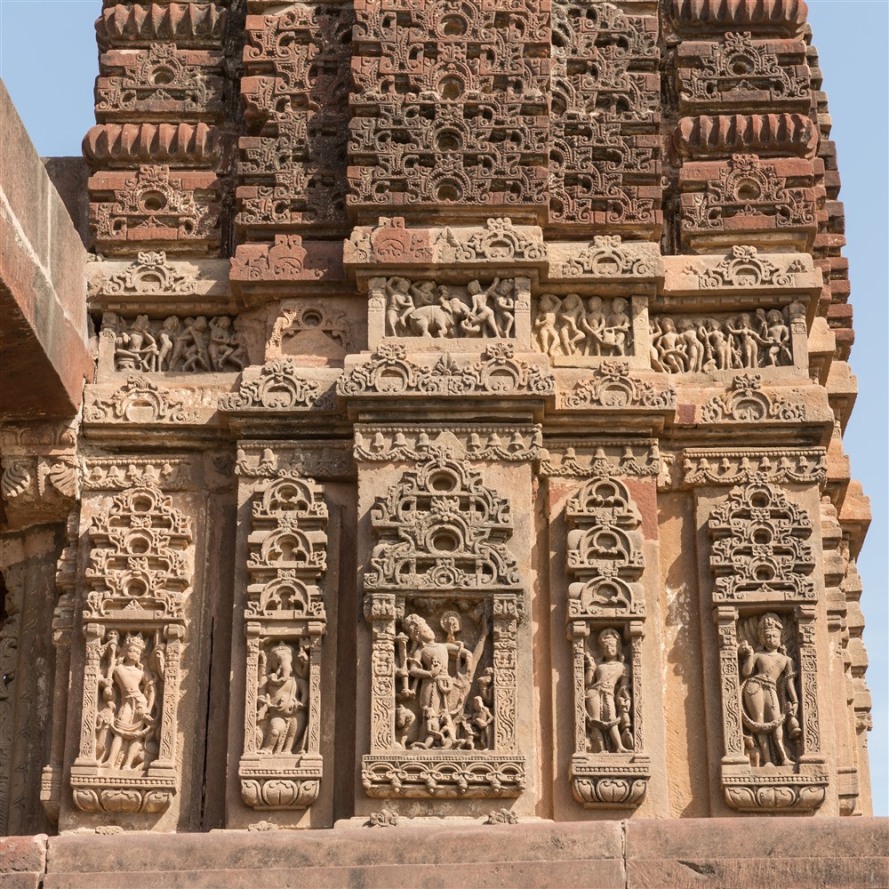 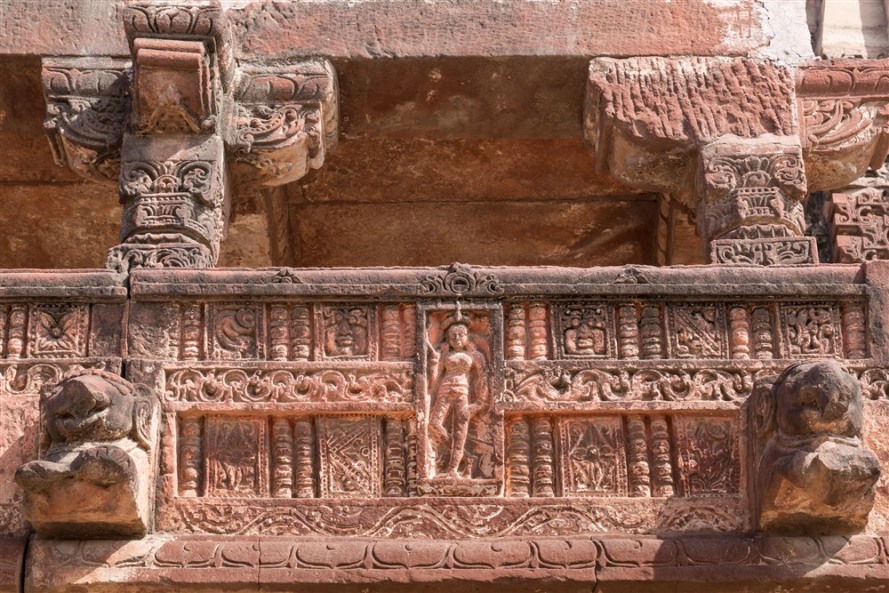 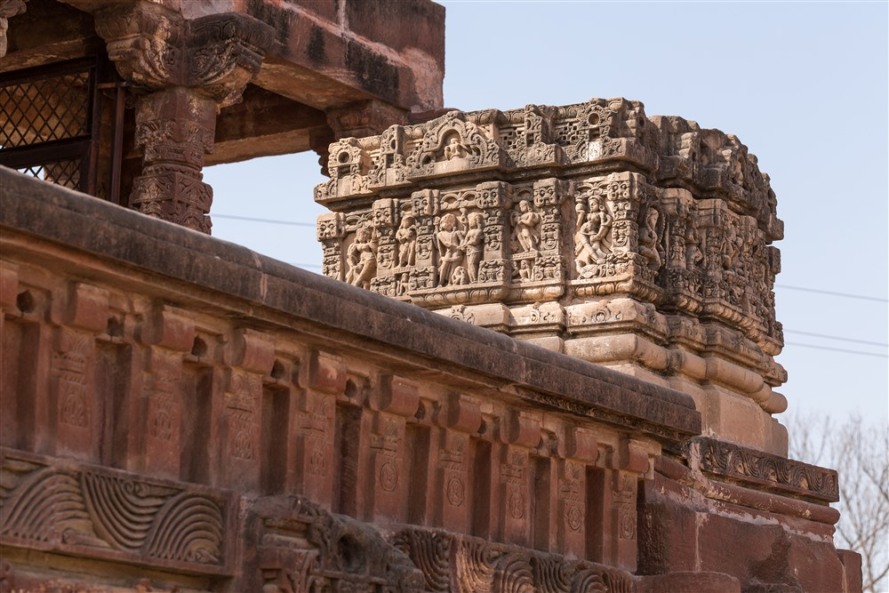 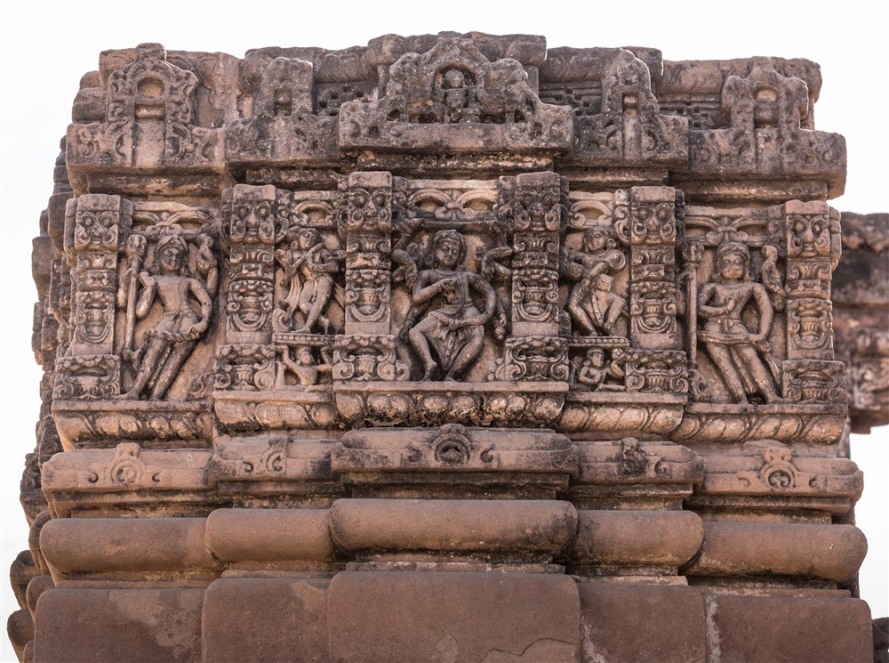 Built in 750 – 775 A.D, the carvings on the outside of the temple are pretty impressive, but the detail on the ceiling was utterly exquisite.

The centerpiece was a flying Garuda (identified by the feather on top of his head), set amid a rondel of nagas (snakes), to whom Garuda is the traditional foe.

Kirttimukha masks occupy the four corners between the rondel and its surrounding square frame. Around the outside of the frame, nagas bow in submission. 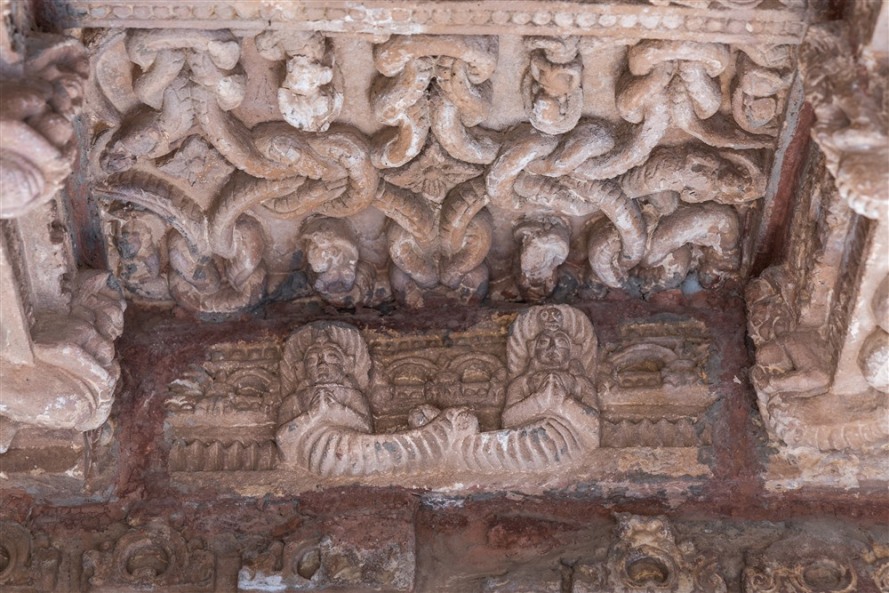 It’s a beautiful work of art. It’s such a shame that this roadside temple, arguably one of the most accessible of all the Osian temples, must receive just a handful of daily visitors. 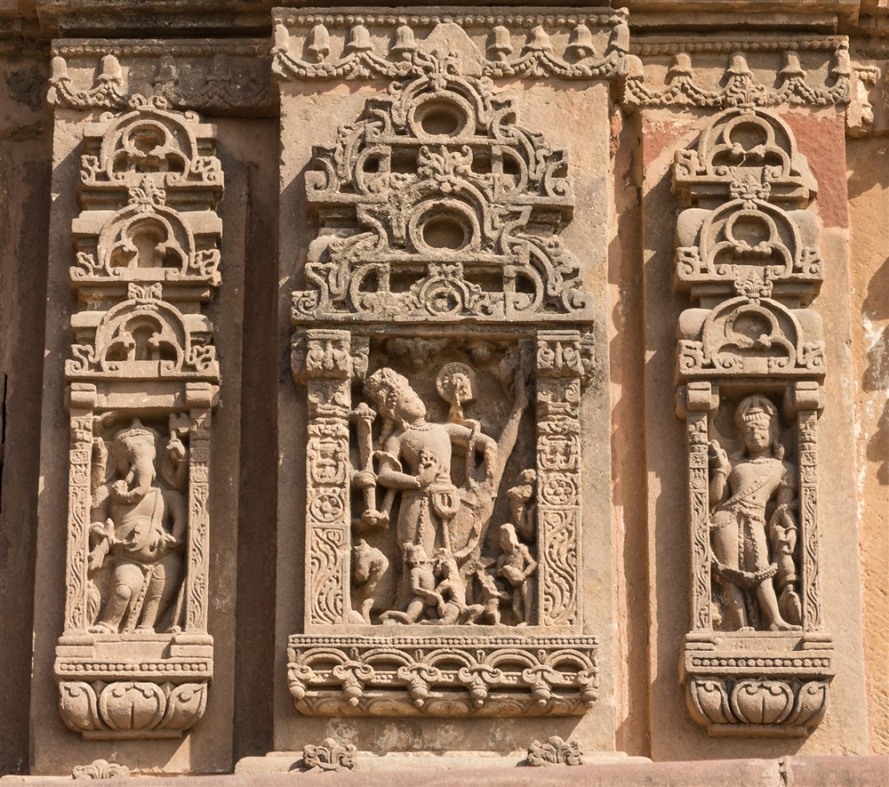 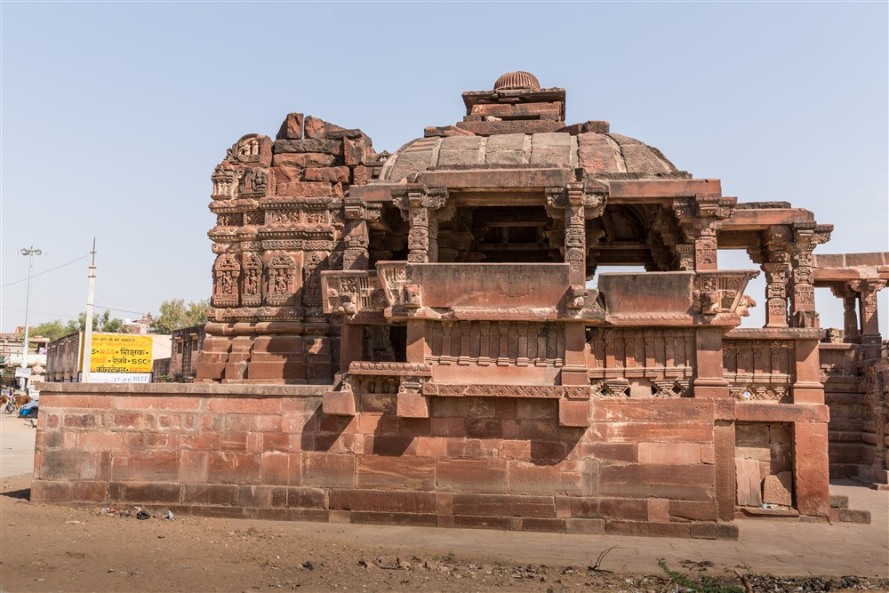 This temple was built around 775 – 800 A.D. and is unique at Osian in that it faces east. The porch is not original but was added later, possibly owing to influences from Harihara #2 just a few steps away. 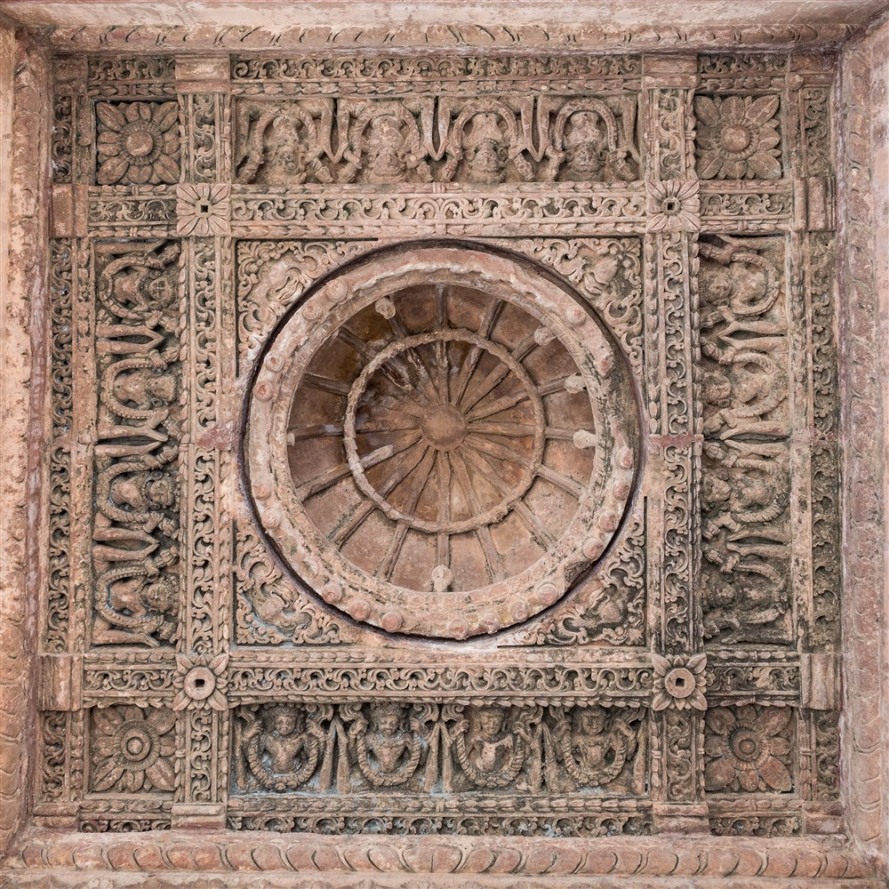 Constructed on a terrace, unfortunately none of the facings remain. Because the sanctum is not square but rectangular, some believe it was constructed to house an image of Vishnu lying in the serpent Ananta. 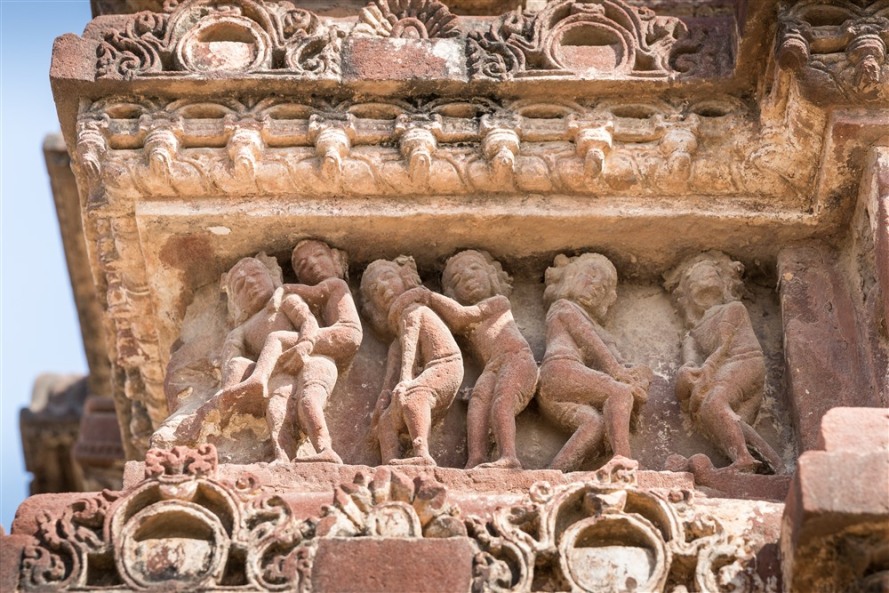 In the following image you can see Harihara as the central image, with a register of Krishna narratives above. 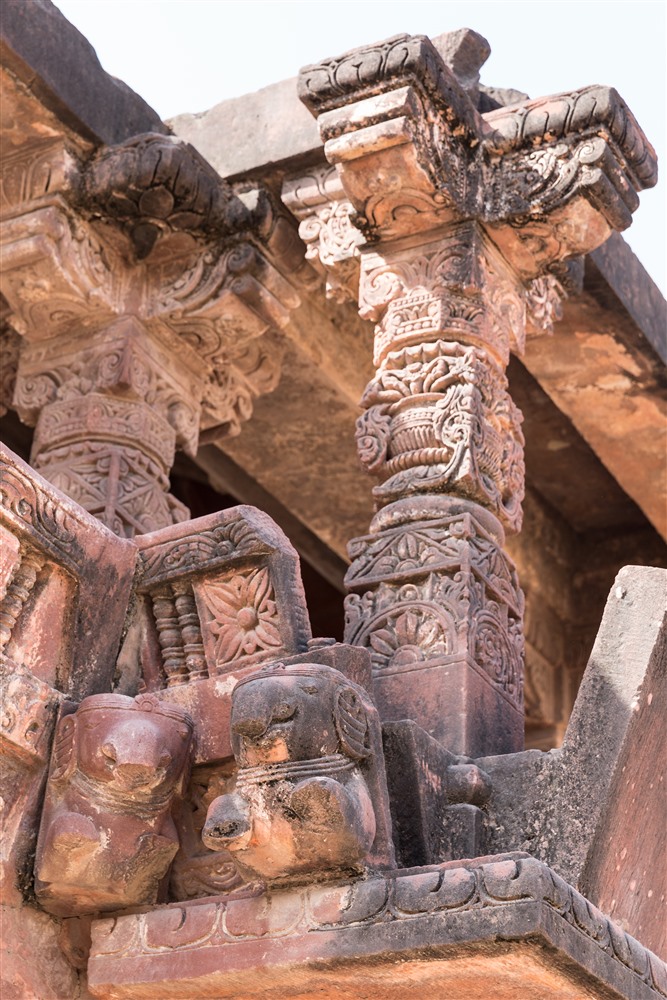 If you are wondering what’s happened to Harihara Temple #1, unfortunately I failed to visit it. The same can be said for the western group of temples, which means I wasn’t really completely successful in my visit to Osian.