In the far north of India set within the Himalayas lies Ladakh. Known as “Little Tibet”, it is a land of dramatic landscapes and mystical Buddhist monasteries.

This is my introduction to the region, detailing what can be seen :

The links above can help you navigate to the appropriate sections, and each place listed is itself linked to a more detailed blog post about my visit to that location.

I’ve been spell-bound by Ladakh, twice in two years, and I suspect it won’t be long before I’m drawn back to this magical place. I hope this post will help others get the most out of their stay there.

Close to Leh and an easy two hour excursion from the town.

Perhaps one of the most beautifully sited monasteries in the whole of Ladakh.

Dating back to the 16th century, King Tashi Namgyal was keen on founding the monastery to atone for a terrible crime he committed – blinding and expelling his elder brother in order to gain the throne.

Basgo has it all, and so often overlooked by visitors to the region.

Built on a hill long thought to be the resting place of the snake gods.

A series of amazing rock-cut temples.

Four of the caves are richly adorned with paintings of Buddhist pantheon from 13th – 15th century AD, representing a fusion of Indian and Tibetan Buddhist art.

The 12th century shrines, abandoned in the 15th century, boast the most magnificent murals in all of Ladakh.

Possibly the most popular day excursion from Leh.

As old as Alchi, Mangyu Gompa is one of Ladakh’s most historic monasteries

It is often one that is overlooked by those visiting the region.

One of Ladakh’s newest and yet most isolated Gompas.

Founded in 1833, there are no settlements nearby and the monastery enforces a very strict regime of Buddhist discipline. 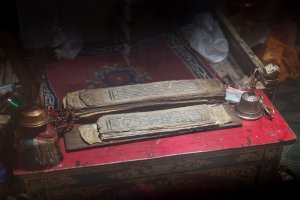 Once a capital of western Ladakh.

With a ruined castle dating back to the 15th century and three old temples.

With a mystique quite unlike any other Ladakhi monastery.

Remote and isolated, and yet not secluded.

An ancient and historic monastery believed to date back 1,000 years.

Founded by Richen Zangpo, who was one of the greatest translators of Buddhist texts. 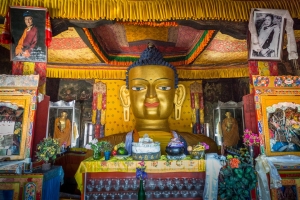 Was the ancient capital of Ladakh as far back as the 10th century.

The highlight of a visit is to see the temple which enshrines a giant seated Buddha.

Built in the 1480s by Palden Shesrab Zangpo, there are now 120 lamas residing in the monastery. Thikse is considered one of the richest in the Ladakh region.

Perched on a dramatic pyramidal hill.

One of the most spectacular settlings for a monastery in Ladakh. 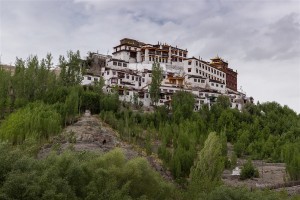 Off the popular tourist trail and rarely sees any visitors.

Nestled high up on a crag on the far side of the river Indus, it’s well worth a visit for the astonishing views the monastery commands.

Home to the “Jesus Scroll”, a Tibetan manuscript translated from the ancient Indian language of Pali that tells the story of Jesus Christ and his hypothesised travels in India.

Built around 1645, it was founded by Stag-tsang-ras-pa under royal patronage.

Today is home to around 100 lamas.

Much of the monastery was only constructed 100 years ago, but it has grown out of a cave hermitage where Padmasambhava (Guru Rimpoche) is believed to have once meditated. 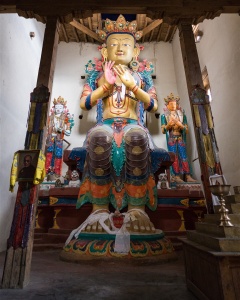 Restored by THF, and pre-dates Leh Palace by some 200 years.

It is thought to have been built by King Tragspa-bum-ide, who ruled during the first half of the 15th century.

Access is limited, it is best visited as part of the Leh Heritage Walk.

One of four temples that are considered part of the Leh palace complex in Ladakh.

It is probably the hardest to reach on foot, being located immediately below Leh Palace with no easily identifiable path to it from Leh old town.

The best time to try and see this temple is early in the morning.

Dedicated to Avalokiteswara, the Buddha of Compassion.

It is believed to have been built in the 17th century by King Deldan Namgyal, who reigned over the Ladakh region from 1642 to 1694. 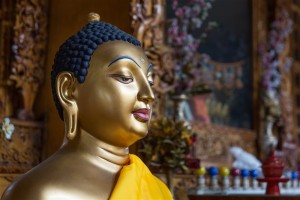 A large modern gompa just around the corner from Leh’s Main Bazaar. It”s also the location of the Ladakhi Buddhist Association, a conservative political organisation with ties to Hindutva groups. 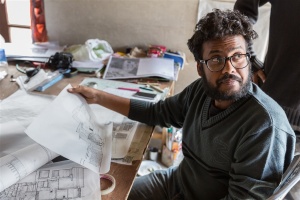 See the amazing work being conducted by THF/LOTI in Leh’s old town, trying to preserve the rapidly disappearing heritage of the town.

A highlight of a stay in Leh. 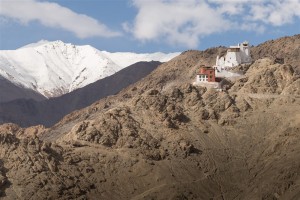 Leh’s first royal residence, and just like all Ladakhi capitals, Leh too had its first fortress built at the highest elevations.

With the passing of time and the kings becoming more confident, subsequent palaces were built at more accessible lower elevations.

The most dominant building in Leh.

Without doubt one of Ladakh’s most imposing structures, dominating the landscape around Leh it’s impossible to ignore, it’s ever present, and both amazes and awes all visitors to the region. 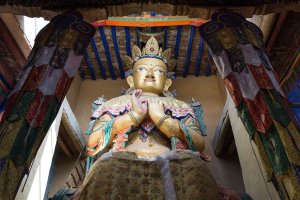 Housing a giant image of Maitreya, the Future Buddha, sitting within a two storey shrine flanked by Avalokiteswara and Manjushri, the Buddha of Wisdom.

The walls are richly decorated and vibrant, it’s well worth the climb to view this temple.

On the western side of Leh Valley.

Built by the ‘Peace Sect’, an association of Japanese Buddhists, the Shanti Stupa crowns a hill on the western edge of the Leh valley.

A total of 157 steps take you to the summit. 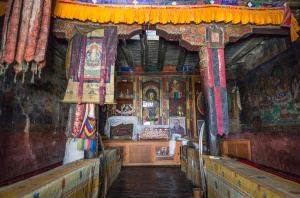 This was until the 1950s one of the main Buddhist temples in Leh before a new and much larger temple was built down below on the Main Bazaar Road.

Located in the eastern highlands of Changthang bordering Tibet.

Pangong Tso is one of Ladakh’s most spectacular and popular destinations.

The drive to the lakes is simply breathtaking !

At an elevation of 18,379 ft, the Khardung La is the world’s highest motorable road.

Get that top-of-the-world feeling !

It serves as gateway to the Nubra Valley. 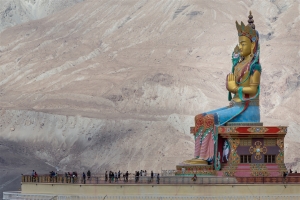 Dating back to the 15th century, Diskit Gompa is Nubra’s most historic monument.

Situated 150m above the village of the same name, the zig-zag road up passes by the new giant 32 meter high statue of Maitreya (the Future Buddha). 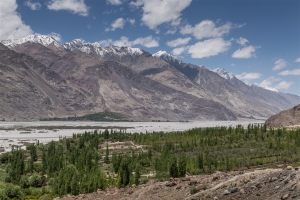 Founded in 1841 by Lama Tsultrim Nima, and set within an awesome landscape.

Inaugurated by the Dalai Lama in 1962.

An oasis amidst the arid mountains.

The most memorable journey anyone can take in the Nubra Valley.