Thikse is 19km from Leh, and was my second stop on my tour of Gompas south of the town.

Thikse belongs to the Gelugpa order, which is the most dominant of the four Tibetan Buddhist schools, whose pope is the Dalai Lama. 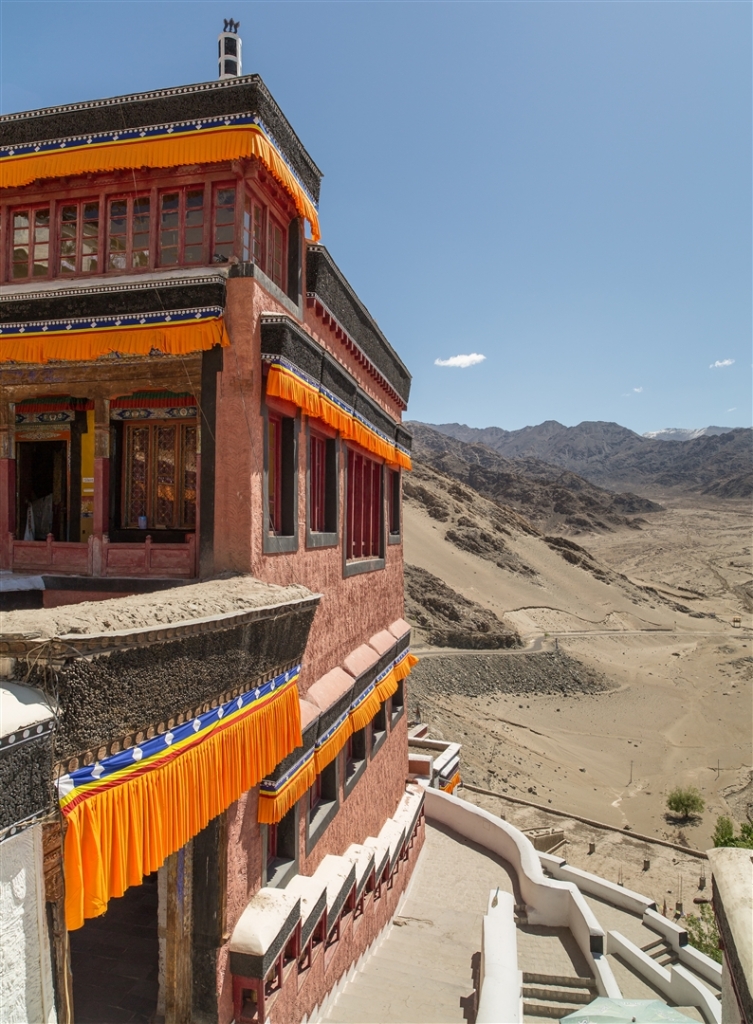 Built in the 1480s by Palden Shesrab Zangpo, there are now 120 lamas residing in the monastery and it’s considered one of the richest in the Ladakh region.

The monastery has ten temples, the three most significant being Dukhang, Gonkhang and Chamkhang. 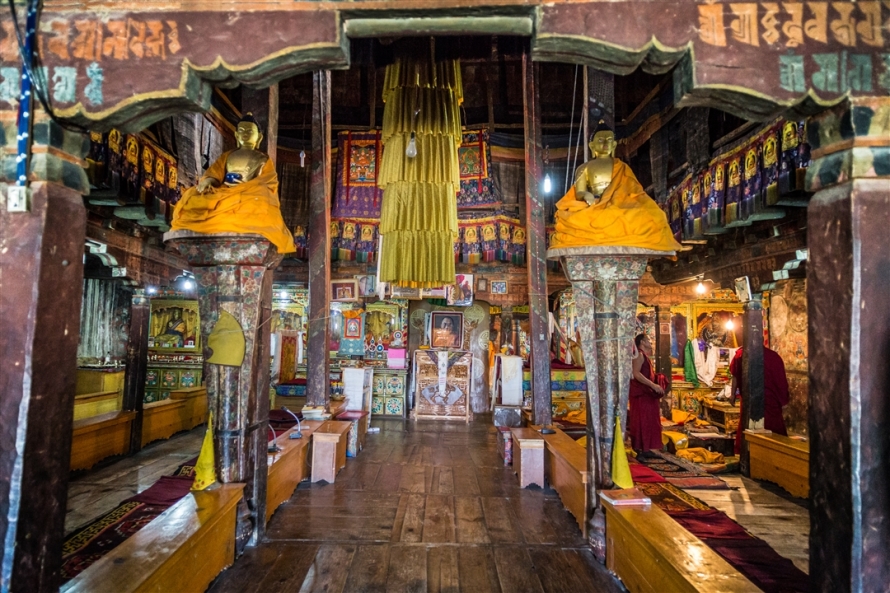 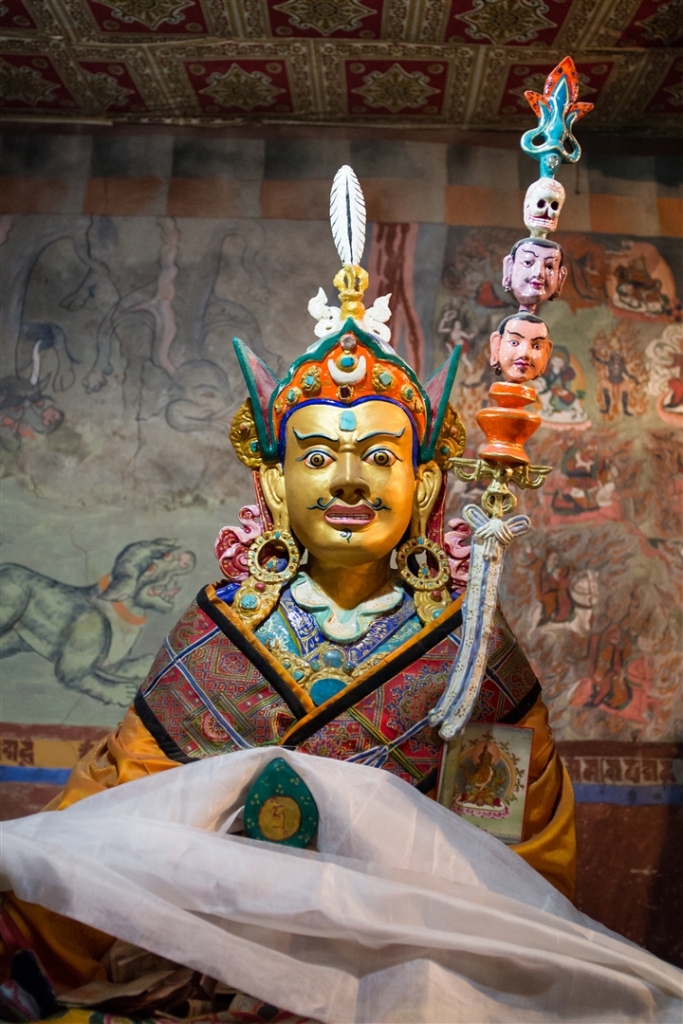 The most interesting for me was the Gonhang, the temple of protector deities. It’s a small, dark and spooky room with a huge image of Yamantaka (the Terminator of Death), and some interesting wall painting depicting dancing skeletons. 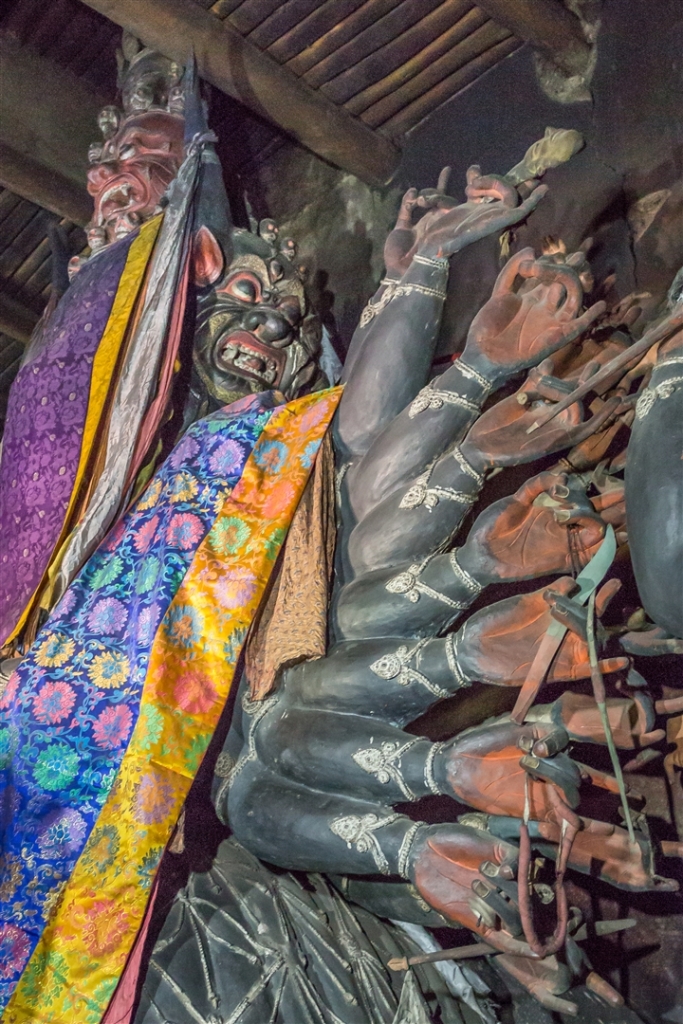 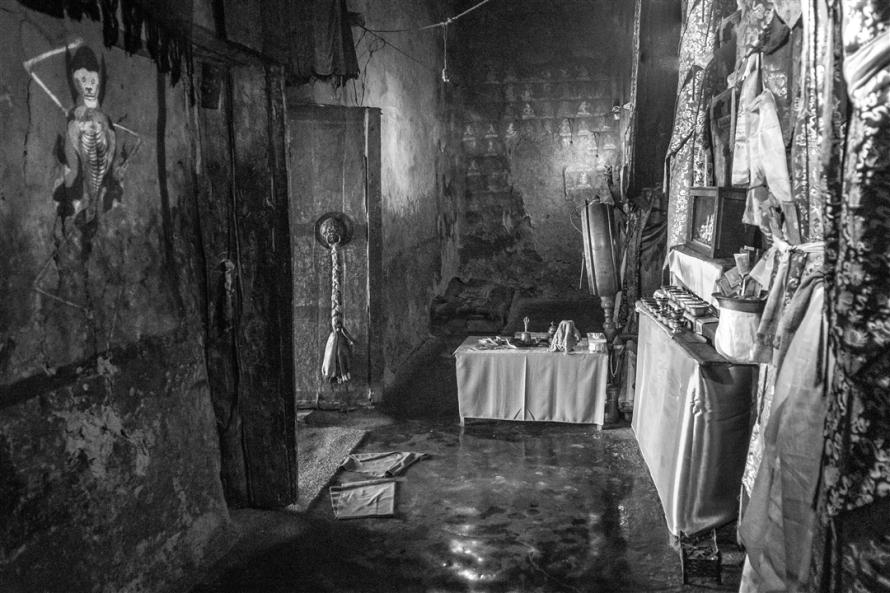 The most famous of the temples is the Chamkhang, housing a 12m high statue of Future Buddha which is widely considered the most beautiful image in all of Ladakh. It was completed in 1980, and was consecrated by the Dali Lama.

Just as you do at Shey Gompa, you enter the temple on the upper level. 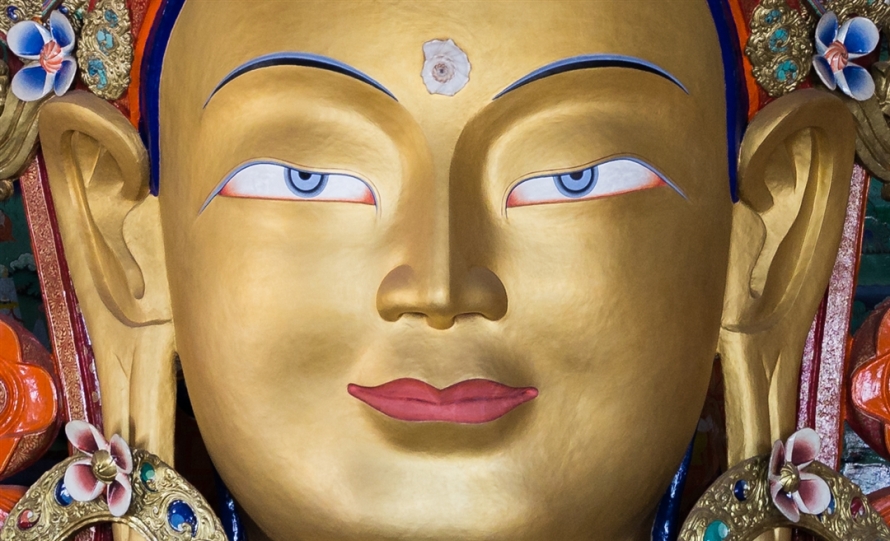