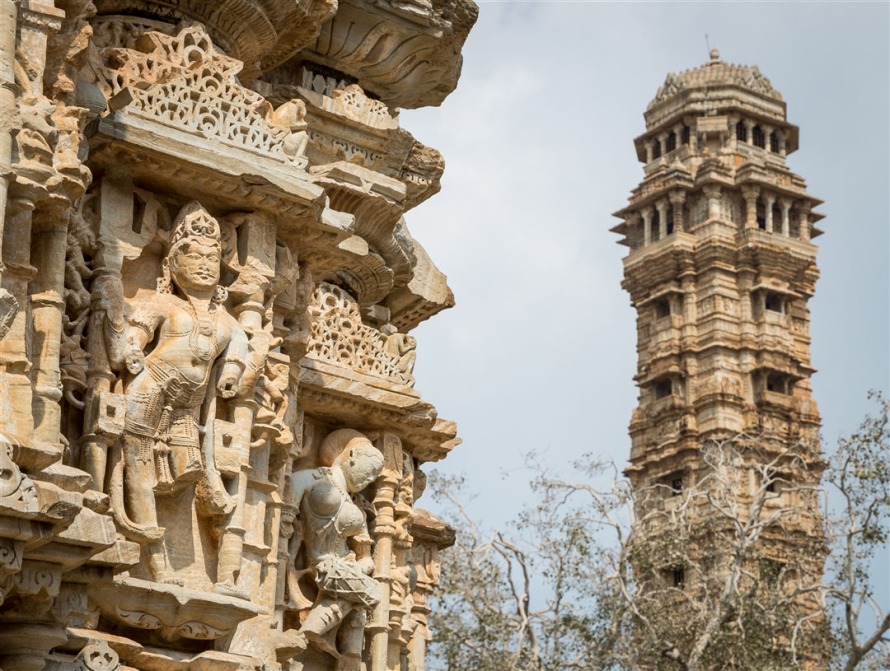 Chittorgarh Fort is a mightily impressive hill fortress looming high above the town of Chittor, 100km east of Udaipur. This is the perfect day excursion from Udaipur, although the conditions did make for great photography when I was there. The combination of harsh sunlight only to be followed by a brewing storm meant I was left a little disappointed by my artistic endeavors.

However, the fort itself is absolutely spectacular, and it’s little wonder that in historical terms Chittorgarh is arguably the most important site in Rajasthan.

Chittorgarh is believed to have been founded early in the 8th century by Bappu Rawal, and was the original capital of Mewar.

Chittorgarh first came under attack in 1303 by the Siltan of Delhi and was under siege for seven months. It was 20 years later before the deposed royal family recaptured the fortress.

The second sack of Chittorgarh was in 1535 by Bahadur Shah, the sultan of Gujarat. For the second time the women of the fortress committed Jauhar, or mass suicide, rather than be captured by the invaders.

The third and final sack of Chittorgarh was by the Mughul army of Akbar in 1568, after another lengthy siege of five months. The defense was led by two young local chieftains, Jaimal and Patta, whose feats of bravery became the subject of ballads that are still sung in Rajasthan. 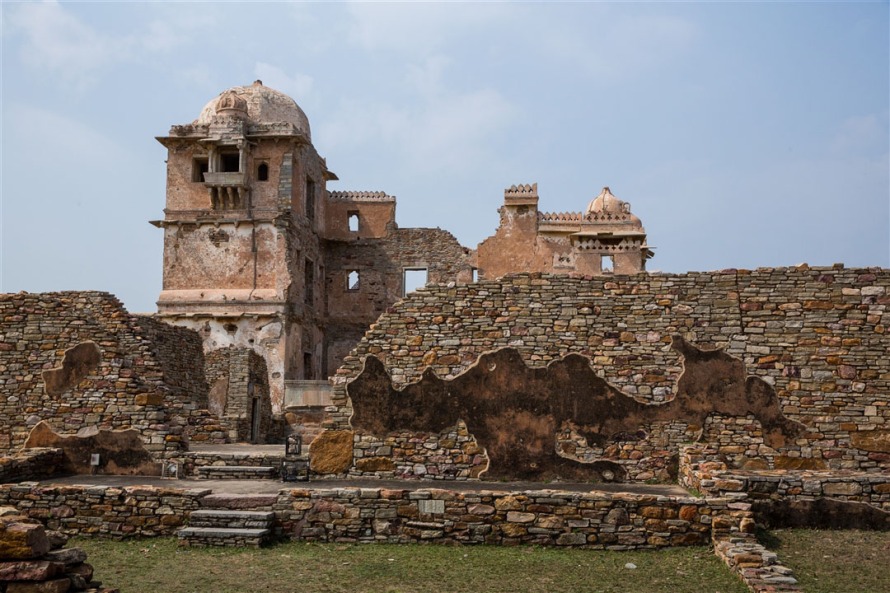 The first set of buildings you come to is the Rana Kumbh Palace. It’s a confusing mass of structures that’s quite difficult to navigate around, but be sure to head to the edge of the hill to look down on the town of Chittor below.

Along the way you may notice some inaccessible underground chambers. It’s here that Queen Padmini is said to have burned herself to death during the first siege of Chittorgarh in 1303.

Heading south from the Rana Kumbh Palace, you come to the Mira Temple. This where the celebrated 16th century poet and Krishna devotee Mirabai worshipped. 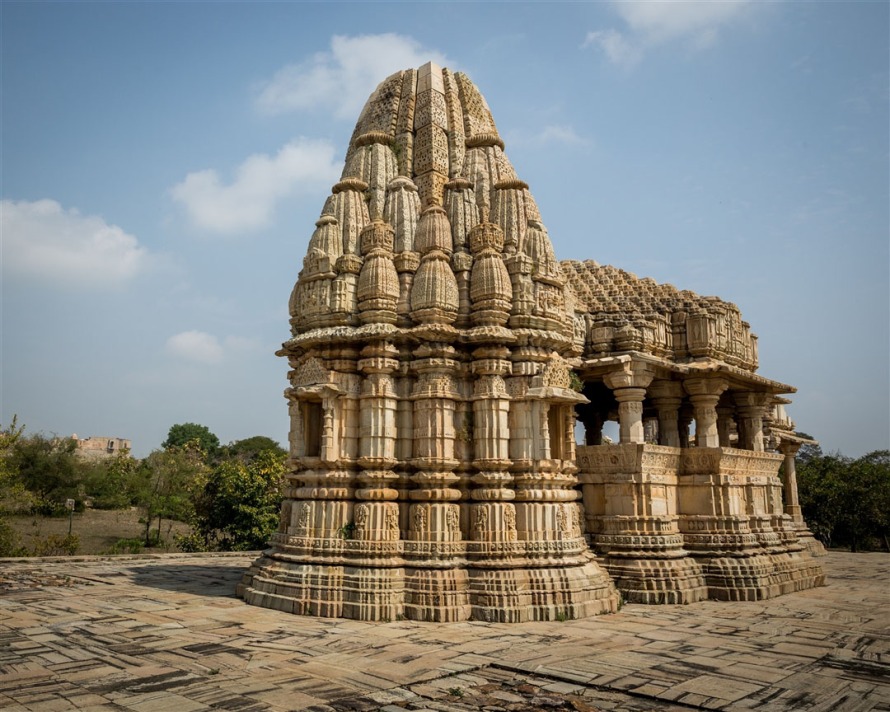 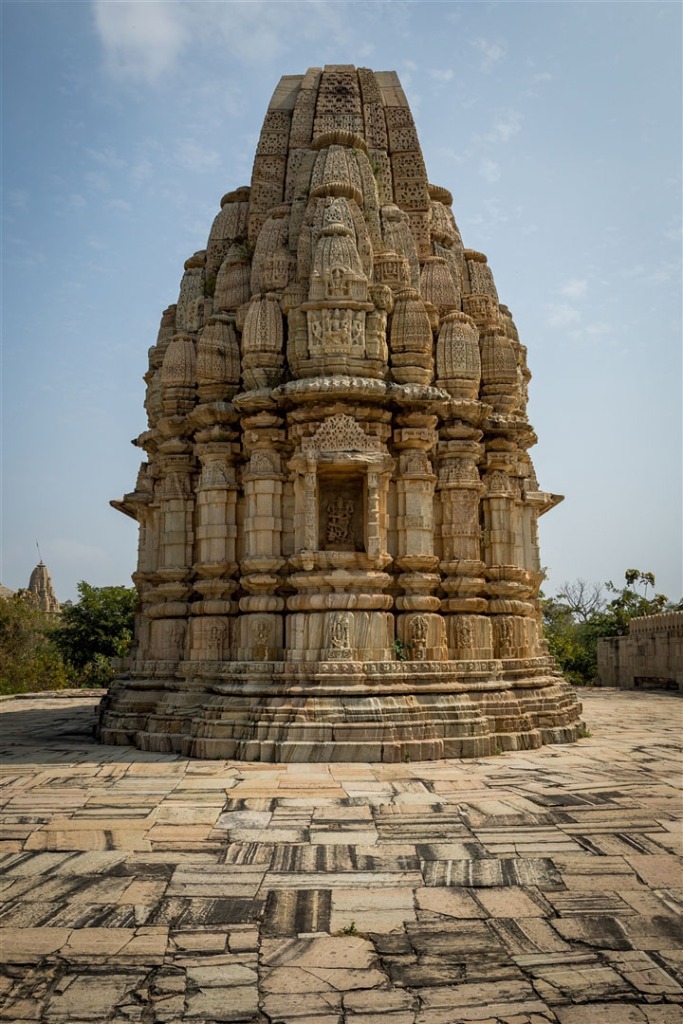 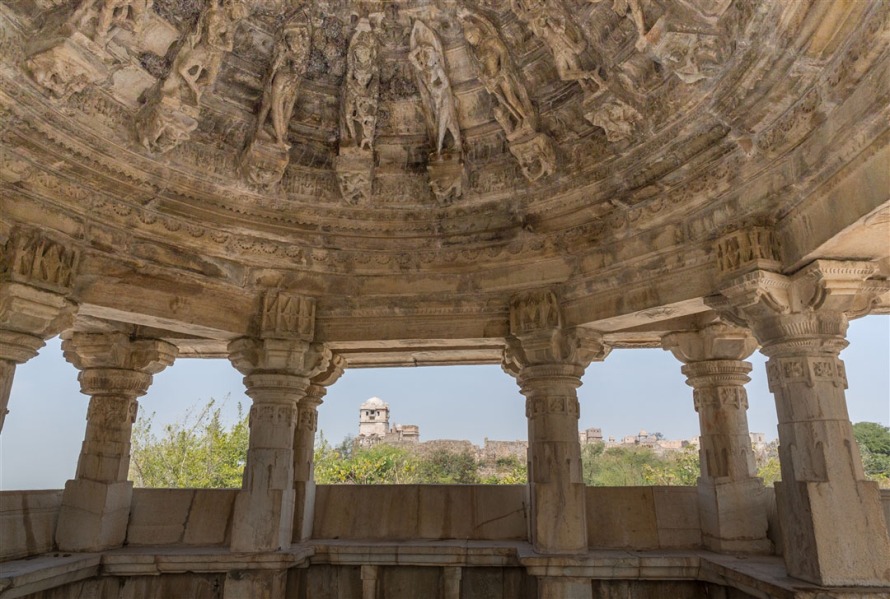 Nearby to the Mira Temple is the Kumgha Shyam Temple. This 15th century building is constructed on the ruins of an earlier 8th century structure, and is dedicated to Krishna. A plinth, wall niches and even some of the columns looks as they they have been reused from this earlier phase of temple on the site. 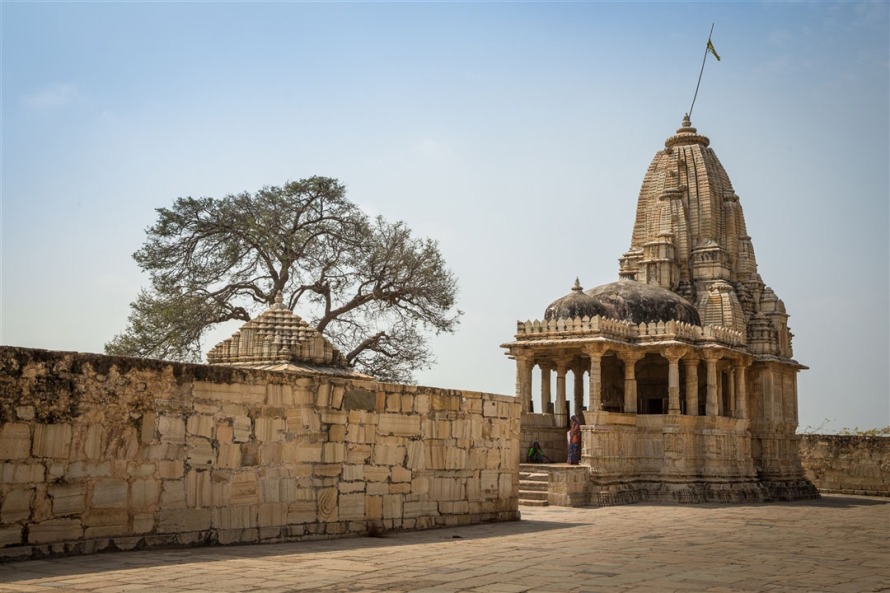 Across the road is the Sringar Chauri Jain Temple, built in 1448 and has some fine external carvings of warriors, maidens and musicians. 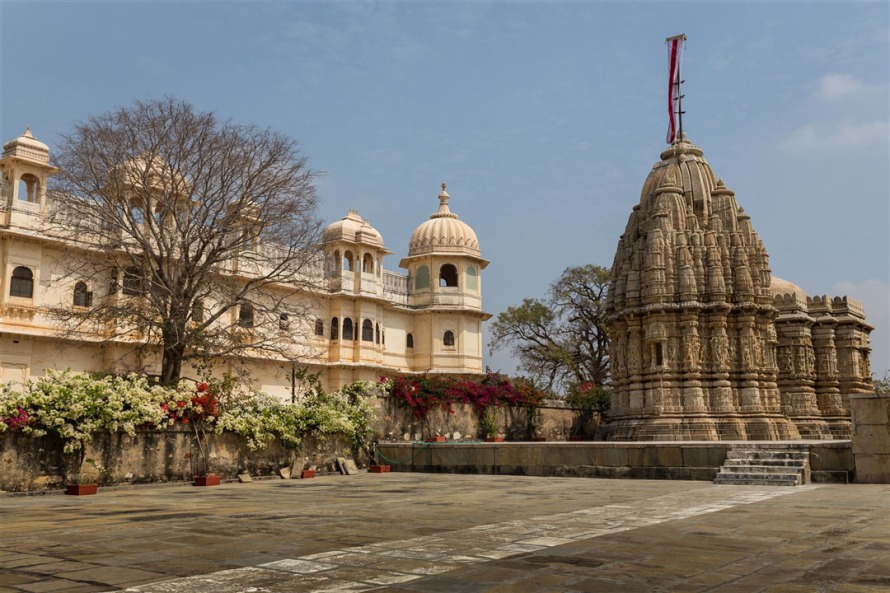 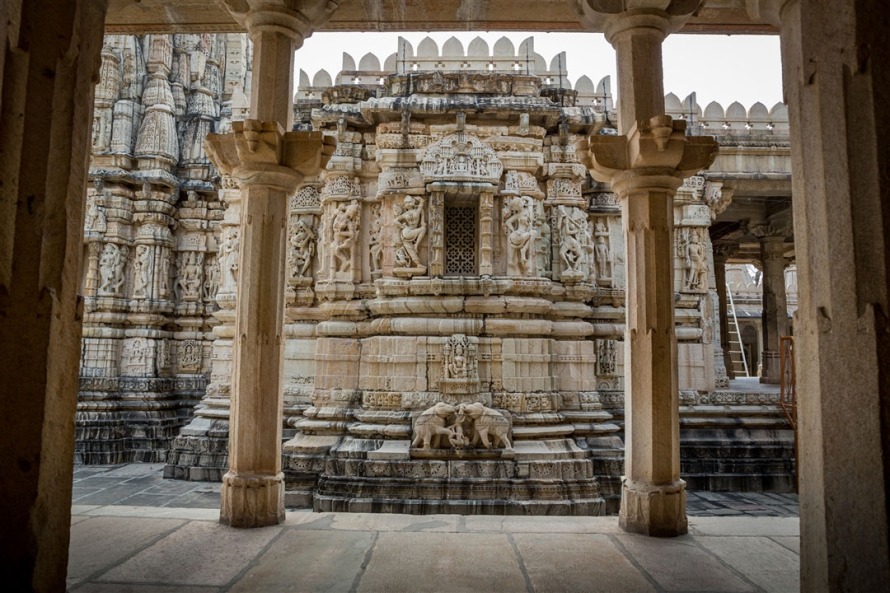 Then head south, and on to the main event – the landmark of Chittirgarh that dominates the skyline and acts as a good point of reference as you walk around the hilltop. The 37m high Vijay Stambh, or Victory Tower, was built in 1448 to commemorate Rana Kumbha’s victories over the sultans of Malwa and Gujarat, and is covered with amazing carvings of Hindu deities.

Beyond Vijay Stambh is the 11th century Samidheshvara Temple, dedicated to Shiva, standing at the top of some stairs leading down to a pool known as Gaumukh Kund. The Gaumukh Kund literally means “pool of the cow’s mouth”, so called because the spout out of which water comes is believed to represent the mouth of a cow. Note that the pool actually resides outside the city walls, which struck me as a little odd for a place that has been so often under siege ! 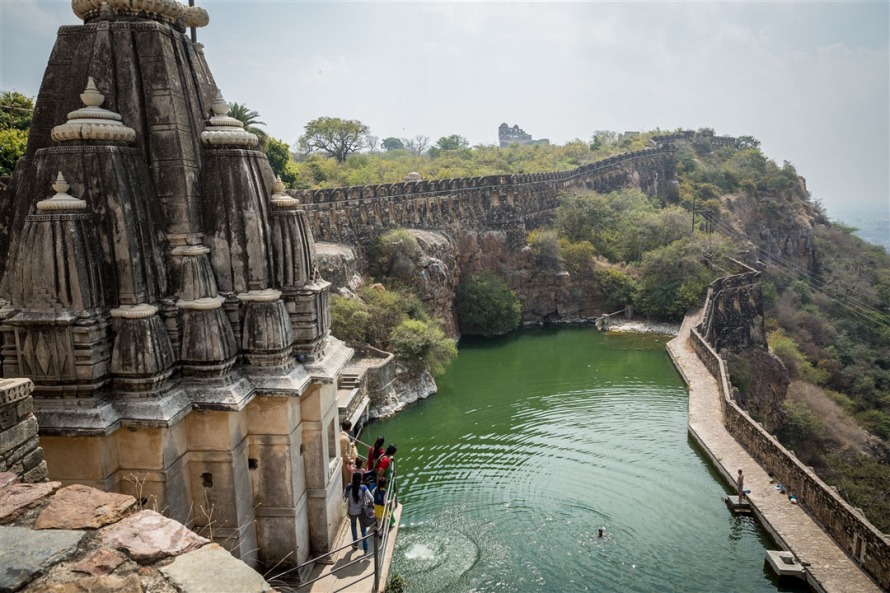 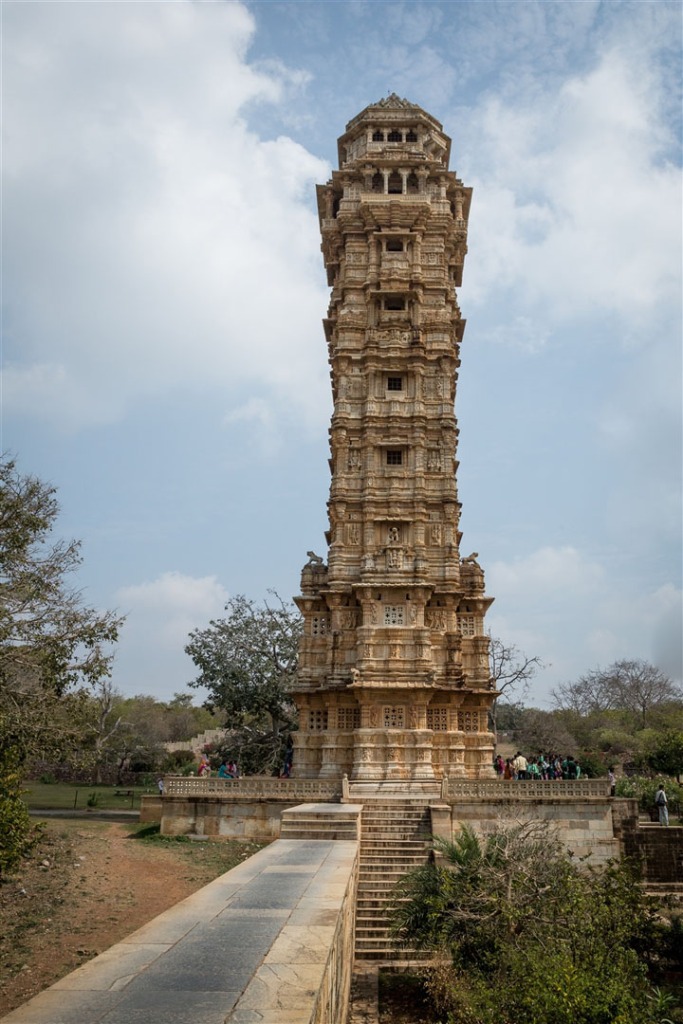 Beyond this complex of temples you will come to Padmini’s Palace. This is a quiet peaceful set of buildings overlooking a large lake and a little less crowded than some of the other monuments. There’s also  a series of courtyards and gardens to roam about.

At this point I headed west and then north to explore the opposite side of the hill. Here there is the Adbuthanata Temple, before you reach the Kirti Stambh. 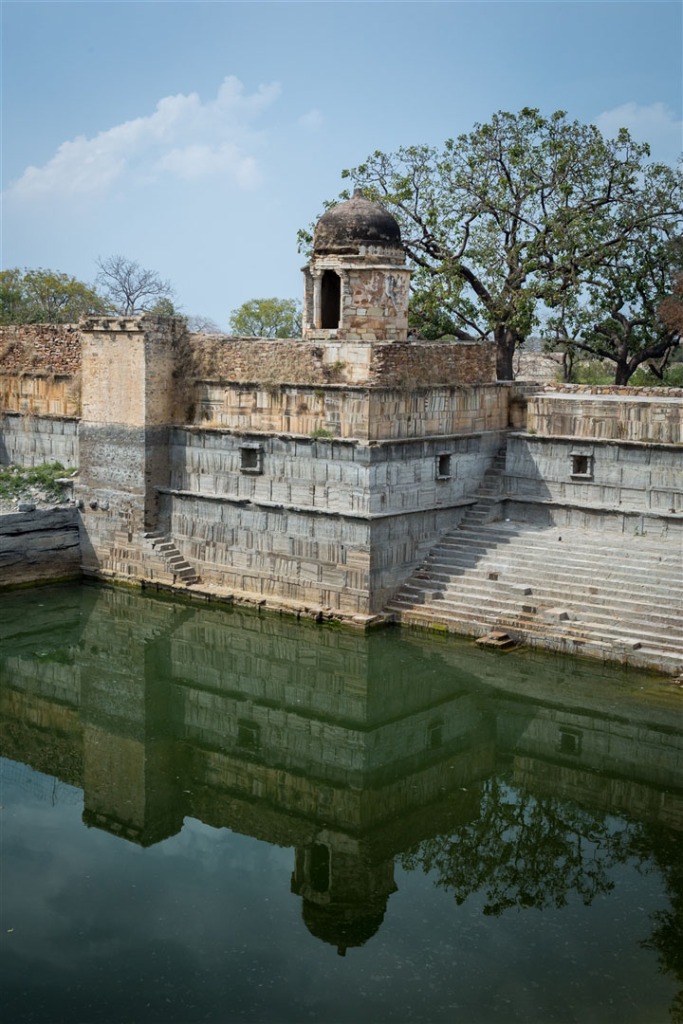 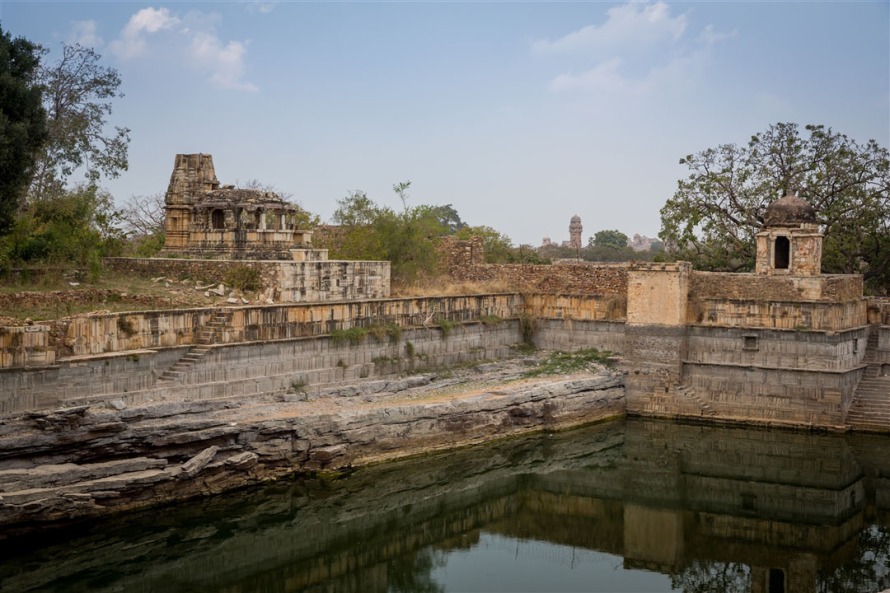 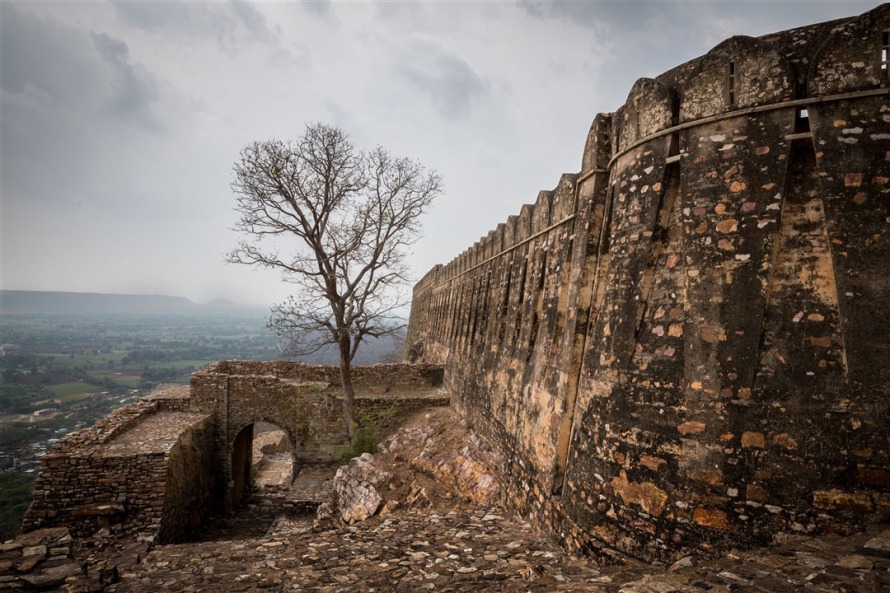 The Kirti Stambh, or Tower of Fame, was constructed in 1301 and actually inspired the later and taller Vijay Stambh. It is in fact attached to a Jain temple, 24.5m tall, with six stories, sporting six large naked standing images of Adinath at the lowest level. Unfortunately you are not allowed to climb the tower anymore.

As the clouds turned ever darker and with the almost constant rumble of thunder in the distance, I decided to end my visit to Chittorgarh. 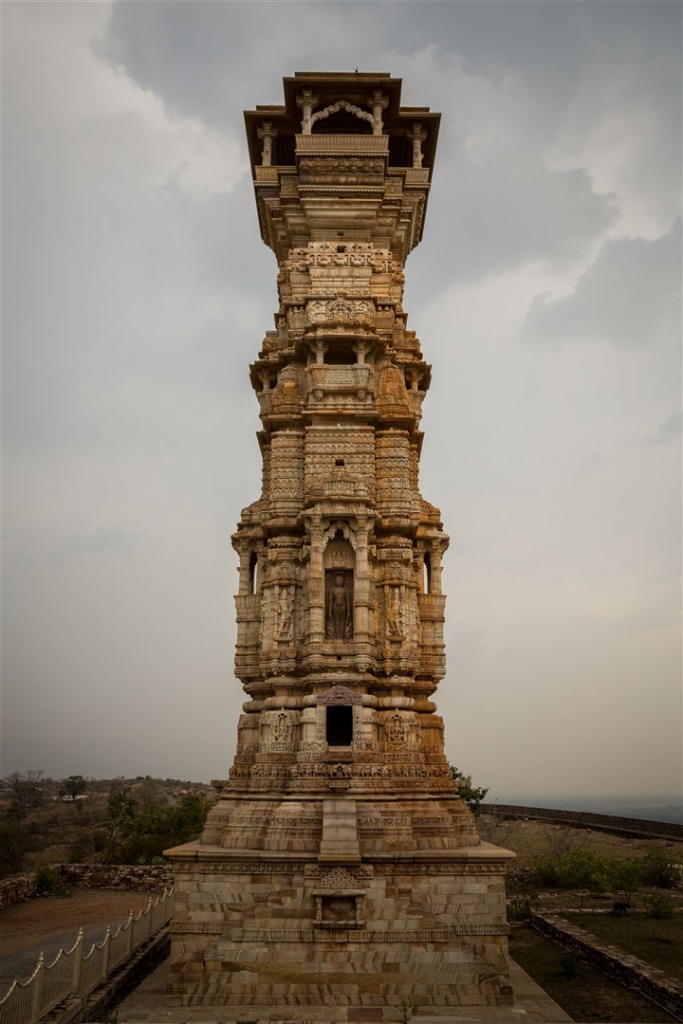