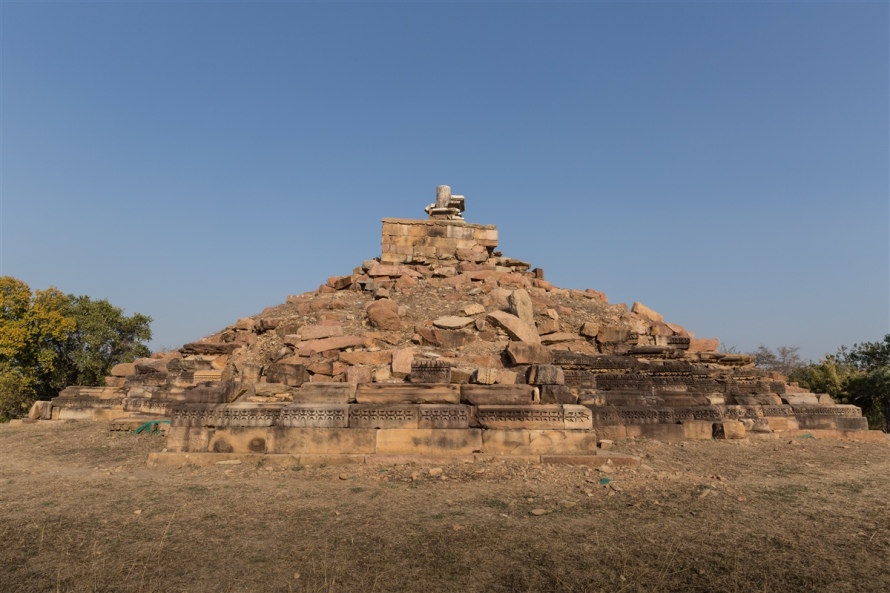 Bijamandal (or Beejamandal) Temple is situated just outside Jatkari village, not far from the Chaturbhuj Temple. The site was open to the public in March 1999 to mark the Khajuraho millenium year, and today has only been partially excavated.

Excavations conducted at Bijamandal during 2002 and 2003 have revealed the lower remains of a temple structure datatable to the 10th – 11th century A.D. The staggering thought is that these are the remains of what would have been the largest temple at Khajuraho, with a total length of 34.6m it trumps the Kandariya Mahadeva Temple by just over 4m. 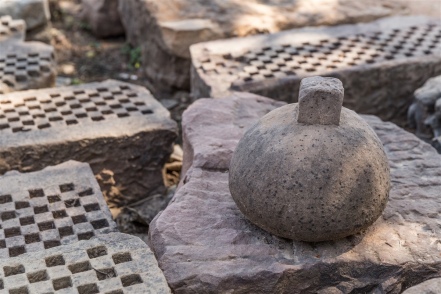 However, due to the large number of incomplete carvings found at the site, it is thought that the temple was abandoned whilst construction was still in progress.

Images of Shiva, Brahma, Vishnu, apsaras and vyalas have been found here, along with an exquisite carving of Sarasvati that can now be seen in the site museum.

What remains today is the fragmented plinth with some great carvings around the edge, and a huge amount of excavated carved masonry laid out in front of the mound ready for a monolithic jigsaw puzzle to commence. Crowning the mound is a linga on top of a  pedestal, unlikely to be the original of course. 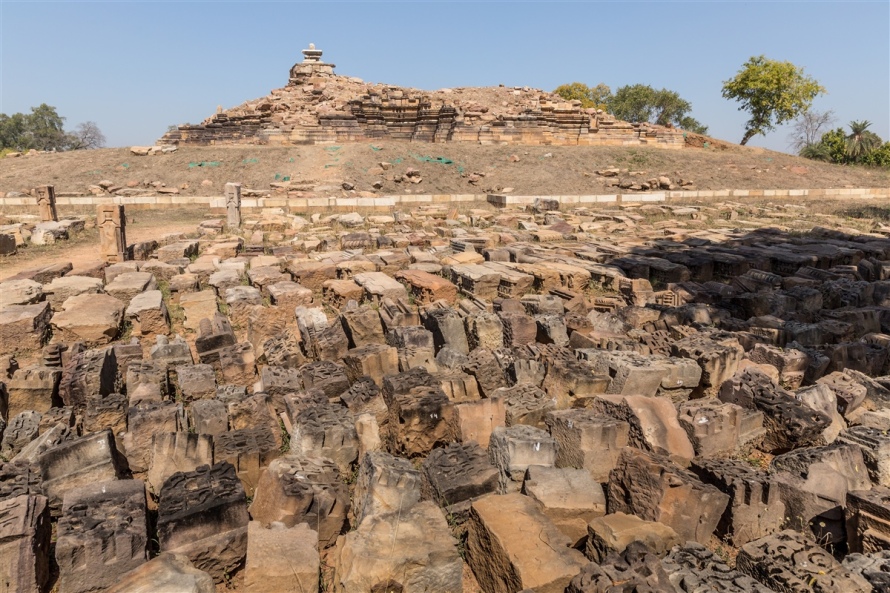 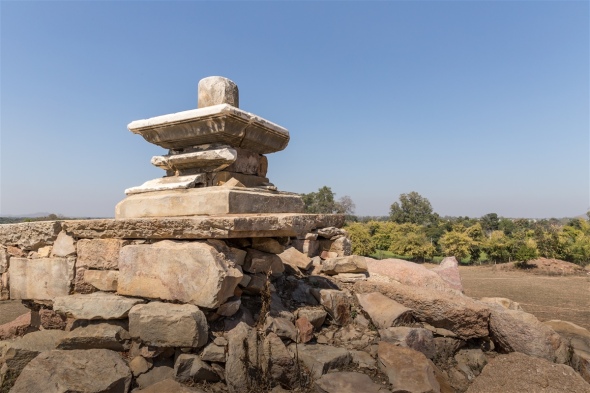 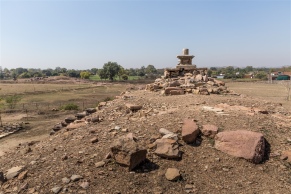 To one side of the mound is a sheltered area with boards explaining some of the work done here. The caretaker/guards will be more than happy to show you around and explain in more detail exactly what there is to see, and the story of the excavations and renovations thus far. 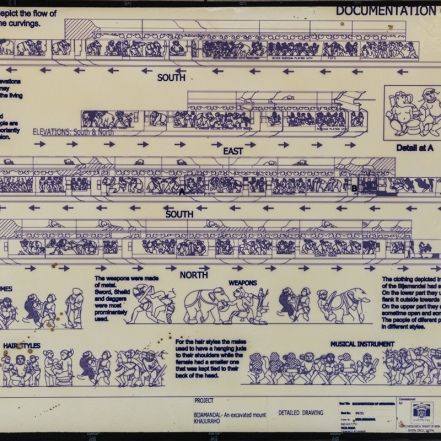 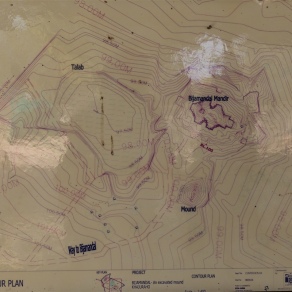 When Major Alexander Cunningham inspected the site, he believed this to be the Vaidyanatha temple, built by Gahapati Kokkala and mentioned in his inscription dated 1001 A.D. That inscription is now fixed to the Vishvanatha Temple over in the western group.

Bijamandal is one of eighteen unexplored mounds in the vicinity of Khajuraho, I suspect this World Heritage Site has a lot more secrets yet to be uncovered…